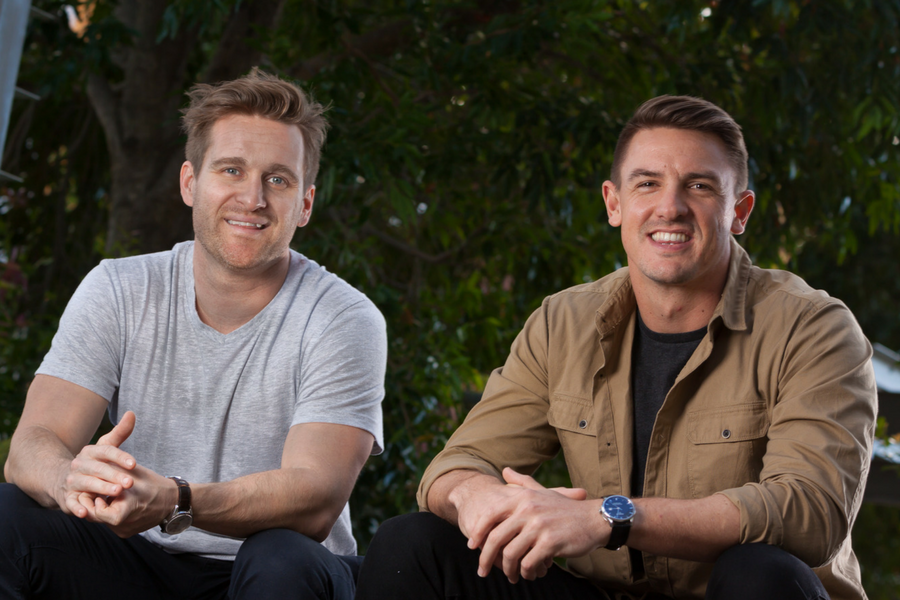 For those new to #shredding, finding the right gym can be difficult. The rise of chains means memberships are cheaper than ever, however low cost can mean losing access to classes, and for those that need a little motivation, classes are key.

After comparing and contrasting local gyms, however, some of us still can’t take the next step to actually go in and sign up (unless it’s New Year’s Day). For some, there’s a sense of intimidation associated with gyms thanks to stereotypes of pushy gym managers using aggressive sales tactics to upsell memberships and contracts you have to sell your firstborn child to break.

Looking to solve these problems is Gold Coast startup MiGym.com.au, dubbed by cofounders by Sam Warhurst and Ryan Elliott as “the iSelect for gym memberships”. The startup has developed an online platform that allows customers to search for nearby gyms, compare and contrast memberships, and then sign up and manage their memberships online – including cancelling, if need be.

The startup’s current iteration is the result of a pivot from another idea, which had users sign up to the platform for 30 days, during which they could visit and trial any number of gyms associated with the service before signing up for a membership.

However what the team found, Warhurst said, is that customers kept going to the same gym – most often one conveniently located – for those 30 days rather than trialling a variety. They also found that customers liked the 30 day aspect, as it meant they weren’t locked into a membership.

Seeing these two factors as core to the service, work began on MiGym.

Having been part owner of a Gold Coast gym in the past, Warhurst said he’s passionate about the platform because it’s looking to solve a problem that he saw over and over again during his time running the gym.

“If people have had a bad experience at one particular gym, they suddenly think, ‘gyms aren’t for me’, and think every gym is going to be exactly the same. It’s quite sad that one bad experience can put a damper on someone even wanting to try a gym again, so what we do is try to lower those barriers to entry,,” he said.

“A lot of people also feel like they’re pressured into joining a gym, then to actually cancel their membership can be even harder, because you need to talk to a manager, you need to give 30 days notice, you’re locked into a contract. We’re trying to lower those barriers for people who might have had a bad experience, or just those that have never been a member of a gym because they’ve felt too intimidated to walk in.”

Should a membership not work out, a customer can simply cancel it through MiGym, no awkward conversation to be had with a manager or salesperson who will try to keep them on.

On the flip side, Warhurst believes the benefits are also clear for the gym owners, for whom the market has become heavily saturated with chain gyms over the last five to 10 years.

“Gyms are starting to go next to each other; if you look at any suburb these days, it’s like there’s a gym on almost every corner, and the tough thing for them is to keep acquiring new members. What’s happening is they’re acquiring new members by dropping their prices, which means they have to find more members to cover the bills,” he explained.

The startup works through a cost per acquisition model, which means gyms can be listed on the site for free, with a percentage taken only when a member signs up through MiGym. As a bonus, Warhurst said gym owners are having people walk in to sign up and saying they found the gym through the platform.

“That’s fine, but we’re finding members for them without them paying for it or doing any work, so they’re happy to come on board,” Warhurst said.

Customers pay the same amount through MiGym that they would signing up in person at the gym itself. The platform does not yet offer 12 month memberships but has that on the to-do list.

At the moment, the startup is looking to target three types of customers: first-time gym goers, those that have exercised in the past but then stopped and are now looking to get back into it, and those who have had a not so pleasant experience at a gym in the past.

So far, Warhurst said the startup’s customer base is predominantly female, with those aged 25-34 making up the core demographic. Having seen this base through their previous model, the startup focused its content and marketing efforts around this demographic for MiGym.

With gyms around the Gold Coast and other parts of Queensland signed on, the next few months will be spent expanding into Melbourne and Sydney, but Warhurst has dreams for MiGym beyond just going national that he admits “sounds pretty corny”.