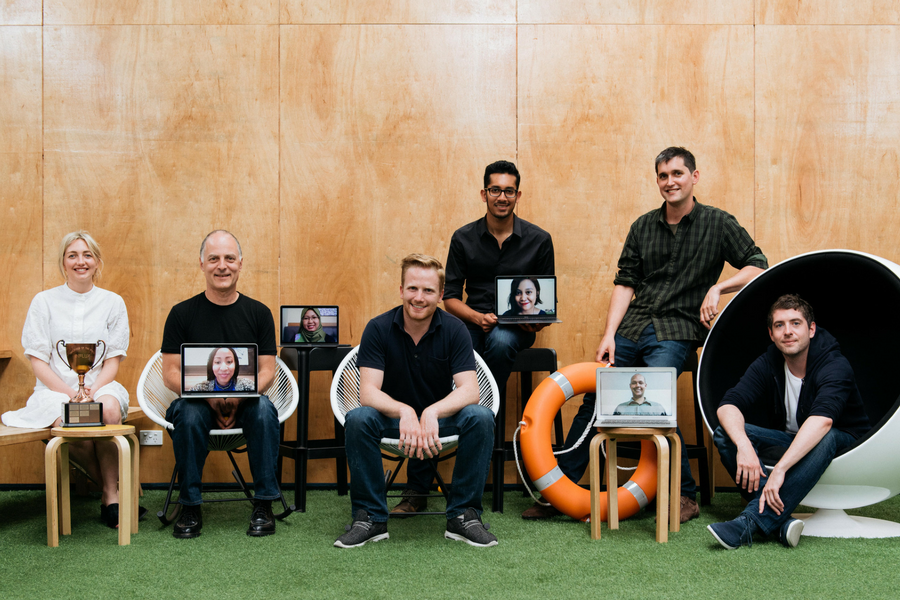 Along with drones and VR, bots have been the talk of the tech world for the last couple of years, with startups eager to automate everything from how you pick the next thing to watch on Netflix through to finding the best deal on and booking a flight.

Looking to prove that a human touch still can go a long way, however, is Melbourne startup Influx. The startup looks to provide high quality customer support for businesses operating online, from SaaS companies to online retailers, app developers, and so on.

The startup was founded in late 2013 by Leni Mayo and Michael De Wildt. At the time, De Wildt was running a WordPress plugin called Dropbox for WordPress as a side business; as it grew in popularity, De Wildt found the support work was becoming too much for him to handle on the side as he also worked his full time job.

From there, he decided to create Influx, starting by offering to do support work for his friend’s company along with his own.

Mayo, too, had faced a similar problem running an open source plugin for Mozilla, and joined up with De Wildt.

Developed with $750,000 in seed funding, the Influx service works by having a client start with a two to four week trial, which Holmes explained focuses primarily on training, where the Influx team looks to learn the client’s business, support processes, how they want Influx staff to have a conversation with customers, and so on.

“In a lot of ways, the process of hiring Influx is very similar to hiring a single person to help with support, except with Influx, you have multiple people answering questions, plus management and QA layers that help with the ongoing agent training,” he said.

“Our output as a company is the same as hiring someone, too. All of our answers come from within your own help desk, and we can use any existing support processes in a client’s help desk, so we can do things like tag tickets or escalate product suggestions.”

When it comes to training Influx staff in a client’s business, Holmes said the training is broken down into key areas, including understanding what conversational voice they want, getting to know their products and refund or return policies, their most common troubleshooting issues, and how they want bug reports prioritised and investigated.

Different types of businesses require different things; the challenge for ecommerce support, for example, is matching a company’s brand voice and understanding each store’s refund and replacement policies. Support for a SaaS company might require the ability to troubleshoot issues.

“With mobile app support, our team actually acts as an extension of an existing product development team. Our team troubleshoots bugs and issues, prioritizing in real time, and feeding the most important information to the development or QA lead for the app,” Holmes said.

Influx is working with companies of varying sizes, and adjusting its support to suit. For companies seeing 100 to 1,000 tickets a month, Influx will typically provide frontline support, meaning its team is the first to see tickets and will answer around 80 percent of them, then escalating or assigning them based on the rules given by a client.

For companies with over 1,000 tickets per month, Influx provides off-hours or weekend coverage, filling in the gaps for their internal support teams and covering when internal agents take holidays.

Beyond the systems, of course, the key to Influx’s service is its people. Holmes said the startup looks for five key qualities in its hiring: commitment, resilience, self awareness, initiative, and empathy. As well as support agents, Influx has a team of engineers to help with technical support.

As well as staff in Melbourne, Influx hires across Indonesia, Kenya, and Jamaica; as such, Influx has been working on developing technology to help coordinate across timezones.

“What’s interesting is Influx started out as a people business, but now it’s turning into more of a technology business,” Holmes said.

“In order to provide high quality support at all hours, we need our agents to know where to focus in real-time, and we need to know what’s happening across all clients’ help desks in near real time. By building this technology layer, agents and managers can work across multiple accounts, which lets us provide fast, 24/7 service,” Holmes said.

While acknowledging chatbots are “definitely on the horizon” and may have some place in the Influx business in the future, Holmes believes that, for the moment, most of the customers of Influx clients – among them Vend and Sendle – want to talk to a human.

“Almost all of our clients use high quality customer service as a competitive advantage. We’re not the cheap and fast option. In fact, most clients come to us because they want to improve their customer experience,” he said.

“I also think that technology-powered human support will become more of a thing before 100 percent AI support. I think there’s a huge opportunity to use technology to make people two to three times more effective, while not taking on any of the risks associated with fully-AI chatbots,” he said.

Over the coming months, Influx’s goal will be improving and expanding its quality assurance system for support tickets and rolling out 24/7 live chat support. The challenge here is that, as opposed to email support models, where companies often implement triage systems to have groups of agents focus on specific areas of support, live chat support requires agents to have near real-time knowledge across all topics.