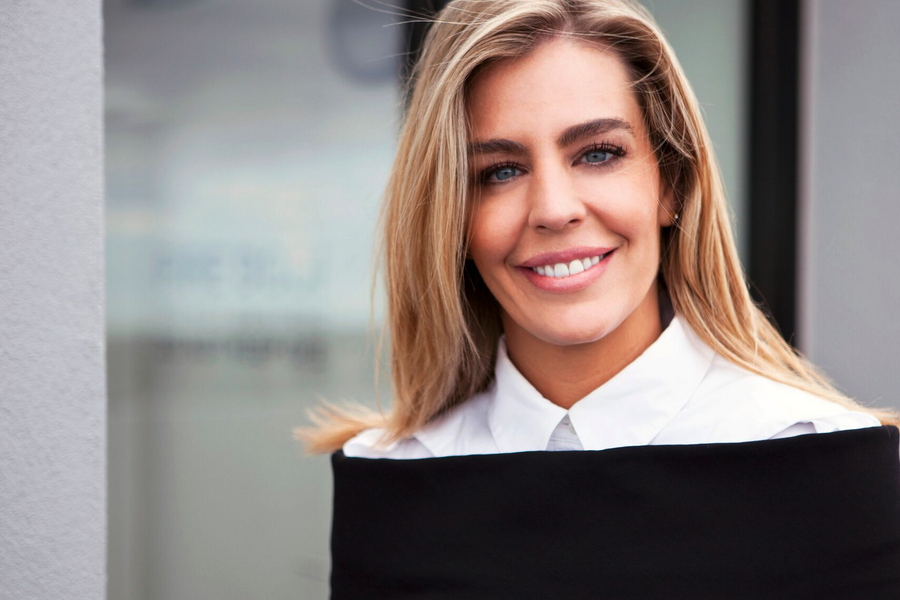 Despite the rise of technology, a personal touch still goes a long way in business. The simple thank you note is an old classic, but finding the time to write a note and send it can be difficult.

Looking to transform the process into in one easy transaction is Thankly, an online platform allowing users to personalise a thank you note that will be handwritten and sent on to the recipient. A range of small gifts is also available for customers to send along with a note.

Founder Dr Kate Adams explained, “Unlike sending flowers or a big grandiose expensive hamper, Thankly is for the everyday things people do to support us and want to say thank you for…when you say thank you people remember, and you end up with an invaluable network of personal advocates and people in your corner willing to lend a hand when you need it, and that’s priceless.”

The idea came to Adams after she spent an hour in line at the post office to buy a $1.00 stamp on her lunch break.

Thinking about the time she was wasting, she recalled all the other instances where various annoyances got in the way of her sending gifts: wanting to send flowers but not having enough space to write a heartfelt message on the gift tag, for example, plus the fact that flowers were too expensive to send too often, or wanting to send male colleagues a thank you but thinking flowers might seem weird and so sending an impersonal email instead, and so on.

“People still see the value in a handwritten card and thank you gesture, maybe more so now as it becomes less of the norm, and currently it’s an undervalued and underutilised networking and business tool,” Adams said.

“It feels personal and sincere and that you as the giver went out of your way to recognise when someone has gone the extra mile for you. Nobody ever forgets the people that send a card, and it builds personal and businesses loyalty and referrals.”

With experience in a number of roles and industries, from training and practicing as a vet and owning a stake in the Bondi Vet clinic through to holding executive-level positions within the Federal Attorney General’s department, Adams decided to try her hand at tech entrepreneurship and launch Thankly.

Adams said entrepreneurship has allowed her to bring together her diverse skills to a place where they are valued and useful; “I feel like I was born an entrepreneur, I just didn’t really know it until I connected with others in the startup space, where I found people just like me,” she said.

“Whenever things get a bit tough or I’m still up working at 3am it isn’t always so fun but I always remind myself that I have challenged some of my personal fears to get this far, to believe in my idea and bring it to life, and that is something I’m really proud of.”

Adams began her journey to launching Thankly about a week after coming up with the idea, attending a women’s incubator day and pitching. She received a warm response from the room, and a week later received a referral for a large business that wanted to send thank you cards to clients.

“I stayed up all night on Canva making a brochure and created a landing page, and after meeting with the CEO the following day, and selling the idea like I already had a company, got an initial order of a few thousand cards. That’s when I knew other people saw the value my as yet unnamed business could add to their business,” Adams said.

With qualifications in marketing and advertising, Adams knew brand positioning would be vital and so spent a significant amount of time working on the brand strategy. She then outsourced the development of the site, with a focus on ensuring an easy customer journey.

“I think of Thankly as a service delivery platform, like Menulog for thank yous, so it had to be quick, easy, and avoid the ‘too much choice leads to indecision’ paradox that is notorious for online gift stores,” Adams said.

“It is now set up in a journey, no product pages: choose your card, gift, handwriting style and compose your message. The rest is done for you and users can send a card or gift in two minutes.”

Thankly’s small range of gifts has been “strategically curated”, Adams said, with prices ranging between $30 to $100 for the best selection of gifts in each category without making it hard for consumers to decide what to order. Items available include candles, body scrubs, pens, and tea.

On the card side, Thankly is able to individually tailor cards with a business’s branding or particular handwriting.

The handwriting itself is an interesting aspect of the business; as Adams explained, you can often determine someone’s age, gender, and sometimes even their profession by handwriting, and so it is important to get the right handwriting to represent the customer’s business. Thankly allows customers to pick from one of three handwriting styles: natural print, cursive italics, and caps.

At the moment, most cards are currently handwritten by retirees and stay at home mums. Adams said she is often asked how she will scale this function, however for the moment she is working by the idea of not building before you need to. Given the fact that all notes are actually handwritten by someone is what sets Thankly apart from other gift services, the issue of scaling is a particularly important one to consider.

The startup’s target market is quite broad, with Adams saying law firms and other organisations with a large number of clients and employees have shown particular interest. Relationship-driven SMEs too have been using Thankly, while Adams said the startup has seen more men writing cards than it first expected.

“The cards men write are just gorgeous. They always make our Thankly scribes’ hearts melt and are definitely the best part of the card writing job,” she said.

Adams has been bootstrapping the development of Thankly. Having worked for a capital raising firm in the past, she said she used to watch from the other side and thought it was better to see founders that had skin in the game and had put their money where their mouth is.

“I think that as an entrepreneur, it’s increasingly difficult to sell an ‘idea’ to an investor – investors, when it comes to seed and venture capital, invest in you as the entrepreneur as opposed to the idea – they like to see you can successfully execute – and unless you’ve got a track record of building and scaling it’s difficult to demonstrate that you can actually execute and produce return unless you’re already up and operating,” Adams said.

“I wanted to develop and execute, show some real life returns, revenue, produce a minimum lovable product and potentially then, I would be in a position to seek investment and partnerships that can help me grow and scale.”

In the coming year, Adams will be focusing on growth and investment. As well as continuing to further build out Thankly’s tech to make it easier for customers to personalise and send, finding a way to scale the handwriting function is also on the to do list.