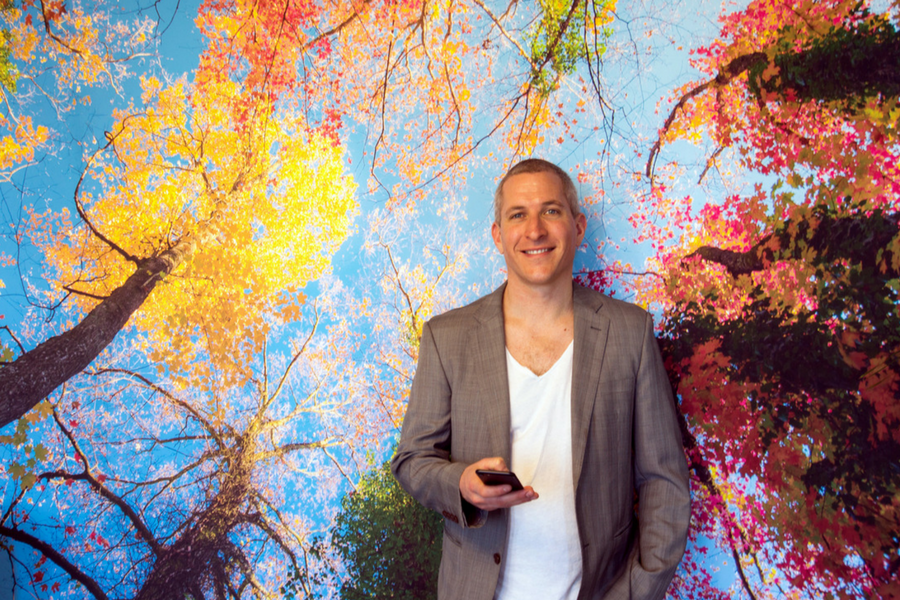 Whether it’s reading through a training manual at a new job or receiving a shareholder update from a company full of incomprehensible financial jargon, official communications are usually dry and unengaging. This means that the message within the communication itself is often lost.

On the flip side, for the more tech-savvy companies looking to reach people through video, existing platforms don’t properly allow them to measure engagement, or in turn gain insights that can help them do business better going forward.

Looking to solve both problems is Melbourne startup VidCorp, which has created an online video communication platform designed with businesses in mind. It allows businesses to target their videos to a particular market, whether it be staff, customers, or stakeholders, and measure engagement.

For founder Ryan Berman, the idea for the business evolved out of a previous one, Text a Star. The SMS-based system sought to bridge the gap between athletes and fans by having fans subscriber to receive up to two text messages a week from their favourite athlete, giving them an insight into the athlete’s life both on and off the field.

“I wanted to make Text a Star more engaging than just plain text messaging and video was the answer. When researching online video platforms [OVP] that currently existed, I noticed there was a gap in the market for an OVP designed from the ground up for businesses,” Berman explained.

Berman believes current video platforms were and still are designed for social media platforms, which don’t meet business objectives. By creating a platform specifically designed for business, Berman said VidCorp can ensure there is a correlation between viewing a video and a business outcome or call to action, ensuring the video has an ROI.

A client can use the platform by signing up and uploading their first video. They then create a branded landing page for the video to sit in, and can also input a survey or call to action if need be. The video is then distributed through SMS or email.

“Two major trends that companies are trying to target are mobile and video. We’ve been able to leverage these two major – and still growing – trends to make our platform and product reach further than ever before. For the first time, companies can now communicate no matter where there staff and customers are,” Berman said.

Founded in 2011, Berman said VidCorp’s main goal starting out was to simply see if the platform was viable. Signing on Toll Fast as its first client before development finished, this question was soon answered, leading Berman to then question whether it was useful across a number of different verticals.

Now in the process of raising a Series A round, the startup’s development over the last few years was aided through seed funding from investors including Kim Williams, former CEO of News Corp Australia and now the startup’s chairman, and tennis player Lleyton Hewitt.

Clients now include the likes of Target, Asahi, and Australia Post, with VidCorp sending almost five million text messages to staff and customers, and videos streamed over 600,000 times.

Though the likes of Facebook may be telling us that video is all-conquering and the future of content, mainstream understanding of how to create and use video effectively is not yet there.

VidCorp is educating clients through its consultancy arm, teaching them that their video content strategy must be different for different mediums.

“For example, a video that you post on Facebook should be different to a video sent via email or SMS and different again to one posted on YouTube or Twitter. Video is exceptionally valuable if used according to a strategy,” Berman said.

Berman said VidCorp is also working to educate clients around alternative video production methods; he said most clients are using production agencies to produce their video, which can be both time consuming and costly if videos are producing on an ongoing basis.

Though the likes of Facebook may be telling us that video is all-conquering and the future of content, mainstream understanding of how to create and use video effectively is not yet there.

VidCorp is educating clients through its consultancy arm, teaching them that their video content strategy must be different for different mediums.

“For example, a video that you post on Facebook should be different to a video sent via email or SMS and different again to one posted on YouTube or Twitter. Video is exceptionally valuable if used according to a strategy,” Berman said.

The future of video and the idea that it will soon be all-encompassing is an interesting one, with the differences between the content of a video itself an important factor.

For example, while one might assume that millennials with short attention spans are all about video, video, video for everything, data released by Pew Research this week found that when it comes to news content just 38 percent of Americans aged between of 18 and 29 chose video as their preferred format for the consumption of news. Forty-two percent stated they prefer to read text (online).

In the business space, however, VidCorp investor and former News Corp boss Kim Williams is a firm believer that all marketing, training, and general information communications will increasingly be moving over to video.

“The advantage of VidCorp is the targeted nature of the service, its security and simplicity is matched with its well-priced smart platform accountability. It is a tailor made tool for the current business communications era and has terrific growth potential before it,” he said.

With its Series A raise underway, the focus for the VidCorp team looking ahead is to expand its model more widely overseas, with the US and Asia in particular interesting markets.