Wellington startup SuchCrowd is a crowdsourcing platform for ticketing events 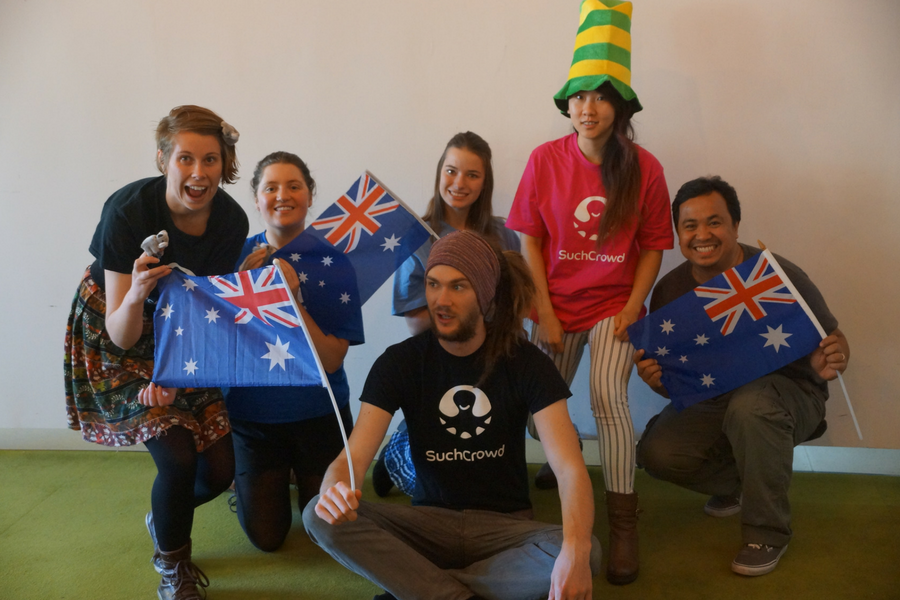 Australia’s local music scene has experienced loss from every angle, with the Sydney lockout laws bringing a close to many of the state’s iconic music venues like Q Bar, The Lansdowne, and Hugos. Outside of the CBD music festivals have seemingly fallen apart with the collapse of Big Day Out and Soundwave, which have bled millions of dollars in revenue and are still in the process of refunding thousands of tickets.

Last year the ABC reported that former Soundwave promoter AJ Maddah’s music promotion company was experiencing debts of $28 million. In 2013 the company turned a profit of $7 million, however in 2015 recorded a loss of $5 million after allegedly breaching the trust of contractors and loyal fans.

Plummeting ticket sales at one-day events like Big Day Out have transformed festivals into shells of their former selves, making them now financially unviable. In 2014 Sydney reported a low of just 27,000 tickets sold for Big Day Out, despite heavily discounted late-entry tickets.

It’s clear that music venues and events are struggling to stay alive and New Zealand entrepreneur Jacob Manning believes a new way of marketing and promotion can help pull these events out the deep end. Through Startup Weekend in Wellington last year, Manning and his team came up with the idea of creating a user-led promotion platform for ticketing events called SuchCrowd.

“What we’ve seen recently is a massive trend away from traditional marketing and now with online marketing we are either conditioned to use ad blocker to block out ads, so promotion of events needs to happen in a very different way,” said Manning.

SuchCrowd is a crowdsourcing platform for events, and uses highly targeted user-led promotion, rather than the age old tradition of telegraph posters and pushing out events to a large and mostly unrelated audiences, to draw crowds. This model shifts the onus from the event planner, who is pressured to reach a certain ticket target required by the venue.

Through traditional models, if this target is not reached venues can lose millions in revenue, which is why many festivals have dropped off the grid. With SuchCrowd the platform pushes out a proposition of a ticketing event and if a large enough audience responds with interest then the event goes ahead, without losing a cent. This method is what Manning refers to as lean events, requiring minimal decision making and expenditure until there is confirmation of ticket numbers.

Over the past year SuchCrowd has spent time looking at how ticketing systems work and where certain gaps lie around capacity building. For example, Manning discovered a lot of people don’t use ticketing systems and so venues can expect hundreds of people to line up at the door to buy last-minute tickets. On the other hand some smaller venues have exceeded capacity because promoters under predicted the popularity of an event.

Similarly, Australian startups like GoHear and GigPlz are trying to help artists and venues promote their events and tap into the right audience.

GoHear has created an interactive gig guide for music enthusiasts to sample an artists music before they attend an event, acting as both a review board and playlist. GigPlz, meanwhile, has created a platform for artists to make a portfolio, just like a writer or designer would, in an effort to increase their popularity. Like SuchCrowd, these startups are trying to find ways to help struggling artists generate popularity and revenue.

In focusing on event planning, SuchCrowd looks to minimise the risks artists take to tour and the risks managers take to hire out venues. The startup taps into the event’s original crowd through social media platforms like Facebook, Instagram and LinkedIn, suggesting the event to people outside of that group via a list of first, second and then third degree connections. Manning believes that these webs of connections are likely to have the same interests and hobbies, particularly in niche types of theatre and alternative music genres.

SuchCrowd pushes the event out into its identified web of connections and people are required to click if they are interested in attending. This means that a particular event would appear in their news feed as a potential event that could happen in their local area. If enough people express interest than the event gets the green light.

For example, a theatre group in Christchurch who has never toured before may have a fan base in Auckland. However, flying a group of its members to Auckland is a great expense and without ticket sale certainty the event would be too much of a risk. Manning said that if the theatre group could get a hundred ticket demands at the start then it would be easier for the group to book a venue and minimise their cost risk.

Rather than looking for profit, SuchCrowd is at the moment focused on growth to prove the validity of its ticketing model. Manning said the team is still trying to look at what monetisation model will work best and is throwing ideas around about a revenue share model with larger ticketing or promotion organisations.

To work on its platform, SuchCrowd entered New Zealand accelerator Lightning Lab, where they received NZ$18,000 in seed funding and then $155,000 from another series of investments. Manning revealed the startup is now in the stage of raising almost $900,000 to drive growth in the New Zealand and also Australian markets.

The Australian ticketing market generates revenue of close to $300 million, which is about eight times the size of New Zealand. SuchCrowd is hoping to tap into a portion of that market and establish strategic partnerships in both Australia and also the US. Manning said he also has his eyes set on San Francisco and is currently in talks with a potential partner.

The startup has already worked with 65 events with another 150 in the pipeline, focusing on creatives and artists before scaling into larger event spaces and even festivals.

“We’ve got a couple of festivals that we’re interested in who said yes and are pretty excited for next year,” said Manning. “We’re at the growth sprint, we’ve sized up so there’s nine of us on the team now who are enthusiastic, and we’re hoping not to break them.”