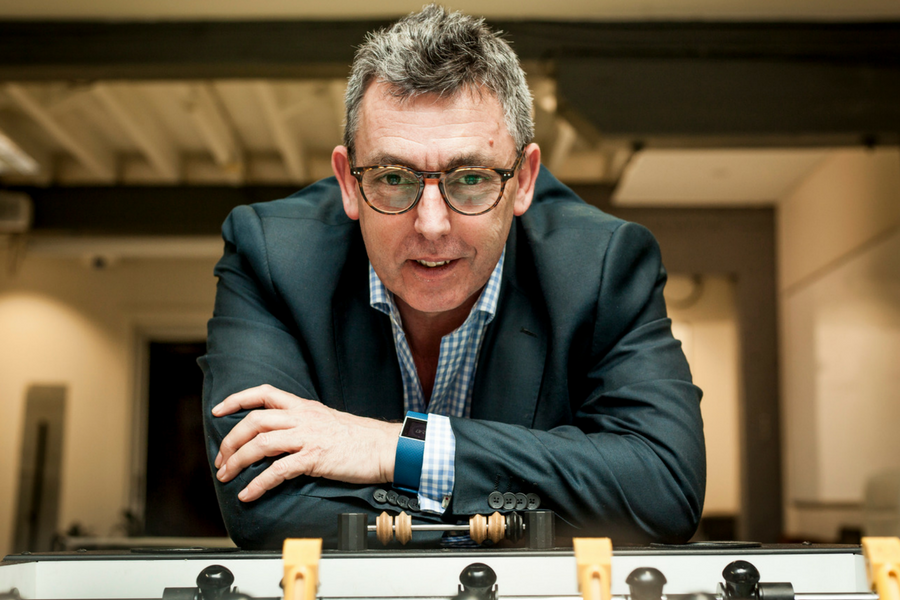 Illegal downloads and video piracy cost the entertainment industry millions of dollars every year. Last year the hit fantasy series Game of Thrones topped the list of most pirated TV shows in the world, with Australia leading the way: Torrentfreak revealed that the season five finale had been illegally downloaded 14.4 million times, breaking piracy records across the globe.

Australian award-winning film director Tim Lea believes that piracy is a real pain across Hollywood and the independent film industry, and that something needs to be done. In trying to address the problem with piracy and curb the loss of film retail revenue Lea has looked towards blockchain technology for a universal solution.

In August this year Lea soft launched a software platform called Veredictum to help film producers protect their content from theft and piracy. Veredictum looks at a new distribution and productivity model that is based around the use of blockchain.

The first Veredictum product to go through beta testing allows content producers to register their film scripts, creative works, TV show formats and character bibles, for example, into the blockchain via a tokenisation. The content is fingerprinted in multi-layers to link its ownership to digitally acknowledge the original owner of all creative works.

Lea is also working on a second product that works in conjunction with the first to take the solution to video piracy a step further. The product is a content engine that picks up the ownership contained within the uploaded creative works to prevent pirates from stripping online content from its original owners and redistributing it as their own.

Pirates redistributing films as their own is known as social media theft or free booting. Lea explained that when pirates download a video from YouTube they strip it of producer content and then put it on Facebook or other social media platforms as their own. The idea is that pirates draw people into their internet channel or group, which acts as part of their sales funnel where they sell the product, leaving producers with none of the revenue they would normally receive from YouTube.

The extent of free booting came into the spotlight last year through a report by Ogilvy and Tubular Labs, which revealed that out of the top 1,000 performing videos for the past 30 days on YouTube, 725 were stolen. This resulted in the loss of 17 billion views, which equated to approximately $8.25 million in revenue loss.

What Veredictum is working on now is gaining proof of concept for its solution to free booting. The solution works by verifying the owner of content when a video is uploaded to a social media site. If Veredictum verifies the uploader is in fact the content owner then the content goes through, if not then the content is deferred.

“We’re platform agnostic and we have the idea that we’re looking after both the video producers needs and the the video platforms. We’re protecting sites from a lot of unethical and illegal content actually going up, which just creates friction all round,” said Lea.

The idea to create a solution like Veredictum came from Lea and his filmmaking friends experiencing this problem first hand.

“There are some buddies of mine who were behind the film called Wyrmwood, an independent film produced over four years of weekends. It became the most pirated movie on the torrents for about two or three weeks and the guy was just rapable, in terms of ‘this is my effing breakfast you’re eating’,” recalled Lea.

When Lea first came across the blockchain, like many he discovered its use for crypto-currencies like bitcoin, but when he dug deeper into the technology he found that it could be used for an overwhelming number of applications.

“I’m sure you’ve heard of the expression, once you go down the rabbit hole you never come back. In terms of the blockchain it’s such a wide and deep technology it has so many applications especially outside of fintech,” explained Lea.

To date the startup is self funded and is at the stage of coordinating a formal capital raise, which should get the go ahead at the end of this month. Lea said  Veredictum is looking to raise $1 million to bring on a formal day-to-day CTO and drive the technical side of the product.

As other blockchain startups in Australia such as healthtech startup Cyph MD and fintech startup Dime have found, the challenges in product development lie within finding talent and the right people with skills in blockchain technology. Lea said he has been working with the University of New South Wales and the University of Technology Sydney to get the resources he needs.

“Equally there are pockets of skill based out of places like Estonia and Argentina, that we’re trying to tap into at the moment. It’s going to be a major challenge for anybody working in the blockchain space over the next 12 or 18 months and we’re proactively trying to deal with that challenge,” he said.

Veredictum is currently working towards commercialising its product to combat free booting and aims for the first beta tests to be up and running within the next six to nine months, with the intention of full launch in a year.

“We’re in discussions with film distributor studios already and we’ve got some ideas for the film studio marketplace in terms of distribution and protection. Those will be progressively built on as we work with the free booting problem we’re trying to solve.”