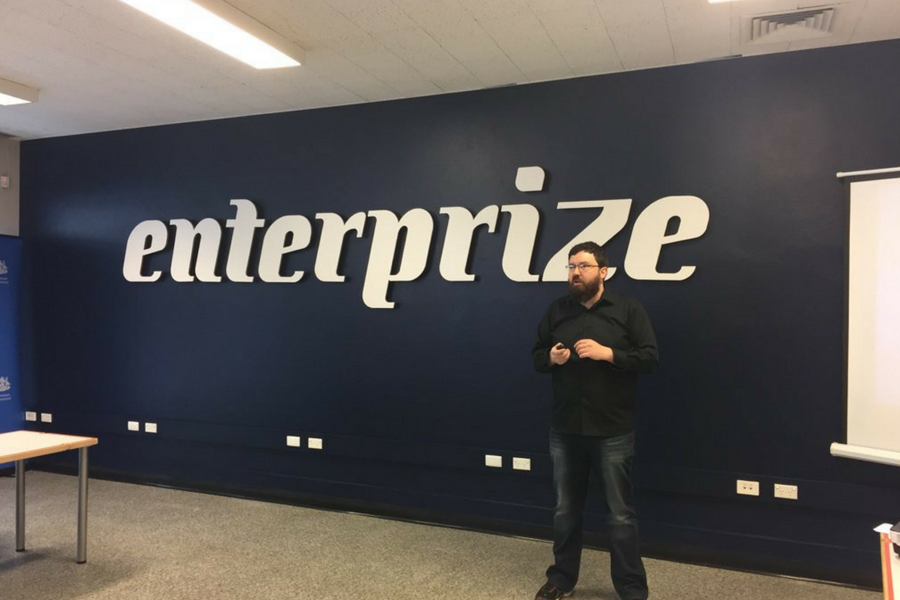 A not-for-profit organisation, Enterprize has been developed through $500,00 in seed funding provided by the state government’s Office of the Coordinator-General and support from the University of Tasmania.

Its name represents the potential of the state: it was named after the tall ship Enterprize, which was built in Hobart and sailed from Launceston in 1835 to establish what would become Melbourne.

Bringing together leaders from across the Tasmanian startup community, Enterprize will run the hubs and develop programs and resources to support and inspire the state’s current and aspiring entrepreneurs.

James Riggall, president of Startup Tasmania, said the partnership brings together all the elements required for a “thriving startup ecosystem”.

He said, “For the first time everyone will be working together with a common vision, to ensure that innovative ideas are given the best chance of success. This announcement sees a whole-of-state approach which, importantly, has the full support of the leaders in the startup community, corporates, university and investors.”

Director of Startupbootcamp Melbourne and a startup consultant for the Office of the Coordinator-General in Tasmania, Richard Celm said Enterprize will help Tasmania make its name around Australia and internationally.

Having been contacted a year ago by the government to help develop the strategy for Enterprize, he said he was “expecting the worst” when he started doing his research.

“I thought the initial focus would all be about student enterprise at university and developing that, but I was surprised as I travelled around that there were lots of pockets of people doing stuff of national significance and even regional significance, which was very surprising,” he said.

“If you read a lot of startup reports, there’s usually nothing on Tasmania, but it was just a case of them not having a joined up approach or celebrating and yelling out about the stuff they were doing down there.”

In fact, a survey conducted by Startup Tasmania in June for the upcoming StartupAUS Crossroads report found there are currently 17 startups operating in Hobart and 19 in Launceston, which gives Launceston a higher concentration of startups per capita than other Australian cities.

The key to growing these numbers even further and making Enterprize work, Celm said, was to pull together leaders from the startup community and build off the ideas of people like Brad Feld. Feld’s Boulder Thesis looks at how tech and startup leaders were core to developing Boulder’s now thriving startup community across a long period of time, and how other regional cities can follow suit.

“It’s about flipping the current thinking on its head; you don’t need to wait for government to run startup programs for you. This is all about the government providing some seed funding and the startup community then actually taking a leadership role and running with it,” Celm explained.

Michael Ferguson, Tasmanian Minister for Information Technology and Innovation, said earlier this year that through the hubs, the government hopes to reverse the trend of Tasmanians relocating to other states and keep them in Tasmania.

“Through developing and supporting Tasmanian entrepreneurs we have an opportunity to create higher value jobs for Tasmania which will ultimately encourage people to stay in or relocate to Tasmania to establish sustainable businesses,” he said.

The Launceston hub opened today is a ‘pop up’ space provided by BSchool, to be used until Macquarie House opens next year, while the Hobart hub is located in the Old Mercury Building.

These spaces will be supported by anchor tenants, including game development studio Giant Margarita in Hobart, who are eager to give back to the community by offering up their expertise, networks, and experience.

“Because the ecosystem in Tasmania is still in its early stages, we’re not planning on locking either the Hobart or the Launceston hubs into any particular themes just yet. We’re hoping to remain quite open to a variety of different startups initially. We’re definitely looking for startups with global potential, but we’re also looking to support promising founders and helping them grow into more ambitious projects over time,” Riggall explained.

“[However], it does already seem that there’s a cluster forming in Hobart around design products and game development. In Launceston, we’re seeing a focus forming around internet of things startups, anchored around Definium Technologies, a Launceston-based company that has in-house capability for the design and development of high tech electronics product, and which has recently partnered with the University of Tasmania to expand their advanced manufacturing facility in the north of Tasmania.”

With the core aim to increase startup literacy in Tasmania, Riggall said the Enterprize spaces will look to provide startups with mentoring and advice, while also running open events to help encourage the wider community to develop an interest in startups and give them the confidence to launch their own.

Celm added, “Hopefully these hubs will bring a lot more startups out and encourage more young people to give this a crack.”