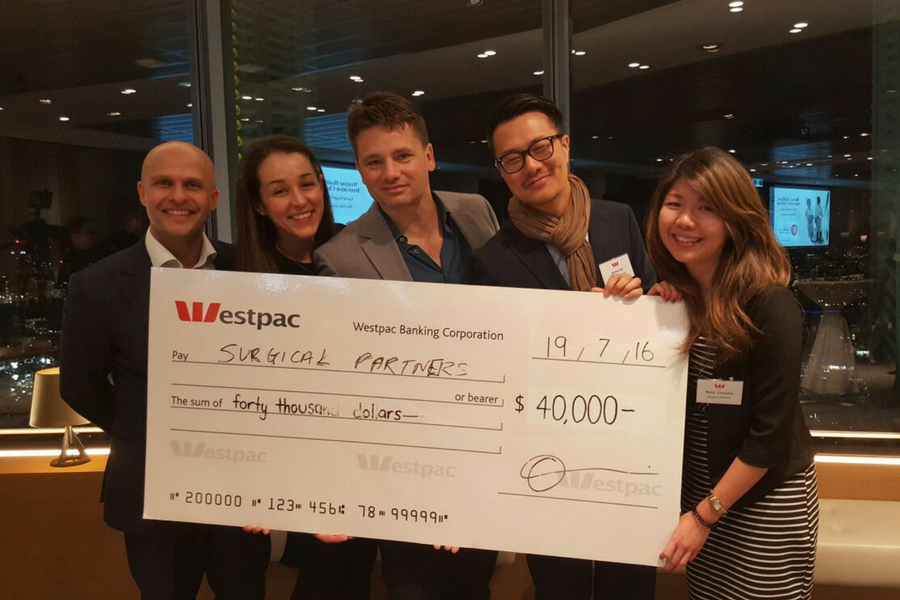 While many industries are moving from paper and pen to computer and keyboard, the healthcare system is still very much entrenched in manual practices with a range of alternative systems meshed together to get a job done.

Doctors send out handwritten scripts with their perfectly illegible handwriting, GPs use a range of different referral systems, then there’s technology methods like e-prescribing, and of course the whole Medicare system also comes into play. It’s these different approaches and systems that make it hard to streamline healthcare transactions and payments.

Practice management systems in healthcare are very much entrenched, and cannot be easily swapped over to startups like VEND or KOUNTA. While these cloud systems offer better alternatives to management, it would take a decade to transfer all systems into the one.

Instead of trying to create a one-size-fits-all approach, Sydney startup Surgical Partners has created an integration hub that works with a range of accounting systems like Xero, MYOB and Quickbooks. The paperless system enables doctors to manage their practice with live data at the compliance accounting level and in real time.

With the core business process of healthcare practices revolving around payments it makes sense to streamline that process into the cloud. Founder of Surgical Partners Marcus Wilson said that currently there is approximately $43 million running through medical practices in Australia and New Zealand and that process is inefficient for a number of reasons.

“One is just the complexity of healthcare transactions, like health insurance. Medicare is over the counter and it’s quite a complex transaction process. Their complexity means that it’s difficult to reconcile what is noted in the practice management system as being received; to reconcile what has been received with what has actually been deposited in the bank,” he explained.

This means that there are two tracks, the first where money is received by the banks and the second where it’s deposited by various health funds.

“The differences in the payment mechanisms means that the financial control is poor and contributes to a lot of fraud in the industry. A lot of people think doctors make a lot of money,” said Wilson.

It should also be noted that the other problem in delivering payments to practices and doctors lies within revenue splitting. Within the healthcare industry a practice itself doesn’t own the revenue – in the vast majority of cases the revenue belongs to the doctors or practitioners. This means that the billions of dollars that are collected by the practice don’t belong to the practice.

“You can’t just take that money and post it to revenue, so there’s a split that has to happen – a percentage of billions, the practice takes the percentage of it to cover the overheads of the actual practice and the doctors collect the majority of their billings. But how that split is done is a very manual process,” explained Wilson.

Since 2001 Wilson has worked in healthcare as an analyst at Macquarie Bank and from 2008 ran a day surgery specialist business in Sydney. He saw an opportunity in the market to build a platform that takes data from any healthcare source and distribute it to where it’s useful. With Surgical Partners he decided to make that distribution easier through accounting systems.

Surgical Partners has also created an iPhone app for doctors to see their billing in real time and also assess what their share of the bill is. Doctors receive an invoice at the end of the fortnight or month with transparent data that they can reconcile back to their patients.

Clinicians and medical staff face many challenges when trying to communicate data with entities or personnel outside of the organisation they work for. Sydney in particular is producing a number of different healthtech startups and platforms like Cyph MD and Surgical Partners that are utilising existing technology and engaging that tech into healthcare practices.

Wilson said the startup is now starting to look at data from non-practice management system sources like wearables and telehealth. Recently Surgical Partners partnered with video consulting startup My Online Clinic, which means the platform is able to distribute payments to those non-traditional practices and doctors.

Surgical Partners offers two products, one being a transaction fee for the basic integration and the second is a doctor revenue management system, which is part of the fee-splitting process. Depending on the size of the practice, Surgical Partners is charging an average annual fee of $4,000.

Since conception Surgical Partners has been privately funded and is yet to reach out for funding. Earlier this year the startup won BlueChilli’s healthtech competition where they received $40,000 in prizes.

Wilson said the company is now at the stage of building up the market and is working on some new innovations on the way doctors and practices share revenue.

“We’ve got a good first market opportunity with this kind of technology but to preserve that lead we’d like to build on it. It’s one thing to account for doctor and practice share on a real time or daily basis but we could now instruct doctor payments, potentially in real time but more likely daily.”