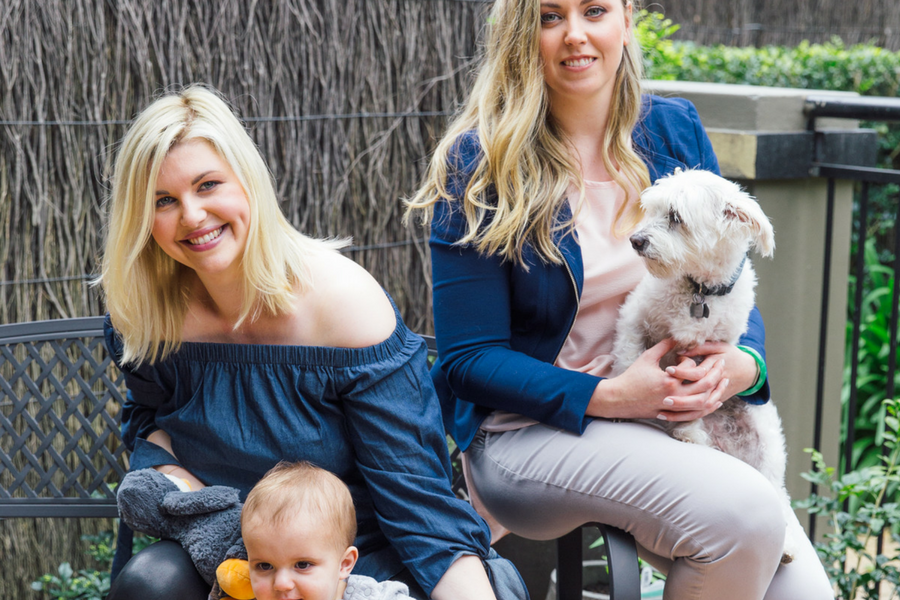 For new parents, venturing out with a baby can often seem like it requires the kind of planning it took to get man on the moon. While there are many things a new mum or dad can control, like packing every possible tool they might need, the fact the world isn’t always accommodating to parents and babies can be a significant challenge; for example, a simple trip to the shops can turn into a stressful ordeal if the shopping centre doesn’t have a changing room.

Laura Ruston knows the feeling all too well. Ruston said the first time she ventured out with her young son “could not have been more stressful”. Going out right before Christmas, the shops were packed and she needed to change her baby.

“I was left wandering around in circles for what felt like ages only to have to use one of those horrible flimsy drop down mats in a dirty disabled toilet. It was a disaster and I never wanted to be in that situation again. Instead I wanted to be able to go out and be confident knowing I can change and feed my son somewhere clean, quiet, and private. Having a baby is stressful and pressured enough,” she said.

It was there and then during that first outing that Ruston came up with the idea for Out & About Baby. Having gone out with her mum, she said there should be an app to help parents find facilities – and her mum told her she should build it herself.

Currently in development, Out & About Baby looks to be a TripAdvisor of sorts for new parents. It will aim to help parents find their closest, cleanest, and most comfortable parent facilities based on their current location or other search criteria, enabling them to plan trips in advance and limit the stress.

“The dilemma with your mother’s group about where to go next week, or how on earth you will cope travelling interstate to visit family is all solved with just a few simple swipes of the thumb,” Ruston said.

“The app seeks to make life easier and remove the anxiety of going out with your baby, because life is just too short to sit at home.”

The app will work by having a user sign up and create a profile, setting their location, after which they will immediately be able to check out the best places around them, based on other reviews, and search further afield according to different criteria. Users can also add new locations and submit reviews.

“If you were particularly impressed with how you were treated while you were breastfeeding or how clean the facilities were at a café when you went there, then you can share it with other mums and recommend it to them,” Ruston explained.

Users will accumulate points based on their activity on the app, which will earn them as of yet undetermined rewards.

From coming up with the idea, Ruston spent time researching and reading, examining the market, determining costs, and figuring out how to go about building the technology. With a background in PR and marketing, she said the development of the brand image and messaging came easily. A lot of the other questions, she’s still answering.

With the challenge of juggling a brand new baby with building a business a big one, Ruston brought on Krystyna Stepowska as her cofounder.

The pair decided to run a small crowdfunding campaign on GoFundMe to help build the website, a decision made because GoFundMe tends to focus on gathering support from friends and family.

“It’s hard at first because you feel awkward about asking people for money. You just have to swallow your pride a bit and focus on why you are doing it and the end result,” Ruston said.

The potential market for such an app is big: in 2011 there were an estimated 523,300 women in Australia aged 15 years and over who were birth mothers of at least one child under two years of age, living with with them in a private dwelling. These mothers are more connected than ever thanks to social media: the North Shore Mums group, for example, has grown to over 17,000 members.

For these mothers – and fathers – an app like Out & About Baby doesn’t just relieve a little stress, it could be a crucial tool in helping them navigate the very real difficulties of early parenthood, which for some can have a significant impact: research conducted by Perinatal Anxiety and Depression Australia (PANDA) in 2012 found that over 1,800 Australian parents each week were being diagnosed with antenatal or postnatal depression.

The ideas and tech behind Out & About Baby could also be applied to different spaces to help others in need, for example helping those with disabilities find disability-friendly facilities.

Ruston and Stepowska will soon be going like with another crowdfunding campaign to help finance the development of the app itself, hoping to get Out & About Baby out to market within the next 12 months. The startup has also been in talks with PANDA, and will look to increase its involvement with and support of the organisation as it grows.