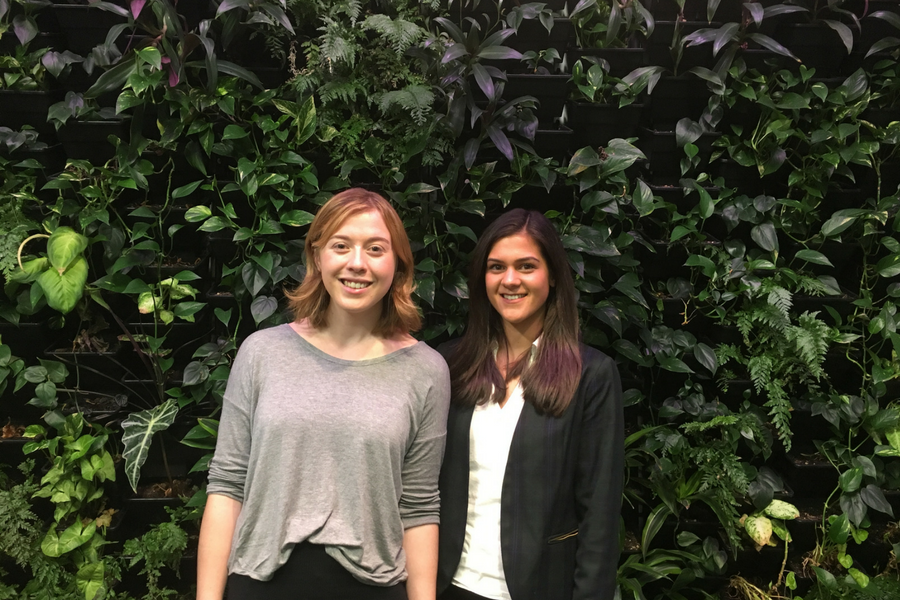 For the busy, the lazy, or those unskilled in a particular area, the growth of the on-demand economy could not have come soon enough. Can’t be bothered to mow your lawn? Get an Airtasker to do it – a lot of Australians are. In March this year the startup hit a milestone of 30,000 tasks posted in a month, with its community having grown to over 600,000 members since its launch in 2012.

Looking to put their own spin on this model in New Zealand are entrepreneurs Rosie Collins and Rachel Mataira, who are gearing up to launch one-off jobs platform Billie.

While the likes of Uber may look to entice drivers to essentially work with Uber as a full time job, Billie’s cofounders believe that their service will suit anyone who simply has some spare time or needs some quick cash.

“It suits the millennial market, people who have spare time and want instant gratification where they get that money. They want this without having to commit to a part time job, or even trying to find a job,” Collins explained.

The app’s origins lie in a Startup Weekend held last November, where Collins, Mataira, and a third team member were tasked with creating a health-based startup idea. Their concept centered around helping travellers needing a last-minute doctor’s appointment. They looked to solve this problem by helping travellers find and book available doctors on-demand.

Moving on from the event, Collins and Mataira got caught on the idea of availability, and either doing things or getting things done on-demand, without any prior planning necessary.

“As students, we were both wanting to make money ourselves but not really wanting part time jobs to put us into schedules. At the same time we saw that people need cleaning or tutoring, or other services. We saw that there might be a way for us to create an app around that,” said Mataira.

The student market is key. While fellow Wellington startup PartTimer is looking to help students find part time jobs, Billie is there for those who just want some quick cash rather than a job that requires a solid time commitment.

As Mataira explained, “There’s a student job search platform for students to find jobs, and there’s one area around small jobs on it where I’ve noticed jobs go within a day, because people just want to do simple one-off work without a commitment but they can still get that money.”

From the Startup Weekend last November, the pair then spent their Christmas putting together ideas for their developers to work on. From there, they have spent the last few months conducting market research, working on branding, and sorting out their legal documentation and insurance liabilities.

While many startups may work with the ‘fail fast’ mentality, for Collins and Maitara finishing uni and working other jobs while creating Billie on the side and taking a slow approach felt like the right move.

“It has taken a bit longer than we wanted but at least we’re going to be sure that we can actually be sustainable and be around for a long time. It was nice, about a month ago, we got to see the working app for the first time and that’s probably been a lot more satisfying for us because it made us feel like there is something to be improved and to be launched,” Collins said.

As they sought to get all their ducks in a row, the cofounders set up a Facebook group, now at over 600 members, to build up their customer base. Members are posting and claiming on-off jobs, with the most popular being cleaning, gardening and IT-related .

“It’s been quite cool seeing what kind of trends have come out of that Facebook group. I think ideally, as soon as possible, we want it to be as broad as possible, with the idea that you’ll be able to go, ‘Hi Billie, I need a…’ and that will be available to you,” Mataira said.

The Facebook group has, of course, been free; the app, meanwhile, will see a service fee of 15 percent added onto jobs.

With the app set to launch in the coming weeks, the challenge will be transferring that Facebook base to the app itself and getting this base used to paying that service fee. While the app can go New Zealand-wide from day one, Collins and Mataira will be focusing their marketing efforts on Wellington before heading to Auckland next.

“We know it’s important to remain nimble and see how people are responding and be like, that’s what they want, cool, we’ll work around them, because at the end of the day it’s about what the customers want and we can’t force our vision of what Billie is on other people, it’s completely based on what everyone wants,” Collins said.

“Once you’ve got the foundations you can change and pivot.”