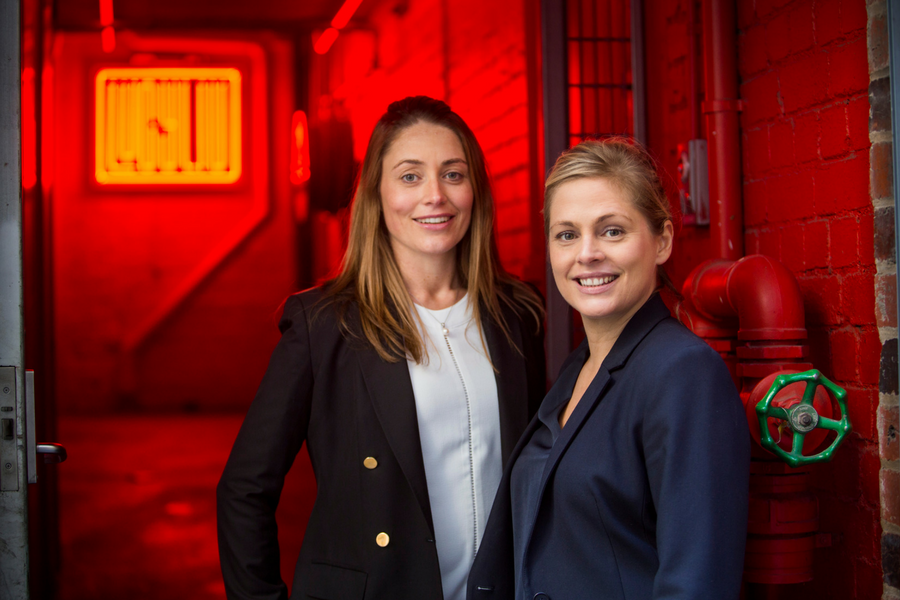 Mentoring can often seem like an abstract concept, consisting of anything from a chat over coffee every couple of months through to a structured, corporate-sponsored program.

For companies that buy in, the benefits can be significant, with a 2013 study finding that people who mentor experience greater job satisfaction and a higher commitment to their employer than those who don’t. For the mentee, meanwhile, a mentor means one on one training or coaching, and valuable insights into the job and company, overall helping to boost engagement and productivity.

Looking to help organisations facilitate mentoring programs is Melbourne startup Mentorloop. Founded by childhood friends Heidi Holmes and Lucy Lloyd two years ago, the cloud platform aims to make it easier to start, manage, and participate in mentoring relationships within a company. Through this the startup wants to facilitate the development of strong workplace culture, higher employee engagement, and lower staff turnover.

As with most, the idea for Mentorloop came from wanting to solve a personal problem.

Lloyd explained, “We have both personally experienced the need and desire to connect with a mentor outside our network but weren’t offered this opportunity through our employers. When we explored the mentoring landscape in more detail, we saw that those that were running mentor programs were often using spreadsheets and email to administer the program, and we knew there was a better way.”

Mentorloop first helps develop tailored programs for each client. It has built customisable recruitment forms clients can use to fit the particular outcomes they are looking for. Generally, though, mentors and mentees are matched based on profile fields, soft skills, and their goals for the relationship, though Mentorloop also includes what the founders call the “x factor”, looking at interests and behaviours.

“The thinking is that if I’m a music lover and you’re a music lover, we’ll have something to talk about to break the ice,” Lloyd explained.

Engagement is tracked according to frequency, intensity, and types of interactions between mentors and mentees, along with other qualitative factors that Mentorloop works with clients to identify to determine whether the program is effective.

“A big part of implementing a mentoring culture is determining what success looks like for an organisation, and then customising their users’ experience to achieve that goal,” Lloyd said.

The cofounders said Mentorloop is also working on an algorithmic ‘quality score’ determined through factors including a natural language sentiment analysis, emoji analysis, and responsiveness of the mentor and mentee to each other, to assess the quality of a mentoring relationship. Once this is running, Mentorloop will then use lookalike targeting and machine learning to begin predicting the success of a mentoring relationship.

The pair first began working on the idea on the side, with Holmes running her previous business AdAge, acquired by OneShift last year. This served them in good stead, however, with the pair saying Holmes’ market knowledge and Lloyd’s experience architecting cloud-based software working well together to create the initial beta version of Mentorloop.

“Iterating through an MVP with live paying clients was at times stressful, but ultimately has allowed us to validate features before we developed them. We use tools such as the value proposition canvas to prioritise development, and are constantly in touch with our customers to gather feedback – anecdotally and through online tools,” Holmes said.

“Our product development roadmap is a living document that shifts as our user behaviours do, and we don’t just ask our users what they want, we observe them in action to see where the gaps are.”

The startup began getting these clients on board by targeting pilot customers, those that were also setting up a mentoring program for the first time, as they had more appetite to try something new and take a risk, Holmes explained.

Now looking at a broader market, it still however targets organisations that have a focus on people and culture, and driving better business outcomes through a better connected workforce. On board are the likes of Startup Victoria, Monash University, and the Western Australian Government.

Prices range from $500 per month for up to 50 users to $825 per month for 50-150, with customised packages developed for enterprise customers.

“Where we have been surprised is finding amazing company cultures in relatively unexpected places, to us. For example, we work with Melbourne Water. We had a perception of utilities as quite traditional, dry places to work, but walking into Melbourne Water’s offices it was immediately apparent that they had a fantastic company culture, a diverse workforce of friendly, motivated people delivering an essential service,” Lloyd said.

The startup’s stats show that 74 percent of its users engage in their mentoring programs at least once a month while 70 percent identify as both a mentor and a mentee, which it believes shows the fact mentoring is a two-way street where everyone has something to learn.

The startup last week announced that it had raised $300,000 at a pre-money valuation from a mix of private investors including StartupAUS director Glenn Smith and angel investor group Melbourne Angels.

The funding will be used to bring the startup’s development in house to enable faster deployment of the new features in the pipeline, including a chatbot that acts as a concierge to break the ice before mentor and mentee. Also at the top of the to do list is expanding Mentorloop’s customer base.