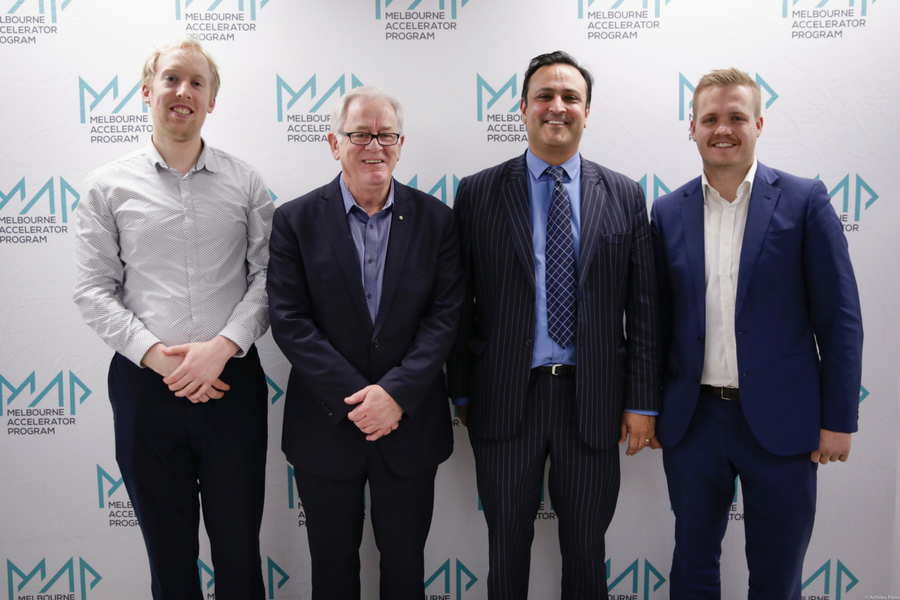 People who suffer from mental illnesses such as depression or anxiety often face with the problem of finding the right medication. Despite all the technology available in the healthcare industry today, most prescribing of antidepressants is conducted via trial and error. The choice a doctor may make in prescribing medication is often based upon avoiding adverse events or reactions, rather than a primary focus on efficacy.

According to the International Journal of Neuropsychopharmacology around half the patients suffering from depression don’t respond to common antidepressants and doctors have admitted that it’s “almost impossible” to determine the best treatment plan.

What’s more, 30 to 50 percent of those suffering from depression fail to respond to their first prescribed medication and antidepressant remission rates are lower than those for response, at just over 37 percent.

Melbourne healthtech startup CNSDose has found an alternative to the seemingly unproductive trial and error method, replacing guesswork with personalised treatment plans. CNSDose tests a patient’s saliva sample as a way to understand their genetic information. The results of a patient’s genetic profile are determined in a lab, where a medication guidance report is generated to tailor medication based on genetic information.

The use of genetics to guide medications is not a new concept, but what is new is the cost of this method. In recent years genetic testing has become affordable; 10 years ago the cost of DNA sequencing was US$10 million and today it’s lowered to US$1,000. Thanks to the decrease in cost, it is already guiding treatments in cancer and degenerative brain diseases.

However, while it has become more affordable, there is still little adoption of genetically guided prescribing as there has been a lack of robust trials.

CEO of CNSDose, Ajeet Singh said that after years of practice as a psychiatrist it became clear that trial and error prescribing was not working. With one in 10 adults in the Western world now taking antidepressants and over 20 varieties to choose from the range of variance in response is quite large.

“I remember seeing a patient who had been depressed for a couple of years, been suicidal, then lost his business and marriage by the time he was referred to me. He completely recovered with a high dose of antidepressant medication. I thought to myself ‘imagine if his first doctor could have known he needed a large dose to recover – so much suffering and economic cost could have been saved’. This is how I became interested,” explained Singh.

CNSDose aims to fast track people finding the right antidepressant by picking the medication that matches their genetics. Through genetic testing, doctors are able to create a shortlist of medications that are more likely to work.

The method in which the report is generated is a trade secret, however Singh did reveal that it consists of various anti-reverse engineering measures built into a cloud-based reporting system.

Currently the startup is completing two clinical trials with the plan of going to market in the US next month. To scale its product rapidly, CNSDose is looking to create some key partnerships with labs across the world.

Also working in the same space as CNSDose is US startup 23andMe, which provides genetic reports on people’s ancestry and family history. 23andMe is backed by Google and in 2015 raised a Series E round of US$115 million, increasing its total capital to US$241 million.

There is a lot of room to grow in this space and a lot more research to be conducted. CNSDose has just published the world’s first positive Randomised Controlled Trial (RCT), finding that genetically guided dosage results in a remission rate of 72 percent, versus 28 percent for genetically un-guided dosing.

Earlier this year the startup entered the Melbourne Accelerator program at the University of Melbourne. The accelerator provided Singh and his two cofounders, Campbell Walshe and Harris Eyre, with mentorship and resources to research further into groundbreaking medical solutions.

Before entering the program, Singh said his team was working out of his spare room in Geelong. Now the startup has office space near the Melbourne University, and is close to all the resources they need to help them scale.

“Should we scale we plan to have offices across several key time zones – the US market the largest one to tackle, but much scope for growth into Asia,” said Singh.

To date CNSDose has raised close to $1 million in a seed round from two undisclosed investors. Its international patent pending, Singh said the startup still has time to decide which territories to progress its national phase of patenting.