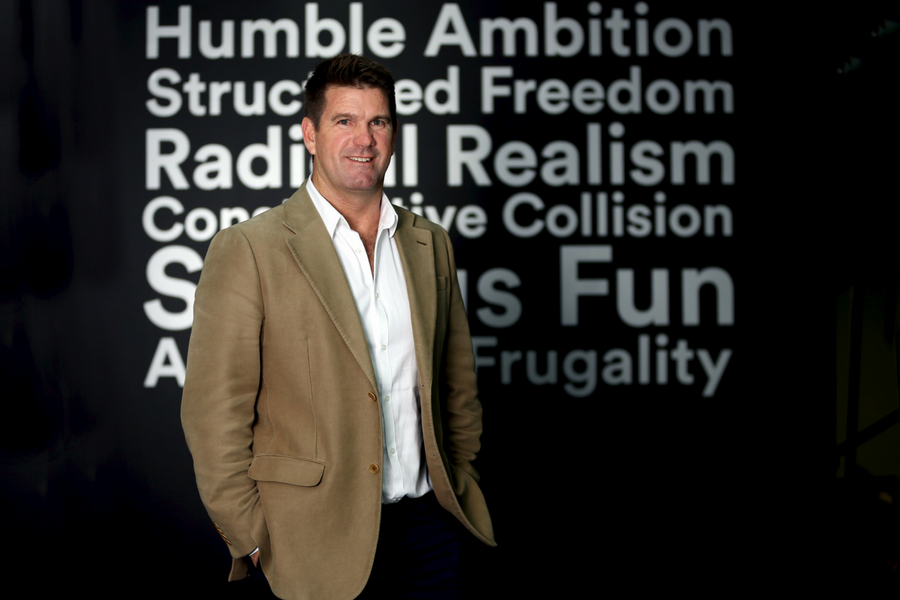 Folsom said he and Price have seen that there are currently many people who are interested in investing but are unsure where to start.

“They’re time poor but are eager to learn more in order feel confident. By creating more opportunities for new investors to hone their skills, we can improve the quality of the entire startup ecosystem,” he explained.

The major challenge startups continually face is access to capital, and while for many initial capital raises provide them with the push to expand, the problem lies with follow-on deals, those that go beyond the initial seed investment. It is crucial that more angel investors continue investing into Series A rounds and beyond.

To be successful in the angel investing space, investors need to develop a diverse portfolio with a range of investments into startups that demonstrate high-growth capabilities – it’s no use throwing money to the wind and hoping it catches. The risks in angel investing are high, and so First Angel will aim to minimise those risks through mentorship from industry leaders and access to broad and vetted portfolios.

“There has been a well developed angel market fear in Australia and a lot of businesses become successful in raising their first capital, but it’s the capital beyond that that’s really difficult. It’s the problem that we’re trying to solve,” said Folsom.

First Angel has opened its program to sophisticated investors who have background knowledge in the tech and or startup space and can therefore bring more to a startup’s growth than just money. Unlike investing in shares in the stock market, angel investing is about more than just signing the dotted line.

The First Angel program costs $12,500 for members, where an additional $25,000 will be invested in a selected four startups over the course of four year; members will be given access to startups within both Australia and the US. The first two deals Investible will look to make will be identified through their next Lab program on September 12. First Angel investors will be working alongside those startups, while developing their skills on how to help these startups grow.

Investible will also provide investors with education on how to set up due diligence processes, how to help a startup scale, how to identify with tech startups, and what questions to ask in those initial discovery periods.

First Angel was created with the intention to complement Investible’s current Club program, where members invest $100,000 into early stage and high growth startups. First Angel is a response to Club Investible members requesting training in how to identify early stage investments.

“A lot of people back ideas and business models but in reality, in early stage companies you are backing a founder or founding team. Creel and I have been doing that for a decade and this is a way of transferring out some of our IP around finding the good ones,” said Folsom.

The year-long First Angel program will be managed by Elisa-Marie Dumas, previously chief executive of female-led accelerator Springboard Enterprises. Dumas has only recently joined Investible as head of partner development and corporate innovation.

From spending six years as an angel investor, BlueChilli evangelist Alan Jones said he can see the need for a program, admitting he still feels like a first time angel investor.

“When I say I still feel like I’m new at it, I’ve been doing it since 2010. I’ve had some success and failures but I don’t yet have enough data to really look back on my investing performance over six years and say I definitely know what I’m doing,” he said.

Jones explained that people who invest in real estate, for example, generally know whether they’re going to successful or not in a year or two. For investment into tech startups the process is longer.

“I’m not even hanging out with a lot of tech startups I’ve invested in to see them get to a unicorn status. I’m the investor who invests in the very first rounds to get out post-Series A or B.”

Often investing in such early stage businesses, the initial ideas are subject to pivots and change. The initial problem a startup is trying to solve maybe targeting the wrong consumer, or it may be the right consumer but the wrong problem. Jones said that angel investing means following a company along its growth towards either success or failure – investors need to be prepared that nine times out of ten their investments won’t result in a return.

While First Angel investors are required to pay $12,500, which is a fair amount of money, investing in startups is risky and access to mentors from a program like Investible may be worthwhile. Of course there are free alternatives, like becoming a member of Sydney or Melbourne Angels communities. Memberships in groups like these provide first time angel investors with networking opportunities and insights from people who have experienced success and failures in the industry.

However, angel investing is not just about networking, it’s also about experience, taking a risk and more importantly learning from those who have failed. What is unique about First Angel is its portfolio and its team, who have years of experience investing in this space.

“By bringing education and confidence, do I think there will be more angels? Not so much, there will probably be more angels continuing to support and build their portfolio from just one or two deals,” said Folsom.