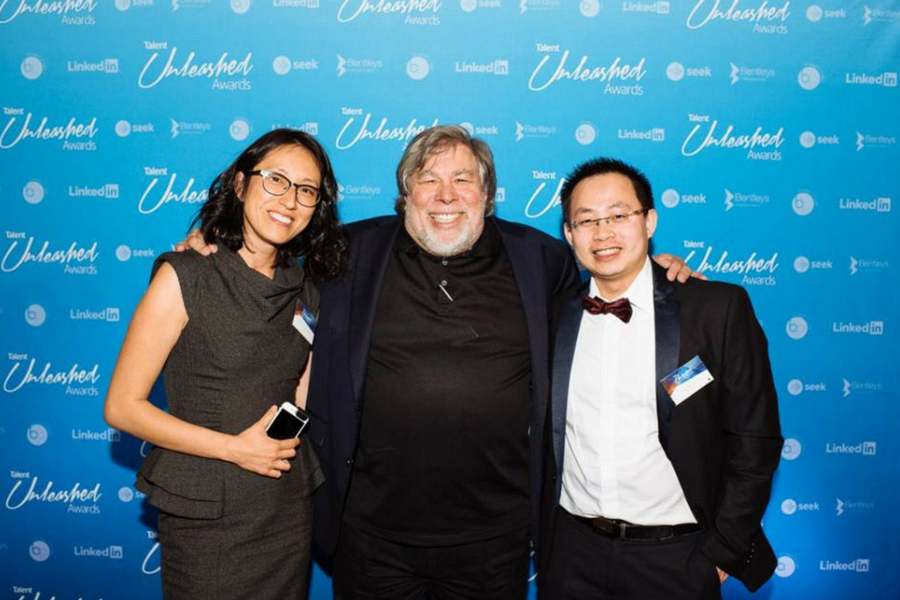 It was just over 20 years ago that Australians knew little of what caused current vision loss and who was affected. According to a medical report, the statistics on nationwide vision loss at the time came from clinic records or blindness registrations, to which many cases were not reported.

Now we know that approximately 75 percent of blindness or low vision is either preventable or treatable. Causes include age-related macular degeneration, cataract, diabetic retinopathy, glaucoma, and uncorrected refractive error.

In an effort to prevent millions of people worldwide developing these preventable eye conditions is New Zealand startup oDocs. The startup has developed a portable eye-care clinic that can be used in any developing or developed country around the world.

Founded in Auckland in 2014 by ophthalmologist Dr. Hong Sheng Chiong, oDocs is a portable diagnostic eye exam system for smartphones. The startup has created an eye-care adaptor that can be attached to anyone’s smartphone for use by an eye specialist outside a clinic.

Dr. Chiong said he wanted to create a way for people to fit an eye-care system into their backpack and travel by any means, even on a bicycle, to any remote place around the world to conduct an eye test. At the core of the idea is Dr. Chiong’s belief that the future of medicine is self-care and a portable eye clinic enables communities to put care into their own hands and screen themselves.

To leverage the power of smartphones, oDocs has also created an app that works in conjunction with a phone’s inbuilt camera and light to conduct a certified eye test. Working together the app and the adaptor can magnify images and switch filters from blue to white to examine eye defects of the cornea.

To put the achievement of oDocs into perspective, an estimated $50,000 worth of optometry equipment has been packed into the smartphone attachment that is sold for less than US$500.

Earlier this year, oDocs presented its eye-care solution at the Talent Unleashed awards to a range of judges including Steve Wozniak. In his pitch, Dr. Chiong said the purpose of the device is to make eye-care more accessible and affordable to all communities around the world and help eliminate all cases of preventable blindness. oDocs won the award for best social impact startup and received a bespoke trip to Silicon Valley and one-on-one time with Steve Wozniak.

“The eye health industry needs a revolution because at the moment good care is far too cost-prohibitive,” said design director of oDocs, Alain Brideson. “285 million people around the world are blind and 80 percent of these cases were preventable or treatable, most of these in developing countries.”

Greater accessibility to healthcare services and lower costs enables doctors to diagnose patients early on, which is critical for people who may lose their sight. oDocs has created a system where early diagnosis can be achieved just by simply having a super-computer in your pocket.

“People have little awareness of how easily they can lose their sight,” said CEO of oDocs, Hanna Eastvold-Edwins. “We all learn in school that we’re supposed to go to the dentist every year but we don’t learn that we should go get an eye exam every year.”

Technology is playing a large part in the healthcare industry in either preventing or treating diseases or assisting people with disabilities. Also working with people who have impaired vision is Australian startup Aipoly. Founded by Alberto Rizzoli and Marita Cheng, Aipoly is an assistive technology that allows smartphones to recognise objects as if they were the seeing eye to help the vision impaired identify the world around them.

With the estimated proportion of people experiencing low vision in Australia predicted to double by 2024, assistive technologies and preventative measures is more important than ever. As a nation that can’t live without their smartphones it makes sense that healthcare is now utilising this technology to essentially place care in the palm of our hands.

The oDocs smartphone app is currently free to download and the eye-care adaptors can be purchased online from $200. The device has already reached people in the Pacific Islands, Mongolia, Greece, Bali, Vietnam, India, Brazil and South Africa. Eastvold-Edwins said the device is even being used in Canada by doctors who simply just want a portable eye-care system.

For the next 12 months, the priority for oDocs is fundraising. It is looking to raise a $500,000 seed round to prepare shipping of its products to its first post-launch customers later this year.

Get 15% off your next business venture with Veromo 26 Oct 2016
Travel Insurance
On the hunt for a great low rate home loan?
Great discounts on online courses for small businesses
UBER for Business: Get $20 off the first ride for you and your staff*
Home professional? Get matched to projects in your area with Houzz