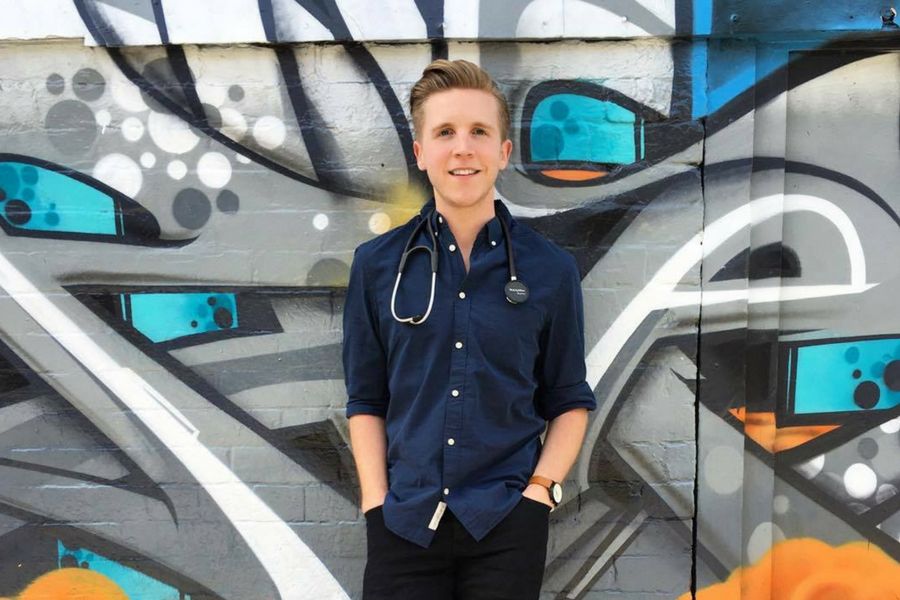 For many of us, our health – the most important thing in our lives – is an afterthought. We avoid the dentist’s office calling us to come in for the yearly check-up and go in only when that toothache gets too much to bear, we deal with various niggles until they can’t be ignored any longer then head to the doctor.

Maybe we feel we don’t have the time to fit in an appointment and sit in the waiting room, or we’re sure it’s really nothing and it will go away, or maybe we don’t want to confront the problem. Whatever the reasoning, it’s the wrong way to look at our health.

Sydney’s Robbie Bedbrook, a registered nurse, has spent the last few years seeing patient after patient with the same attitude: most of us don’t know all that much about our health, and we don’t like talking about it, good or bad.

Obviously passionate about healthcare himself, Bedbrook saw an opportunity, to start making a change. The result is Hot on Health, a recently launched educational platform looking to help inform people about healthcare. The platform wants to get people thinking about their health before it gets to the stage where it becomes a problem that they are forced to pay attention to, effectively working as a resource in preventative healthcare.

As Bedbrook explained, Hot on Health is “designed to make information that generally seems really clinical and scary accessible to the public.”

Bedbrook noticed, through his work and talking to friends, knowledge gaps around things he thought everyone knew about. He said he then realised, of course everyone doesn’t have this knowledge, he just does because he’s a healthcare professional – but everyone should.

One particular knowledge gap was around the topic of sexual health, where Bedbrook noticed women who sleep with men didn’t know it was at all possible to get a throat swab on their STI screenings.

“I saw that so often that I thought I wanted to somehow make some big projection about it. Then I thought, there’s so many gaps that I see that I could kind of create a whole platform around it,” Bedbrook explained.

“Healthcare seems like such a secret society, like only if you’re a doctor or a nurse or otherwise work in health do you really get to know everything, which is counterintuitive to people actually getting better and being able to stay healthy.”

Bedbrook has been working on the platform since April. Having studied a double degree in nursing and international studies, he had no background in business but has thrown himself into the process; rather than simply taking to YouTube with videos filmed on his laptop webcam, he saw that in order to actually start a movement he had to create an effective, sustainable platform and think of it as a business with a product.

The process of creating a video sees Bedbrook first explore a particular topic in conversations with friends and the doctors he works with before then researching himself and then writing a script. The scripts are then checked with others outside the healthcare space to ensure they’re informative without being full of jargon, the video then filmed, and a companion article written for those who want extra information or perhaps don’t want to watch a video. The articles include references with further information the reader can explore themselves.

With his goal to create a personable, friendly platform, Bedbrook saw his role as a nurse as perfect: people tend to look at nurses as being more relatable than doctors. The tone of the content is therefore quite chatty and engaging.

Now working on the business part time, Bedbrook hopes to build up an audience and then expand its scope, perhaps creating further educational resources online and for schools to get people thinking about their health before it becomes a problem.

The need for a focus on preventative healthcare is clear: according to the Australian Institute of Health and Welfare, total expenditure on health in 2013-14 was $154.6 billion, up by 3.1 percent on the year before. This figure represented 9.8 percent of GDP, with governments providing 67.8 percent of total health expenditure. Around 25 percent of taxation revenue went to health.

“I want to make people think about more than what’s happening just right now, so even if you’re not sick right now, thinking about the future and all your friends around you. Do any of them have health problems? Do I know much about it? Just getting people to talk about health differently,” Bedbrook explained.

“We only really talk about health negatively, like when something is wrong, am I going to get better? Or we don’t talk about it at all because it’s really scary. I want to change the way we talk about health because it’s the one thing we all have in common and everyone has it, good, bad, chronic, whatever. If we make it less scary and less daunting, maybe we can get two friends sitting in a bar, rather than talking about what they did on the weekend, they can talk about health and it’s not a big, deep, weird conversation, it’s just wanting to learn more.”

With Bedbrook self funding the platform, there is potential to bring on revenue through partnerships and the development of paid educational resources, but his aim is to keep the videos free in order to reach as wide an audience as possible. Further on down the line, he said, he hopes to have an impact on policy.

He said, “The idea is to change practice and completely change people’s attitude to health.”