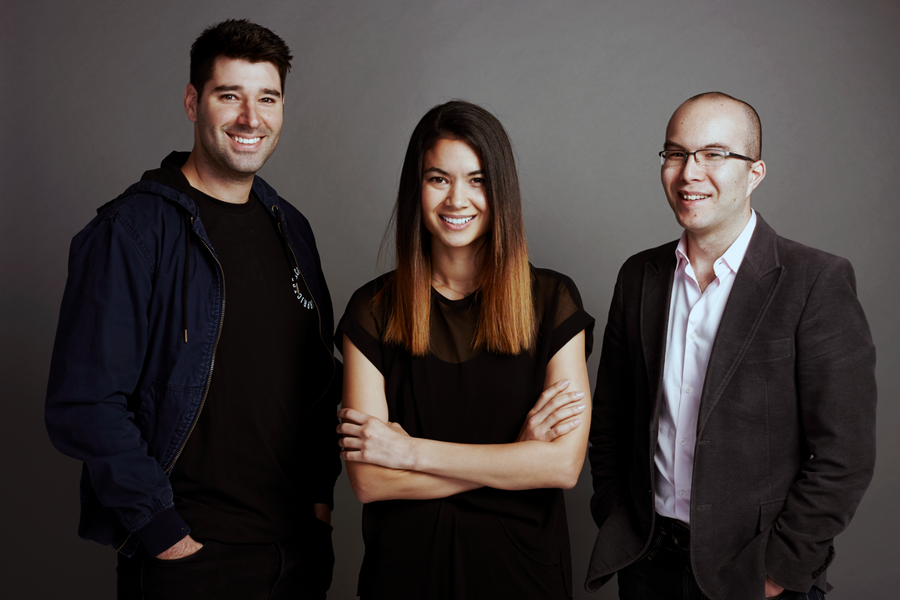 Sydney design startup Canva has announced the raising of a US$15 million ($19.8 million) round from Blackbird Ventures and Silicon Valley firm Felicis Ventures. It comes less than a year since it last raised US$15 million from the same investors at a valuation of less than half of today’s US$345 million.

The round, which brings the total raised by Canva to over US$42 million since its founding in 2013, comes after the startup’s biggest year yet: since the last raise it has launched Canva for Work, released localised versions of its platform in 11 languages, created an app, and announced that it has 10 million users across 179 countries who have created 100 million designs.

This growth has come without the startup actually spending a cent of the money it raised from Blackbird and Felicis last October – which only served to make the VCs come back for (or to give) more.

Rick Baker, cofounder of Blackbird Ventures, said, “Canva’s growth is exceptional, not only by Australian standards but also by Silicon Valley standards. But our investment decision is based as much on engagement as growth. Canva’s users just love the platform ­ they are making millions of designs each month and exporting them to use in the real world.”

With US$30 million in the bank, Canva is now gearing up for further growth and expansion, with the goal to become the key tool people use globally to create all their documents, presentations, and marketing materials at work, for whatever work it may be.

Melanie Perkins, cofounder and CEO of Canva, said that while the startup didn’t need to take on additional capital, the cumulative funding will help the startup “quadruple down” on all its plans.

With Canva now one of the darlings of the Australian startup landscape, Perkins admitted approaching investors this time around was significantly easier than it used to be, with the company was able to choose the investors it wanted to work with for long term success.

“We’ve really enjoyed working with Felicis and Blackbird over the years; they really understand our vision and have been really helpful in our mission to get there, so it made a lot of sense to work with them in a deeper capacity to go forward, especially because they’ve been such great supporters along the way,” Perkins said.

“[Blackbird] has been with Canva since our very first round so it was great to give them the opportunity to work closer together.”

This work will focus on tapping into new global markets, with Canva on track to be available in 20 languages by the end of the year. Since launching its first six languages in May, Perkins said the two most rapidly growing markets are Spanish and Brazilian Portuguese, though all are on the same growth path.

“Some of our users from Spain were using Canva in English then switched over, whereas in other markets like French they weren’t using Canva as much in English. Now we’ve actually launched in French it’s taking off, so each market we’re seeing different levels of initial traction,” she explained.

The top five markets for the startup overall are the US, Australia, UK, India, and Canada.

While global workplaces are a key focus for Canva, Perkins said the startup was also looking at schools. Interestingly, by entering the education market it would be taking the opposite approach to that of Prezi, a platform which very much grew through students at school using it for presentations, taking it through university, and then into the workplace, leading Prezi to create its paid Prezi Business platform for teams earlier this year.

“Schools are a really interesting market for us…students are having to create visual content, it might be their resume, their presentations, or a poster, but there’s a lot of emphasis on visual communication nowadays because every profession requires that, and schools are looking to help people get ready for the workforce. If every single profession needs it then it’s a great thing to be learning in school,” Perkins said.

Getting users while they’re young and keeping them on would certainly help Canva achieve its lofty goals of facilitating visual communication around the world.

“We’ve got so much left to do. We’ve got 10 million users, which might sound like a lot, but there’s three billion people on the internet and we really believe Canva can become the platform for the modern workforce and to help people communicate their ideas, across every single industry,” Perkins said.

Though getting the funding to help make this goal a reality may have been easy this time, with investors chasing Canva rather than the other way around, Perkins said it means all the more after the experiences she and cofounder Cliff Obrecht had trying to get their first company off the ground.

“We were extremely fortunate to not take any funding for our first company because we really learned to concentrate on the right things, like fixing our customers’ problems, becoming profitable, making sure we got our marketing right, and all these other things rather than if we’d had cash injected into the first company, I think we would’ve misspent it,” she said.

“We learned how to be frugal, how to make money stretch, and how to achieve a lot on a very small budget, which I think set us up very well for Canva because it meant that, as we had more investment, we were able to spend it on the right things and we knew exactly where we were going to spend it.”