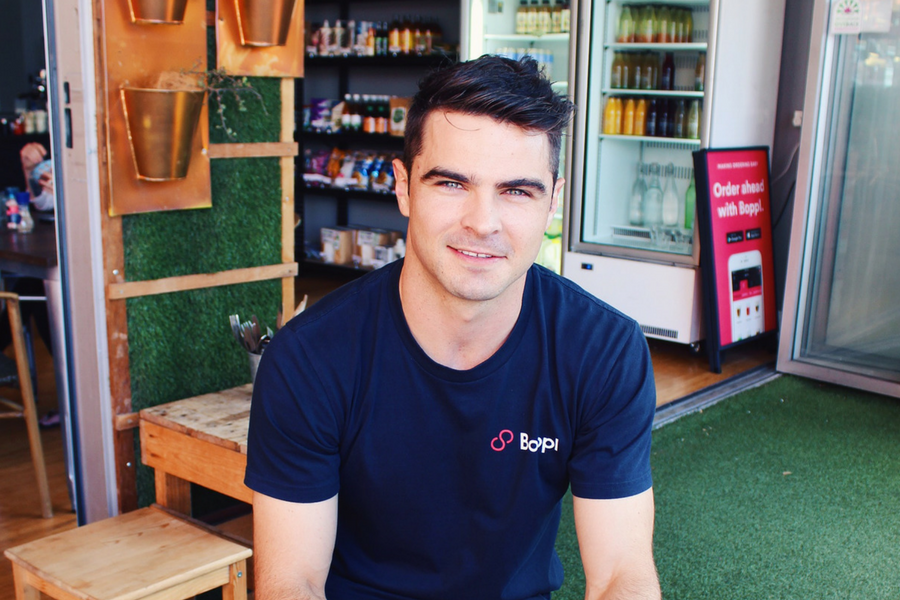 The peak hour rush at restaurants can often mean people spend half their time flagging down wait staff to just place their order. In pubs it means standing in line and hoping the weekly special doesn’t run out before you order. When it comes to food people don’t like to wait – being impatient is a sign that you’re getting hangry and the quality of your night hangs in the balance.

To remove waiting times at restaurants and improve the overall customer experience is London-founded, Brisbane-based app Boppl. The app is a mobile ordering and payment platform that allows customers to order food and drinks from venues via their phone. Customers can place orders either before they arrive at a venue or when they are seated. This means that customers order when they are ready instead of when the wait staff are ready.

Boppl connects customers to nearby local restaurants and allows them to find, order and pay straight from the app. Once a customer has placed their order the app displays the exact status of their food or drink in real time, informing them when the meal is being made, when it’s ready to collect or when it is being brought to their table number. The real-time experience is similar to that of global pizza chain Domino’s, which has recently shifted its focus into tech to improve customer experience and streamline the ordering and payment process.

Boppl was first founded in 2013 by Angus McLachlan and Shashi Fernando, who launched the app in London and have since brought its service to Australia. Since January this year things have really started to heat up for the startup: Boppl has recorded a growth of more than 481 percent globally with a repeat customer retention rate of 90 percent in the last eight months. Throughout Australia, the US, and UK Boppl has processed over $100,000 in prepaid orders.

McLachlan explained that initially Boppl was born out of a “scratch your own itch” type of scenario, where he found a personal problem and sought a solution.

“The idea was sparked after not being able to get service at one of our favourite, local bars in London. This highlighted to myself and cofounder that even at great places to eat and drink, service was limited to the venue’s available staff,” he said.

“There was little to no support for staff in what is an extremely demanding and fast-paced service industry. This led us to question, why can’t the computer in our pockets connect to the computer behind their counter?”

The problem and solution all ties in with improving customer experience, however the solution is not the first Australia has seen. Particularly around fast-paced orders like coffee, Australian startups including 365Cups and Hey You have both emerged to try and bring down customer wait times.

With its focus on the cafe and coffee shops market, Wagga Wagga startup 365Cups is a smart ordering system that like Boppl allows customers to ‘order ahead.’ The app also offers a loyalty system to keep customers coming back, but at the same time offering cafe owners with customer data to strengthen their service.

Since launch in 2011, 365Cups has transacted almost one million orders through the platform and is representative of the quality of startups coming through the Riverina area.

The success of coffee ordering apps is partly due to Australia’s coffee culture and also our adoption of technology. Another Aussie ordering startup that has also experienced significant growth is Hey You, which in May this year announced a $2 million Series B funding round led by existing investors Reinventure and Exto Partners.

The app’s features include order, pay, loyalty benefits and connections between new and existing customers and their local food and drink venues. These features are similar to most of the competitors working in the same space and the adoption of these apps might just depend on what regions customers live in.

Since launch in London, Boppl has also worked on both the UK and US markets to secure international venues like Bombay Burrito, Coffee Boy and Dolcezza in the UK and Larry’s Giant Subs and The Avenue Kitchen & Grill in the USA.

While growing in the UK and US, since launch McLachlan has moved back to his hometown of Brisbane to push his focus back into the Australian market.

He said, “Melbourne is the next territory we have our sights on. Being known for its food culture, it comes are no surprise that we already have interests from both venues and customers to start building.”