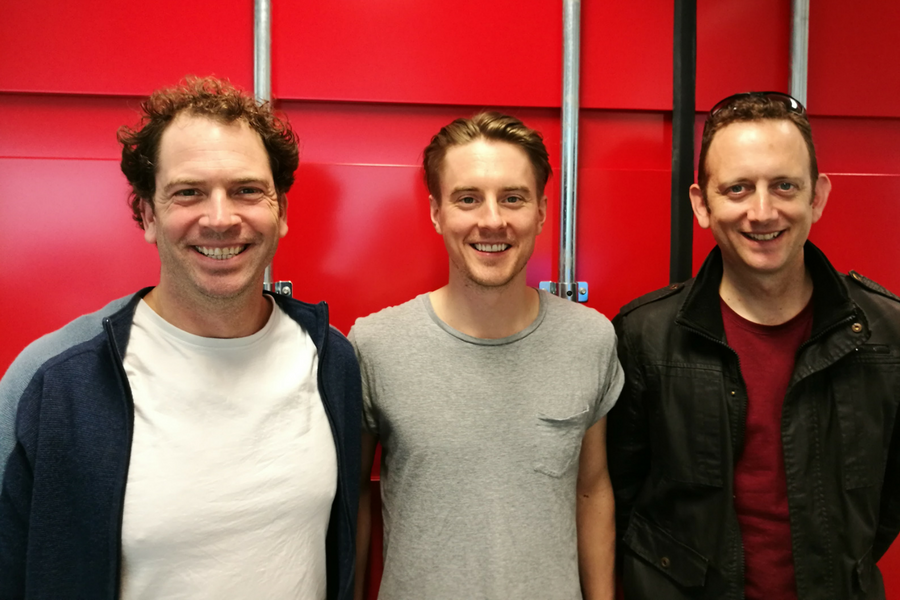 With the Rio Olympics in full swing millions of people all over the world are tuning in to watch their country compete for gold. For regular events like swimming, gymnastics, and long jump people can live stream or watch the competition on their TV or computer. Multiple camera shots show all angles of the event, getting up close and personal with competitors sweat, tears and even leg breaks.

However for ultra marathons like triathlons and even pentathlons tracking a race requires more than just a few cameras. 3D virtual world maps for global events like the Olympics are now aiming to redefine how people engage with adventure sports.

Sydney startup Doarama has created customised 3D and GPS tracked map visualisations of endurance sporting events. The startup combines GPS tracking, animation, satellite imagery, and interactivity tools to enable sporting fans to control how they view the route of any competitor in a 3D visualised world.

A competitor wears a GPS tracker and the route they take during the event can be uploaded to the Doarama site or embedded on other sites, giving fans a virtual experience of the event.

Founded by Academy Award winning visual animator Chris Cooper, Doarama has been working out of CSIRO’s Data61. The technology has already been used for events like the Tour de France and now the Rio Olympics. 3D maps were made in advance for road cycling, triathlon and marathon events at this year’s Olympics.

Pete Field, Data61 software engineer and head of Doarama, said that up til now artists have created 2D map drawings to show the terrain of an event.

“3D fly-through maps were only available to large media broadcasters, and even then, these maps were limited to a single point-of-view, and only made available for the largest races,” he said.

Field explained that Doarama creates 3D fly-through maps to show athletes the exact route they will take and allow spectators to immerse themselves in the race and follow each course.

“When competitors were coming to look at the route map, our map shows up, they press play and they’re brought through this living, moving map and they can see the course that they’re going to be running,” Field explained.

Maps can also be embedded onto the sites of sporting events and shared across social media. What Doarama didn’t consider was friends and family have also been using the maps to track where their loved ones are in a race. Previously in particularly niche events like paragliding there has never been a way to track individual routes.

With many large sporting events spanning over more than one day or with directional routes, there is a lot of GPS data to upload. For example paragliders will throw a hundred different routes over the course of an event, which makes compressing files one of Doarama’s greatest challenges.

As part of its major launch in June, Doarama worked towards compressing and streaming data into a user’s browser from 40 seconds to five.

“We’ve noticed that this has really improved usability. Nobody would want to wait 40 seconds for a webpage to load, but I think that’s a lot of what’s driven our traffic and our growth,” said Field.

Working on big events like the Tour de France, Rio Olympics and the RedBull XAlp competition, Doarama has definitely tapped into a global audience. During ultra marathons, Doarama has seen a 400 percent user growth and significant engagement from fans all over the world.

Doarama is free to use and works on both desktop and mobile devices. It gives sport enthusiasts the opportunity to experience a walk, run, hike, rock climb, paraglide, cycle or ski route, using its GPS route visualisations.

However Field said that at this point in time the team are uncertain how they will move down the path of monetisation.

“We don’t have a payment platform, we’re still looking into exactly how to do that. We think we’ve identified the customer as being the major event organiser, but we haven’t settled on a payment process yet,” Field said.

Doarama is now looking to tap into all major sporting events that are currently using maps, rather than 3D tech. The Rio Olympics is the first major event where people can now live track a mass group of people over a large distance in a virtual reality space.

“We want to be the number one go-to place for a sporting event that is showing a competitor’s map and a pre-map of the course,” said Field.