TechSydney exceeds $500,000 crowdfunding goal as it looks to push Sydney up the global ecosystem rankings 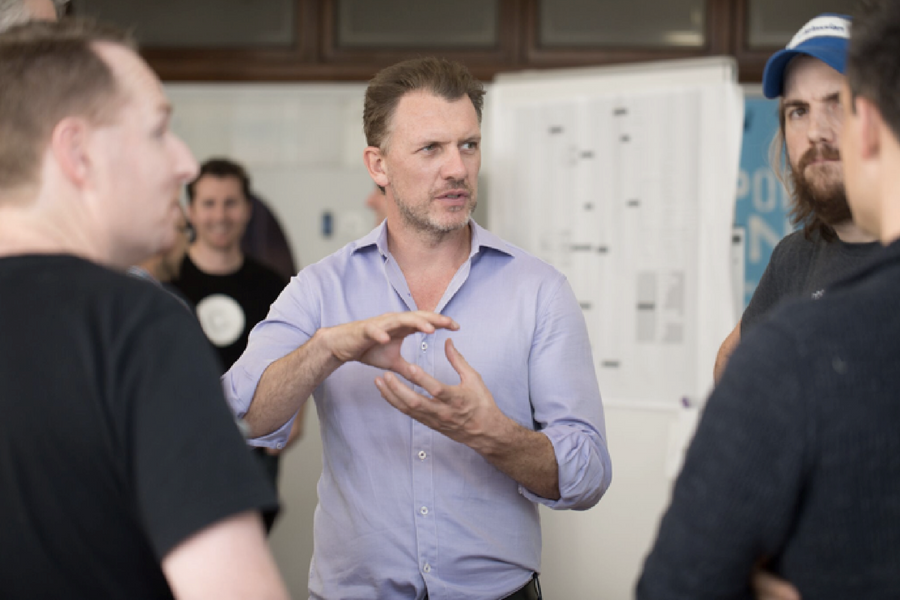 TechSydney has announced today that it has raised $534,100 on its Pozible campaign, exceeding its goal of half a million as it looks to push Sydney into the top ten of the world’s best tech ecosystems. The Pozible campaign came after the organisation had previously announced a goal of raising $2 million from its members, later changed to crowdsource funding from the entire community.

CEO of TechSydney, Dean McEvoy told Startup Daily that the decision to change both the amount of funding and the source was to create a “stepping stone to the end goal.”

Motivation for the initiative was sparked from the release of the Global Startup Ecosystem Rankings last year, which placed Sydney at 16th in the world of best tech ecosystems. This ranking was seen as an unfortunate slide from its previous rank of 12, with many leaders in the community wanting to “create enough momentum the other way to accelerate past other cities.”

The not-for-profit organisation got off to a shaky start, with many in the startup community concerned over its exclusive invitation-only launch dinner and the low representation of female entrepreneurs in its founding team. These concerns were raised as TechSydney’s core initiative is to facilitate collaboration within the startup community, given a lack of effective collaboration was seen as one of the major factors contributing to the slip down the rankings.

McEvoy said that the feedback he received from the startup community has been taken on board and the initial experience was a learning curve.

“This is a lesson that I’ve learned. We have been quite inclusive, but it’s just the way things are perceived and it’s something we have to work on. From the very beginning the process wasn’t about excluding people by putting on that event at the Powerhouse, it was about activating the leaders of the industry to get involved,” he said.

“In terms of diversity we had some great female entrepreneurs involved at the beginning and the perception of that photo that went out was very bad and I definitely learned that lesson of making sure that the perception matches the reality.”

Involvement in TechSydney has been divided into different categories of membership which give access to services such as business and strategy development, events, lobbying, data access, single voice communication and one-on-one guidance.

Anyone can join TechSydney as an individual member for $100, with that price point increasing for the Atlassians and Canvas of the world, who can join for $10,000.

Another initiative on the agenda is building up the ecosystem and creating a place for startups to grow organically. Sydney, and in fact all major cities in Australia don’t have a natural density. In Silicon Valley an entrepreneur can walk down the street and bump into like-minded people who can offer help and guidance. In terms of Sydney, the city is widespread and lacks a hub and location that can facilitate interaction and collaboration within the startup community.

McEvoy said that a central startup location in Sydney can be manufactured to focus everyone’s efforts in the one spot.

“That will be something we’ll try to do, to get a location for everyone in the industry. The short term solution is to get short term leases on places in the city and start to build a density very organically. The medium term focus is to have a location or precinct that is ours. Somewhere every company in the industry from Fishburners to Atlassian could locate themselves,” he said.

He confirmed it has been talking to the government about the Powerhouse, which is in the process of being sold to developers and has the potential to inject a return eight times larger to the economy by putting in tech companies, rather than creating high rise units.

“It makes sense for government to invest in the infrastructure that’s going to set us up economically in the future. If 22 percent of our GDP is about to be disrupted by these high growth technology companies than we need to be the people that understand that disruption and benefit from it,” McEvoy said.

McEvoy also highlighted the fact that it is important that not only Sydney, but in fact all cities work together to create Australia as the number one destination for startups, talent and investors. Getting the balance of rivalry and state competition right is important to show Australia as tech savvy and collaborative startup ecosystem.

“It’s important that we come together and say this is why Australia is great and here is the menu of great options we have in Australia. Let’s not let it be a political scorecard that the politicians are trying to use to get a win off each other,” McEvoy said.

“A good analogy is Tourism Australia, they go out and push Australia and they let people decide where they want to go on holiday. I think that analogy needs to hold true to the technology industry.”

As of yet, TechSydney has not reached out to the corporate end of the world, but will be looking to do so within the next six months. Facilitating conversations between startups and larger companies will help corporates learn from disruption and be involved in the process of technological change.

Great discounts on online courses for small businesses 16 Mar 2018
UBER for Business: Get $20 off the first ride for you and your staff*
On the hunt for a great low rate home loan?
Home professional? Get matched to projects in your area with Houzz
Have you booked travel insurance for your next trip?
Get 15% off your next business venture with Veromo