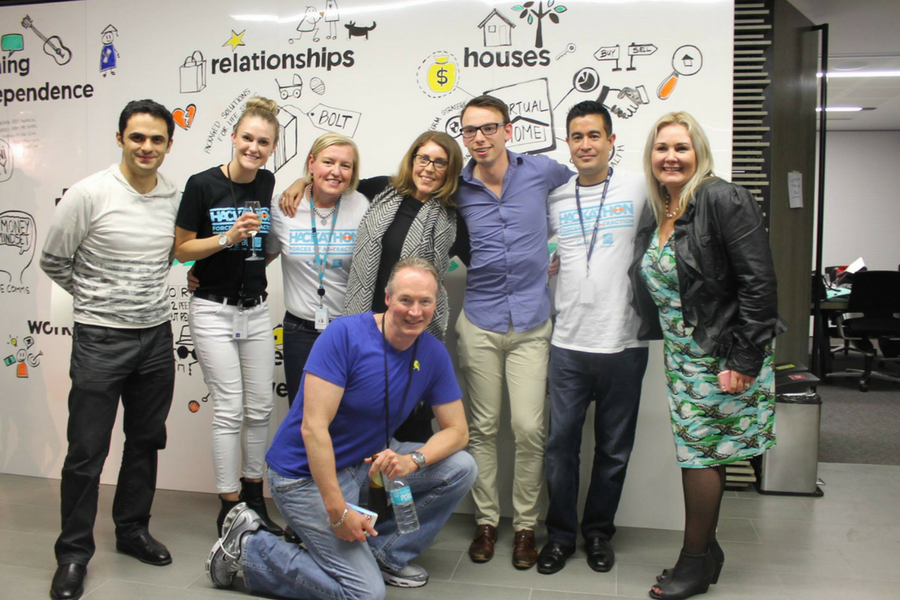 A program featuring a range of financial solutions tailored to help victims of domestic violence overcome the financial barriers that often prevent them from escaping violence and starting over took out top prize at last weekend’s CUA Hackathon.

Taking place at Brisbane’s River City Labs, the ‘Forces of Attraction’ hackathon saw seven teams work to come up with a new service or product for CUA customers, addressing a key life event. In attendance were CUA employees and members, who took part in focus groups with the teams.

The winning team, CUAngels, was made up of six CUA team members and two external participants, whose idea is a bespoke solution consisting of several different elements looking to help domestic violence victims. These range from specific banking products through to CUA working as a conduit to connect people to broader support services.

The team, which donated their $5,000 prize to a domestic violence support service, will continue workshopping their idea with CUA to see if and how they can bring it to life.

A CUA spokesperson said that the idea could become part of the organisation’s community investment strategy, the operation of which CUA is currently reworking.

Rob Goudswaard, CEO of CUA and a judge at the event, said the idea aligned perfectly with CUA’s increased focus on ‘mutual good’ and community initiatives that involve members working together through changes and challenges people face in life.

“We’ve heard this weekend how there is a real need for a financial institution to step in and provide support to the victims of domestic violence – not just women, but also men, who account for 23 per cent of domestic violence victims,” he said.
“The ambition, passion and enthusiasm I’ve seen here is quite incredible. Just think what we could achieve in the future through this kind of collaboration and creativity.”

CUA will also continue workshopping two other ideas that won prizes on the weekend to address the viability of progressing with them.

The award for idea with best traction went to Mini Money Manage,a kids’ saving app that promotes financial literacy through gamification, while the award for most innovation idea was given to My Virtual Home, an interactive tool built around goals and milestones when saving to buy a new home.

The hackathon was the latest initiative from CUA as it looks to innovate. The organisation has long been a partner of River City Labs, with which it runs the Sponsored Entrepreneur Program, and earlier this year signed on as a partner of Sydney fintech community Stone and Chalk.

Melissa Witheriff, CUA’s senior manager of innovation and strategy, said the organisation acknowledges the importance of building up its internal capability in innovation and change.

“We need to be able to think like a startup and find ways to accelerate the development and implementation of ideas.”