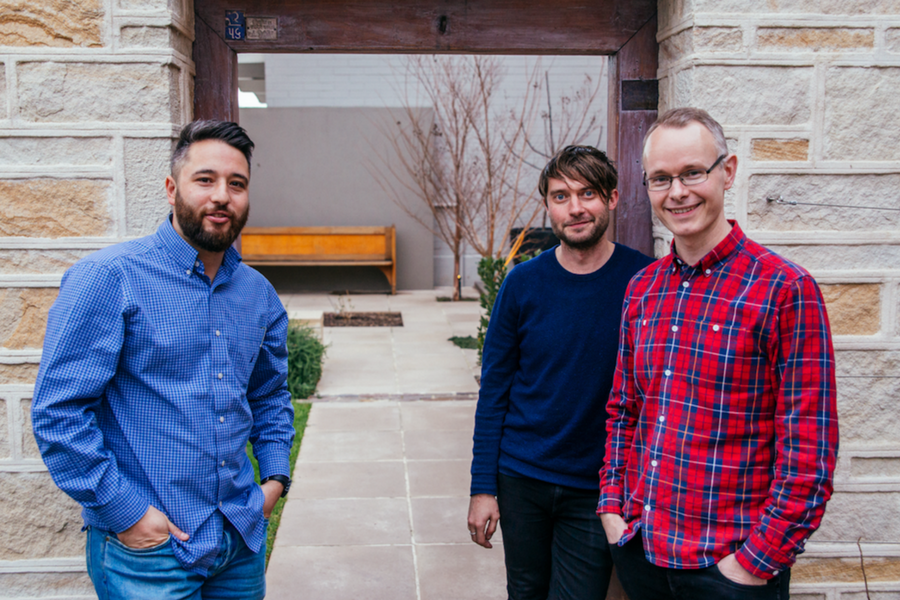 There have been consistent reports of heightened levels of suicide and even accidental death in farming and regional communities across Australia. While reports reveal that the number of traumatic deaths in these communities is greater than that of the general Australian population, research is limited and the investigation into the impact of these preventable deaths is quite low.

The latest statistics on suicide in farming communities in Queensland suggest that occupational farmers are twice as more at risk for suicide than the average Australian. This however doesn’t include people who may be farmers but have off-farm work, or people who may be technically retired but still contribute to farming work.

The stigma of suicide in farming communities has created a real barrier for people to be able to talk about their experiences. According Sam Haren, the director of Australian startup Sandpit, people who are dealing with a traumatic experience of suicide find it difficult to vocalise how they are feeling and what they are going through.

To break down and address the suicide stigma in regional and farming communities Sandpit has created a web application called The Ripple Effect. The startup is a personalised web application that presents real stories and experiences of people who have experienced suicide in their community. Each story is presented to the user in a way that is relevant to them and their relationship to the subject.

Every year it is estimated that 2,500 Australians will die by suicide and Sandpit believes that for every suicide attempt there is a ‘ripple effect’ that impacts friends, family, colleagues and even entire communities.

Many experiences of suicide remain untold and The Ripple Effect looks to kickstart a healthy and open discussion on the effect suicide has on everyone in the farming and regional community.

The Ripple Effect is an online project that is being funded by Beyondblue and the Movember Foundation, which are funding a series of projects addressing stigmas relating to men. Together Beyondblue and the Movember Foundation have funded six digital platforms, including Sandpit, in a project called STRIDE. The project is looking at what can be done to achieve stigma reduction goals in men.

The results of each platform will be revealed in mid-2017 with the aim of providing insights into the most effective ways of using digital media platforms to engage men in stigma reduction interventions, prompting change across knowledge, attitudinal and behavioural components of stigma experienced or exhibited by men between the ages of 30 and 64.

In looking at the concept of stigma reduction through digital technologies, Sandpit decided to create an adaptive yet personal structure of online stories told from real live experiences. Haren said the team wanted to take the experiences and stories of people in regional and farming communities and create a way to share them.

“On one level it’s about being able to share these stories and experiences and the other is to provide information that’s more a clinical nature to help people understand how to approach people or set goals in dealing with what they might be going through,” Haren explained.

Last year Sandpit made a national call out to the farming community in Australia by sending out reply-paid postcards. People who contributed to the call out were asked to hand write their experience of suicide in their own community. Each response was uploaded to The Ripple Effect platform to be sent to other users around the country.

The hand written stories are only one element of The Ripple Effect. The platform also hosts a series of video documentaries and digital stories of people talking about their experiences and sharing what they’ve gone through with users who can also choose to be anonymous.

“The concept of the project, which was a unique challenge was to make this project valuable to a very diverse set of people in a community who have different connections to suicide and different experiences of suicide,” Haren said.

Some people who live in regional farming communities don’t have access to fast internet download speeds. Keeping that in mind The Ripple Effect created the platform as a web project that is also accessible through smartphones and tablets. The UX is all about simplicity to make the app experience lightweight and easy to navigate.

From a series of simple questions, the Ripple Effect collects responses to determine what stories and experiences best suit the user.

“Really early on we understand peoples gender and farming type in terms of the farming industries they might be involved in, and that can help customise the imagery we use later in the site,” explained Haren. “It’s all about trying to fill the UX interactions by really listening to the user and speaking back to what they’re telling us as they interact.”

The Ripple Effect was launched at the end of June this year and is now live for users to engage with all around Australia. As part of the STRIDE Project, The Ripple Effect received $440,000 investment from Beyondblue.

The STRIDE project will run for nine months and from then Haren hopes The Ripple Effect will continue its success from then on.

“We are also really excited and very moved by the ways in which we could get people’s stories and experiences,” said Haren.

“There’s a real emotional power to hearing people communicate their experiences and the idea that this in a very simple way could allow people to hear someone who has already gone through a similar thing.”