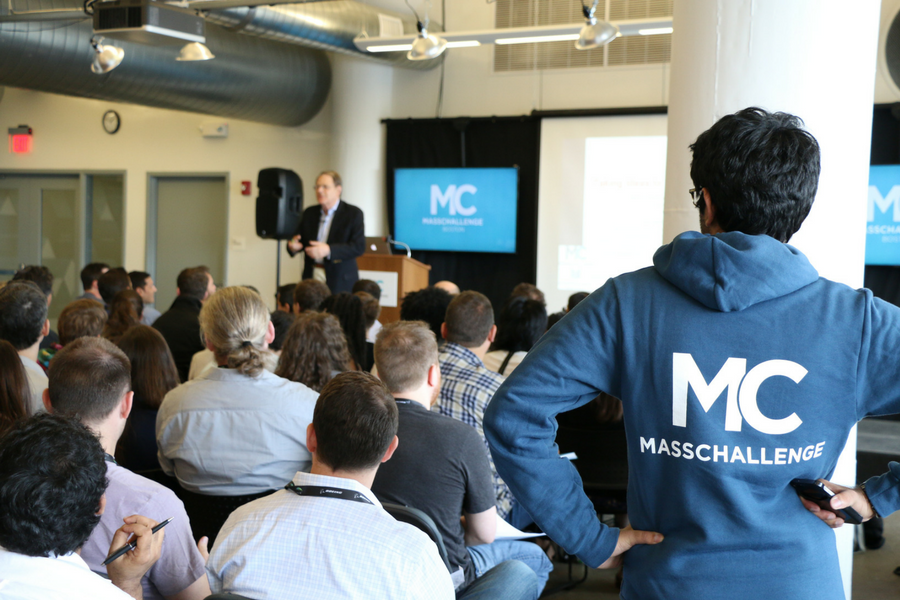 The NSW Government has become the latest state government to partner with Boston-based accelerator program MassChallenge, giving the state’s startups a chance to compete in the renowned international startup competition.

Applications opened this week for the first national Bridge to MassChallenge event, with a local bootcamp to take place in Sydney in November. Selected startups from the bootcamp will then take place in the national competition.

NSW Minister for Industry, Resources and Energy, Anthony Roberts said the NSW Government believes partnering with the accelerator will help follow through on the state’s promise of creating jobs, consolidating the startup sector in Australia and upskilling the workforce.

“I am pleased that MassChallenge and the NSW Government have come together to give local startups a chance to grow their skills and knowledge both here and overseas.”

This comes a few months after the Federal Government announced a partnership with Microsoft Australia to bring the MassChallenge to the country in April of this year. As part of the partnership, the Bridge to MassChallenge program will run across Australia this year, with a launch of the full accelerator program to come next year.

A typical bridge program includes a national startup competition in the partner region, a startup boot camp, ecosystem leader training, and ecosystem analysis and mapping. Having made a deal with the Clinton Global Initiative in 2014 to take its program to 10 global cities by 2020, MassChallenge has run bridge programs in countries including Colombia, France and Spain.

Former federal Minister for Industry, Innovation and Science Christopher Pyne said at the time, “This is the kind of opportunity we want to create for startups here in Australia whilst also helping upskill the Australian innovation system.”

The Bridge to MassChallenge Australia aims to identify and support Australian startups and connect them with resources they need to grow, which will in turn bring more jobs to the country and consolidate the country’s startup ecosystem.

The Sydney bootcamp is one of three taking place across the country in November, with events also to be held in Melbourne and Adelaide.

The best candidates from the three events will be selected for national finals, with winners from the national finals then going on to a bootcamp in Boston, where they will receive mentoring, networking, and other training opportunities and compete against other global candidates to take part in an international MassChallenge accelerator.

The Premier of Victoria Daniel Andrews announced in Boston in April that his government has pledged $250,000 to become a founding member of the accelerator program, with the aim of ensuring the state’s inclusion in the initiative to create jobs, support entrepreneurial activity and grow the local economy.

Similarly in Adelaide there will be a Bridge to MassChallenge event. South Australia’s Manufacturing and Innovation Minister Kyam Maher said earlier this year, “Having a MassChallenge program based in Adelaide would deliver significant benefits for local entrepreneurs and innovators, at a time when our state’s economy is transitioning from old-style heavy manufacturing to new high-tech, high-value manufacturing.”

The MassChallenge president Mike LaRhette said the organisation is excited to work with Australian entrepreneurs and connect them to a global network that spans across Europe, America and Asia.

“As a not-for-profit, our only aim is to add value to startups to help them succeed and exchange best practises with the local ecosystem to create impact that helps the whole community. We’re looking forward to getting started today and welcoming Australia’s top startups into the programme,” said LaRhette.

The NSW Government partnering with the organisation comes after the launch of its Jobs for the Future initiative last Friday, an ambitious plan looking to deliver 1 million new jobs by 2036 through the growth of startups and the state’s regional areas.

Karen Borg, CEO of Jobs for NSW, the government-backed body behind the Jobs for the Future plan, said core to the plan was helping startups thrive and become fast growing businesses that create jobs and value.

“As a result, we our excited to support the Bridge to MassChallenge Australia which very much aligns with our vision to help startup companies grow,” said Borg.

You can learn more about the Bridge to MassChallenge program here.