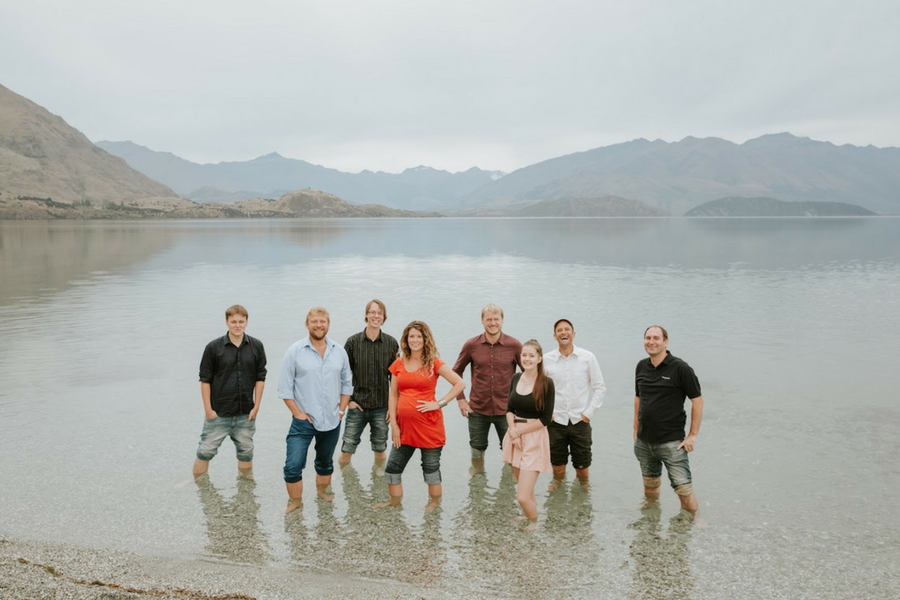 With more than one billion users on Facebook, the social media platform has become the best way to keep friends and families connected. However, when it comes to family, you don’t always want to share with the wider world – even your close friends or distant relatives – your personal events, updates and photos. We all have that random, distantly-connected family member on Facebook that posts unnecessary status updates and comments on every single photo.

To create stronger relationships within the modern family, that is the digital savvy one, New Zealand startup Kin2Kin has founded a ‘one-click’ app specifically for families. Kin2Kin is a private online photo album that connects generations of families, including kids who are deemed too young for Facebook and also grandparents who may not be technologically-savvy together in one application.

“With different time zones, busy schedules and changing relationships, we’ve created a unique and reasonable solution which is really just about treasuring strong relationships between families.”

Kin2Kin was founded in 2014 and has a typical startup story of the founder working out of a garage, in a small regional town. In March this year the platform was officially launched and has so far been downloaded in 51 countries, counting over 5,000 users.

McGregor’s mission was to find a solution for his own father to connect with his kids. With 30 percent of families being non-traditional, complex relationships and long distance make it hard to stay connected.

The average person on Facebook has 366 friends, and for family members like mums and dads, aunties and uncles and even grandparents they only want to connect to a few family households.

McGregor looked into how other social platforms work and many of them like Instagram, Pinterest and LinkedIn focus around the one person who has created a post, and many times that post is sharing a photo. Those posts are usually created with the idea that someone will interact with it – like, comment or share. However, McGregor saw that with families people don’t always want or need a response from an outsider, people want to keep it within family.

Kin2Kin works by creating different “households,” meaning families where each member has an account and can choose who to share photos with and who they want to essentially connect with. Those households may consist of younger and older people alike, so for an underaged child the connections and account can be managed by the parent.

The app has a central screen and each household has one account. Family members can easily switch between users through the click of a button and accounts can be shared across devices.

McGregor explained that Kin2Kin comes from the perspective of his own family.

“My kids are on my phone the whole time, playing games and doing things, and now when I pick them up from swimming they jump onto Kin2Kin, they hit the switch user button, the home screen changes to say my grandparents, my aunts and uncles, my cousins, and that’s how they can receive these notifications and comments from this small private group and respond back.”

In creating a household one family member can sign up, with this person then becoming the administrator for the household and inviting others to join. Family members are sent an invite via a text message with a unique code as validation to prevent the hacking of emails and password verification systems.

As new households are added and different family members connect, McGregor explained that the connections begin to look like the Olympic rings, with overlaps from blood relatives and those family members related by marriage. 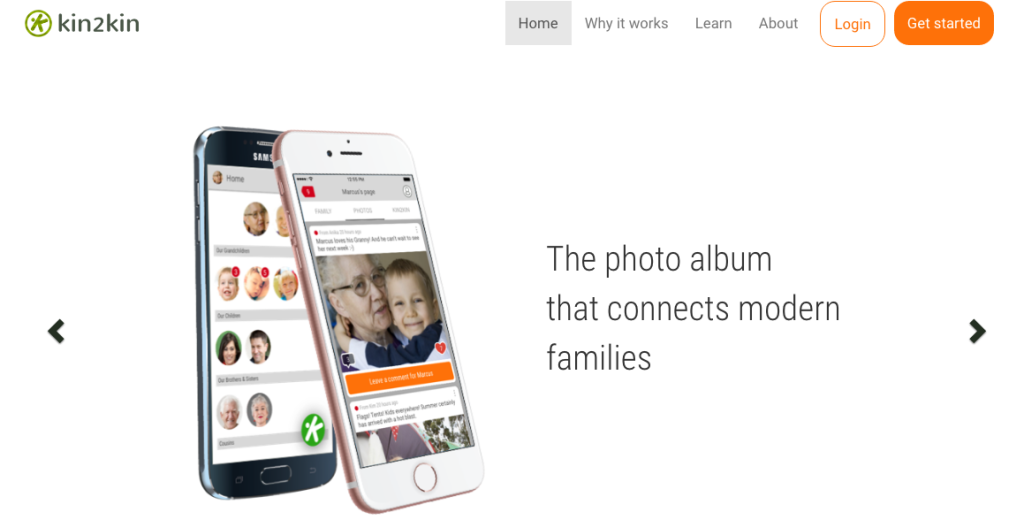 For the interface and design, McGregor said he was inspired by Uber and how it has used one simple button to create and connect a network of passengers and drivers together. This form of technology and the ease of user navigation can also be applied to elderly people with health problems, for example sight and mental illness.

“We’ve ended up being in contact by empowering groups like Alzheimer’s New Zealand. People are saying ‘wow we can use this as well,’ and the simple interface has been really good for seniors here,” said McGregor.

“We’ve had mental health people come through about the elderly and technology use, and in fact we’re talking to schools in some positive groups around youth in the community as well,” he added.

The different applications and interest from support networks and groups around New Zealand came as an unexpected delight. McGregor is now working on fine tuning the app and receiving feedback from the community to expand its possibilities.

Like always for apps, the big questions is how to monetise. McGregor said he doesn’t want to go down the path of advertising the feed and also wants the app to be free for all the core functions around relationships within the families.

McGregor is looking at creating a premium service around Kin2Kin, which will revolve around the organisation of family photos and events. For example Kin2Kin may offer to print a family photo album for $20 or send a gift card to a loved one for their birthday by partnering with a company like Red Balloon.

Currently this premium service is still being decided upon, and as the app is still in the early stages the market is still being tested to see what services can be enhanced and other applications that may be popular.

“Quite often I think as a parent we’ll go onto Kin2Kin because it’s good for the kids or it’s good for the grandparents. But we’re observing that it’s a fantastic place to keep things simple and private and keep your Facebook channel as something separate,” said McGregor.

“You’ll find young mums that are caught because some parents may be on Facebook but if you post too much their friends get upset, but if they don’t post enough their grandparents get upset because they don’t get the photos. The grandparents and close family probably want to see every single image you post, so it just allows the flexibility to have these different channels.”