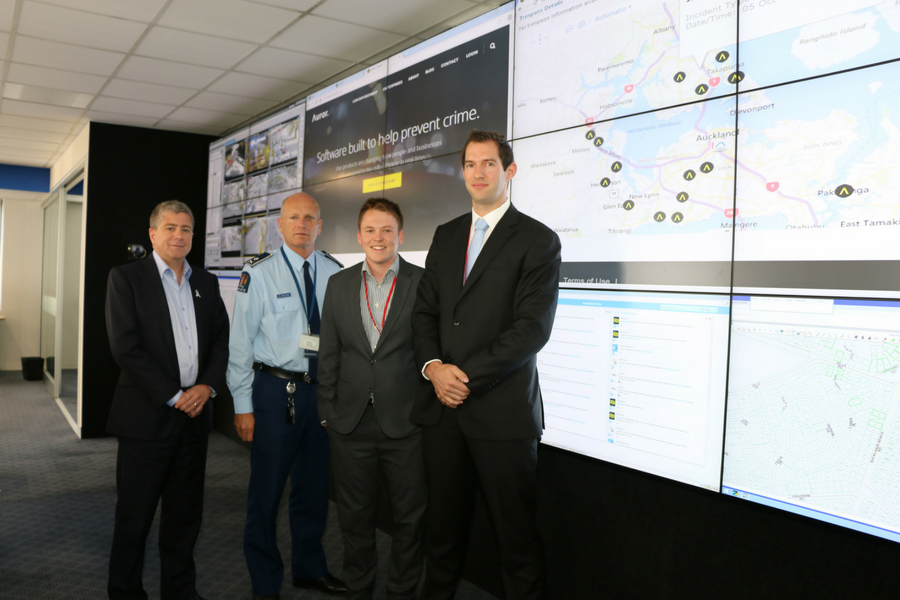 Many of New Zealand’s most unsolved crime cases are related to small thefts, and are costing small businesses and their communities millions everyday. Many of these crimes remain unsolved because often these thefts are so small that the cost of investigation outways the cost of the stolen items.

Previous approaches to combatting crimes like shoplifting have heavily relied on responses and actions taken by the business after the theft has occurred. This leads to fragmented and reactive police efforts, as officers go back and forth between the retailer, witnesses and video evidence.

The risk of getting caught is low and retailers are losing up to $1 billion every year, with estimated losses of NZ$2 million a day in stolen products. To help combat and reduce theft crimes against small businesses in New Zealand is new startup Auror.

Auror is a software platform that helps local businesses and police work together to prevent and solve crime in real-time. The New Zealand startup helps businesses such as supermarkets, petrol stations and other high volume retailers to proactively reduce crime by aggregating information and streamlining incident reports, easily connecting the authorities to a business’s CCTV footage and other information.

Information is connected between retailers and police in a smarter and simpler way to provide actionable intelligence that enables customers to prevent crime before it happens. Auror collaborates with the police, giving them the intelligence to identify and track repeat offenders and organised crime groups.

Meanwhile, through aggregated reports businesses are able to identify key offenders to address gateway crimes so more offenders are turned away and the risk of being caught increases. For example, Auror provides real-time alerts to store managers and security when high-risk people may be in the area, if they have been involved in an incident nearby or if a vehicle they’re connected to has been detected entering the carpark.

“Crime is a global problem, so we think there’s enormous opportunity for Auror,” said CEO of Auror, Phil Thomson. “We’ve had excellent traction here in New Zealand and Australia, and we’re keen to continue our growth trajectory and target other overseas markets.”

In continuing to grow in overseas markets earlier this year Auror entered and won a video competition to win a trip to represent New Zealand at the 2017 annual SaaStr conference in San Francisco. The event is one of the largest events in the world for software startups and will take place over three days in January next year.

SaaStr Annual began in 2012 as a wordpress blog to help share learning of Jason M Lemkin, who has been an early investor in many leading SaaS startups. Since 2012, SaaStr has transformed into the largest community of SaaS founders and entrepreneurs around the world. Its venture fund invests in four to five high growth startups every year and hosts numerous events around the world.

To attend SaaStr’s annual conference Auror submitted a 90 second video to explain why the startup should be selected for the event. Auror received nearly 800 votes, winning over the judges with a mix of humor and determination in combatting the global issue of theft.

The startup beat entries spanning across 20 countries and five continents. Australian startups Loop11 and RedEye took out runner-up spots and just missed out on the chance to represent Australia.

In winning the competition, Auror and received four VIP tickets to the event, valued at $1,200 each as well as $5,000 in travel expenses.

“We’re massively proud of the effort by our team and our incredibly supportive network of users, colleagues, friends and family to get so many votes and win the competition,” said Thomson. “We’re excited to have the opportunity to learn from the best startups in the world, and apply that knowledge to our own business.”

“We’ll do New Zealand proud at SaaStr by showing that a small Kiwi company can take on a global problem— and win,” he added.