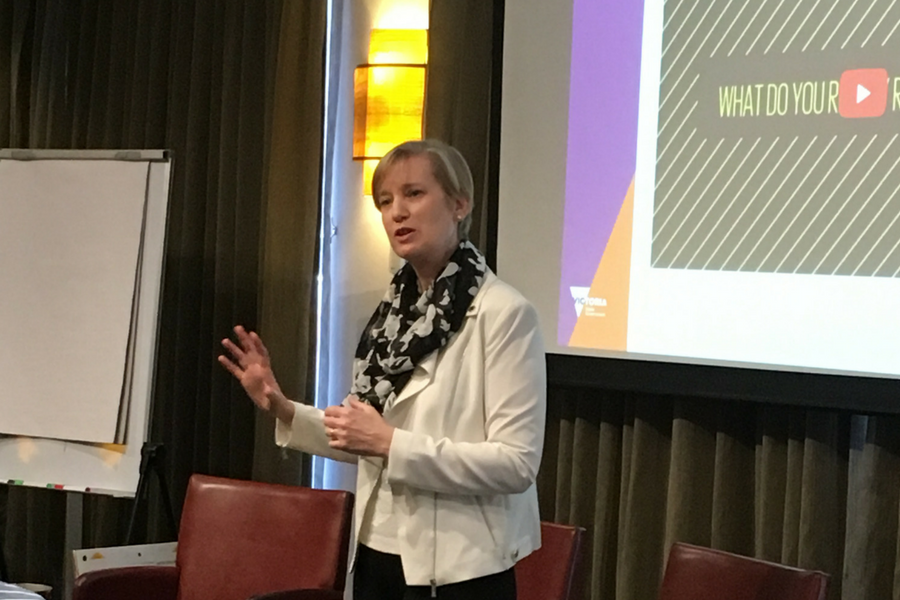 After announcing its guarantee that women will make up at least 50 percent of all its government boards last year, the Victorian Government is expanding its focus, aiming to develop a wider Gender Equality Strategy for the state.

To be released later this year, the Strategy will help “set the Government’s blueprint for gender equality across the state” by looking to embed the notion of gender equality within as many private and public organisations as possible, and advocate for change at the Commonwealth level.

A range of experts across various industries are consulting with the Government over a period of three weeks, with today set aside for small business, innovation, and STEM, looking at how to encourage gender diversity and equality within the tech sector. As it stands, women make up less than 30 percent of Australia’s IT workforce, compared to 46 percent of the wider Australian workforce.

The day kicked off with a panel session, with Michelle Gallaher of The Social Science, Atlanta Daniel of Signal Ventures, Medcorp Technologies’ Jacqueline Savage, and Sharebox’s Rohini Kappadath talking about the state of play for women in tech and startups.

The panel covered issues such as the need for female-specific tech events to encourage entrepreneurship among women, and the value of promoting female role models in the space to inspire others to join in, whether they learn to code or work in other roles within a startup or the wider tech landscape, from VC to marketing.

“Women need to be encouraged to participate in the broad spectrum of STEM, not just the technical side,” Kappadath said.

Minister for Women Fiona Richardson said, “Science, engineering, technology and innovation will be the foundation of many of our future careers, yet women are frequently excluded from them. We want to find out why, and how they can better reflect the community they serve.

“Small businesses employ more people than any other part of the economy. It’s also where much of our innovation is coming from – we want all Victorians to benefit, regardless of their gender.”

Minister for Small Business, Innovation and Trade Philip Dalidakis added, “Our future economy will be based on ideas, and there is no better business plan than allowing every Victorian to reach their potential. It’s good for them, and it’s good for the rest of the state.”

Dalidakis has been fairly outspoken about the poor statistics on women in tech and been vocal in his support for initiatives that are looking to change the game, taking his two daughters to the recent Girl Geek Academy SheHacks event to help expose them to role models in tech.

He also earlier this month presented the first Victorian Innovation Minister’s Award to Code Like A Girl as part of the second annual #TechDiversity awards and recognition program.

As well as looking at women in STEM and the participation of women in the wider workforce, the government’s consultations will also look at the economic security of women, their health and wellbeing, and violence against women and girls.