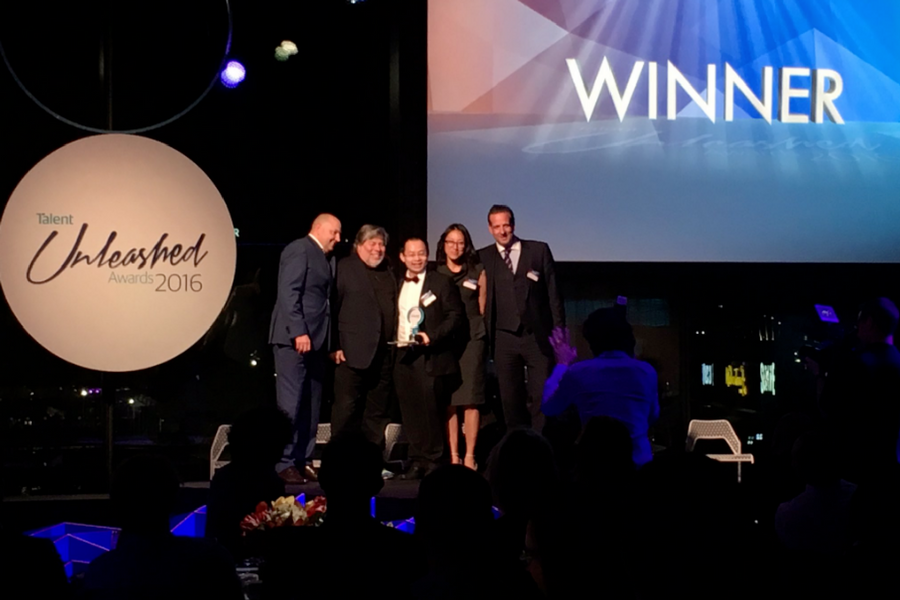 The five global grand final winners of this year’s Talent Unleashed Awards were announced in Sydney last night, with their prizes a bespoke trip to Silicon Valley and one-on-one time with Steve Wozniak. The finalists showcased some of the most innovative technological innovation from Australia, New Zealand, Singapore and the UK.

“The quality of entries seems to get stronger each year. At times it was quite moving to see what some of you [startup finalists] have been working on,” said Apple cofounder, global judge, and panelist of Talent Unleashed Awards, Steve Wozniak.

This year Australia showcased a high level of technology innovation with a strong focus on healthtech and products aiming to disrupt traditional ways of preventing and caring for diseases and chronic conditions.

Arguably one of the most innovative and potentially disruptive companies on the night was the Perth-based ResApp. The digital health company is developing smartphone applications that have the potential to replace the age old stethoscope. By simply coughing into the app, ResApp aims to successfully diagnose respiratory diseases. With a market cap of $250 million, ResApp is already on the way to obtaining FDA approval in the US early 2017.

Another Australian-founded startup, Clevetar is also presenting a high level of technological capabilities through the use of artificial intelligence. Clevetar is a healthtech startup that introduces relational agents – ‘clever avatars’ – to care environments and supporting patients with chronic conditions.

Presenting on the night was founder of Talent International Group,Richard Earl who said the creation of Talent Unleashed Awards sprung from his passion for the technology sector and the inventive people and organisations who work in it.

Earl also commented on the wider Australian startup scene, saying there needs to be more encouragement for technological innovation, which is where Unleashed comes in.

“When you get a concentration of smart people, great things happen, and we need to see more of that in Australia,’ said Earl.

The Award winners had a month to prepare for the grand final event held in Sydney, where they competed against the UK and European regional winners. The event is the largest startup awards competition in Australia for recognising exceptional people and organisations who are “unleashing technology” in the workplace and in local communities.

The five winners of Talent Unleashed 2016 will be attending a tech conference and bespoke tour of Silicon Valley’s leading tech companies. A one-on-one conversation with Wozniak will also give the startups an opportunity to gain insights from one of the world’s most renowned technological minds.