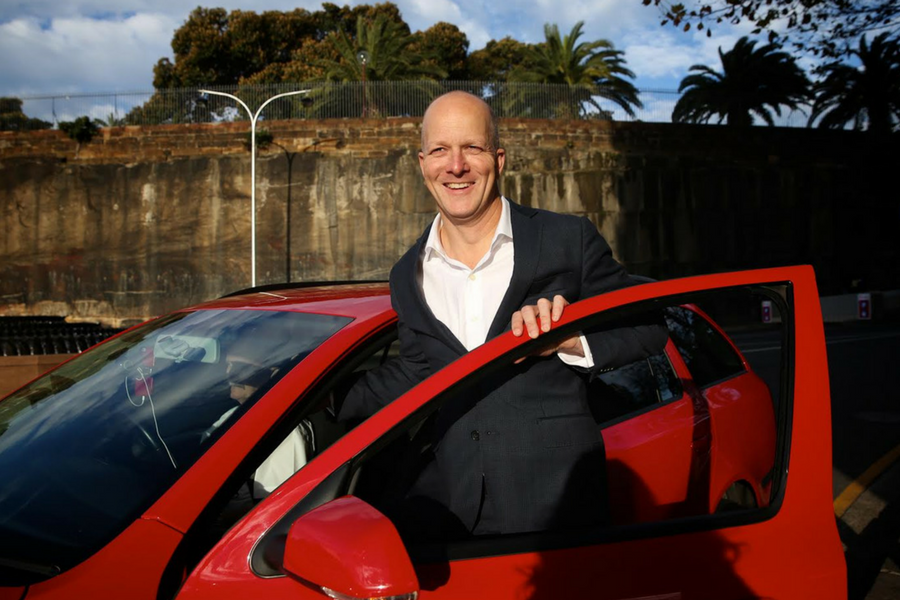 CEO of Qantas Loyalty Lesley Grant said that given the growing trend for ridesharing services, this is another way for Qantas Frequent Flyers travelling in Sydney to be rewarded on their everyday spend.

“Ridesharing is becoming increasingly popular in Australia and with over 11 million members, Qantas Frequent Flyers are no doubt contributing to the growth of this industry,” she said.

“It’s important for us to respond to this trend and use it as an opportunity to offer our members another way to earn Qantas Points.”

Passengers earn one Qantas point for each dollar they spend when they book and pay for eligible taxi and rideshare travel using the GoCatch app. There is no minimum spend.

The news comes as GoCatch experiences some growing pains. The business replaced CEO Ned Moorfield with David Holmes in June, who told Startup Daily upon his appointment that GoCatch had not been as successful at commercialising as it could have been.

“[Moorfield leaving] probably should have happened earlier in the year, or earlier in the business’s life form. I’m not a startup kind of guy, I’m a commercialisation guy, and they are two very different talents. Very rarely will you find a founder who understands how to really commercialise a business and give it 10x growth,” Holmes told Startup Daily.

The appointment of Holmes came as a shock to investors and meant that since launch five years ago GoCatch had lost both of its cofounders and one-time co-CEOs.

A month later in July, the AFR reported that shareholders were told that GoCatch needed to raise capital or face collapse. The company revealed its intention to raise $3 million through the issue of 6.7 million shares at a pre-money valuation of $1 million. The AFR recognised that this was a major devaluation from its last capital raising in 2014, when GoCatch’s post-money valuation sat at $19.7 million.

Here, GoCatch revealed that is was facing significant challenges and needed to refocus its energies on the rideshare market.

In an effort to shift the focus back to its ridesharing community, GoCatch has opened its premium Qantas Frequent Flyer points to all passengers.

“We are focused on providing a better transport experience and Qantas is the perfect example of our commitment to Australian quality and service. We are proud to partner with leading local brands to bring new value and services to our customers,” said Holmes.

Since launch in 2011, GoCatch has radically changed its business model from focusing on disrupting Cabcharge to edging out another competitor in the taxi booking space ingogo and now contending with the largest player in the field, Uber.

GoCatch has also made a point of not offering its rideshare service to states where ridesharing is not yet legalised. As state governments around Australia have slowly moved to accepting ridesharing, GoCatch launched goCar in Sydney to tempt both drivers and passengers to sway from Uber.

In February this year Moorefield said he was confident that goCar would disrupt Uber’s service. With GoCatch processing 100,000 taxi bookings a month and the integration of rideshare offering into the same app, Moorefield was aiming to continue its presence and popularity among the rideshare and taxi booking community.

However, speaking to Startup Daily in June, Holmes admitted that the growth of GoCatch was hard to quanity. He said that while the startup could quote growth rates of 300-400 percent month on month for its ridesharing service, “it’s from such a low base” that “it’s a fictitious number, really.”

It will be interesting to see how much momentum the startup can pick up from here, with the extension of its Qantas partnership likely to be the first in a line of initiatives aimed at pulling customers on board.