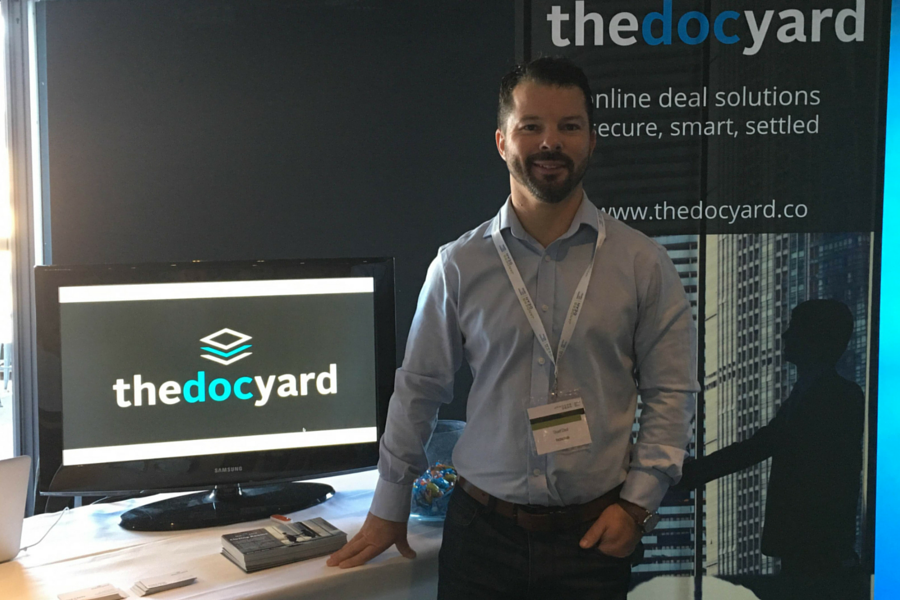 There’s a certain element of glamour attached to working at a law firm, probably the result of endless television shows dedicated to the cause. But those in the industry will know that law firms are in fact high-stress environments. Strict deadlines coupled with customer service responsibilities make being a lawyer Australia’s third most stressful profession, according to a 2014 Roy Morgan report.

The paperwork is also endless – Thomson Reuters says that law firms can waste hundreds of billable hours, or $2760 a month because tasks like document production, putting together client cost-ledgers, tracking billable time and managing work flow still rely largely on manual processes. It is this inefficiency that Stuart Clout, founder and CEO of thedocyard, hopes to address.

The entrepreneur comes from a law background and practised as a transactional lawyer for over 10 years before developing his product, Closing Rooms.

It’s a cloud-based service that streamlines all the processes necessary to manage deals, and Clout is hoping that it will make manual and often pyloned tools like spreadsheets, sticky notes and multiple emails a thing of the past for the legal industry.

Clout said that law has been one of the industries that has put up the most resistance to disruption in the last decade.

“No one had developed anything suitable yet,” the CEO explained, which is why he decided to quit the partnership of the large law firm he was with and work on a tool for lawyers to better manage their complex multi-million dollar deals.

Being smart with technology is something that’s increasingly relevant for law firms. The award-winning Australian best practice law firm Coleman Greig states, “technology provides opportunities for consistent and quick turnaround, which is what clients expect.”

So thedocyard set out to develop technology to help improve margins, reduce stress and boost the relationships between lawyers and their clients. The end product is Closing Rooms, a cloud-based collaborative deal closing platform where participants work together to bring a deal to a close. It cuts out a lot of unnecessary to and fro and makes the process smoother, easier to track and helps save time and money for businesses and clients alike.

“We are moving lawyers and bankers from running deals with 1980s technology into cloud leveraged tools,” Clout said.

The CEO believes there aren’t any direct competitors in the market yet, although the law tech space is beginning pick up and there are more and more entrants into the market.

His Chief Sales Officer Greg O’Reilly said they’re fortunate to have a highly experienced team at thedocyard, which includes the former head of world premier law firm Clifford Chance. O’Reilly himself has achieved a lot of success in the sector as the co-founder and former CEO of law tech company LDM Global.

Closing Rooms is now being used in over 60 law firms across five countries and has even seen interest from operations directors in Fortune 500 companies.

“Law tech is fast moving and still finding its feet,” the CEO said. “Firms know they need to adopt tech to continue to be competitive, so there’s excitement and significant movement in the space as firms look to establish and execute their tech strategies.”

The thedocyard team is currently based in Sydney, London and Brisbane and Clout said they’re looking to tap into the European and US markets in order to improve revenue and expand global market reach.

The startup has received initial funds from seed and institutional investors. It is also currently engaged in a “smart money” round where it’s finalising further investment.

Previous article I get the advantages behind the Scaleup Mediafund, I just think it’s a selfish way to support the startup ecosystem
Next article Sydney startup Snappr connects professional photographers to consumers on-demand
Via Profiles
Tags closing roomslawlawtechlegalstartupsStuart CloutSydneytechnologythedocyard