Aussie.EU bringing together ‘Aussie mafia’ of entrepreneurs in Europe to make it easier for others coming over 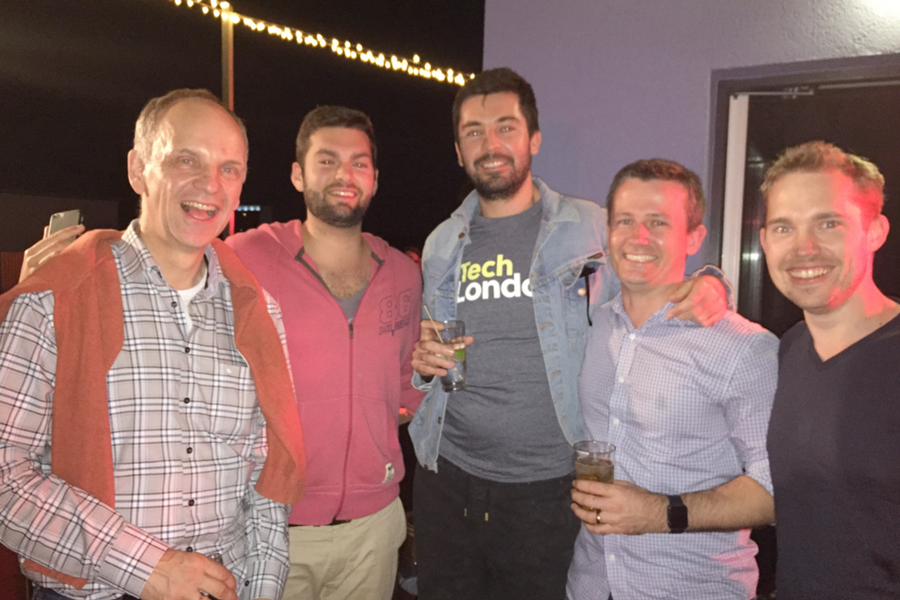 Moving to Silicon Valley may be the ultimate goal for many Australian startups, but for others the history, culture, and growing startup communities of Europe are beckoning.

While the cost of living is largely far cheaper than that of Silicon Valley – and a number of Australian cities – a major problem facing startups heading over is that they are, for the most part, the ones breaking new ground; there is no established ‘Aussie mafia’ there to greet them and help them out with finding a place to stay, coworking spaces to set up in, getting through paperwork, and pointing out the best spots for coffee like there is in San Francisco.

Looking to bring the growing number of Australians in Europe together and make it easier for the next ones coming over is entrepreneur Jock Gordon, who is setting up an Aussie mafia of sorts called Aussie.EU from his base in Berlin. By bringing the community together and facilitating collaboration, Gordon’s vision is to help spur the creation of new ventures and success stories.

Gordon ended up in Berlin after selling his startup MenuPad, an iPad-based menu system for restaurants, to its US distribution partners three years ago. He sold up, went on a holiday, and landed in Berlin during the first week of summer.

“Everyone was so happy, then in winter I realised why. I saw Berlin is a great city, there’s a lot of brainpower here, there’s a real mix of expats from all around the world, you can get away with just speaking English, and the city’s got so much buzz to it, so I thought that it was the perfect place to start my next startup,” he said.

“I noticed that there were Aussies all around the place and some of them were very successful but they weren’t brought together in one place, so the idea for Aussie.EU came along as a place Aussies across Europe can come together, and Australian entrepreneurs, employees, and service providers can come together, to make it easy for people moving to different parts of Europe can have everything ready to go in one place.”

Officially launched in June, Gordon said he is currently looking to build up the Aussie.EU community in order to see what it is people want and need.

“Our strategy will start to evolve once we start to see who joins. We’ve had everything from CEOs of large listed companies to new startups that want help entering the European market,” he said.

As well as bringing Australians in Europe together, through Aussie.EU Gordon wants to connect these members to local experts who can help them out. He is working to partner with tax lawyers specialising in both German and Australian laws, for example, to make it easier for Australians to set up overseas.

“If you remove all the obstacles to make it really easy for them to make the jump overseas then there’s no excuses. If you have all the right lawyers in place, all the right accountants, and you’ve got that camaraderie there, it’s very easy to just say, okay, I’ll make the move. It put something that would be out of your comfort zone into your comfort zone,” Gordon said.

The number of Australian startups in Europe is sure to grow over the coming months and years with the launch of the Australian Government’s Berlin landing pad; the potential of the city was then immediately recognised by Startup Catalyst, which in June took a group of Australian entrepreneurs to London and Berlin to explore the opportunities for startups in both cities.

Home to European behemoth Rocket Internet and an estimated 3,000 active tech startups, Berlin was last year ranked ninth in the Global Startup Ecosystem Ranking released by Compass, jumping up from 15th place. The report also found Berlin is the fastest-growing ecosystem in Europe, growing quicker than London and Tel Aviv.

Valued between US$24.7-$30.2 billion, the Compass report also found that Berlin is the most gender equal and second most diverse ecosystem in Europe, with 49 percent of employees foreign and 27 percent women.

Like Gordon, Mon Wulff, CEO of Startup Muster, also has a particularly solid understanding of what makes Berlin tick. Having studied at the German International School in Sydney and then at university in Germany, Wulff said Berlin is “one of the most welcoming places you will ever go.”

“It’s more about community than it is about consumerism, and people accept you for who you are and who you want to be. We talk about the things you need to make a proper ecosystem, and the openness of Berliners and their willingness to accept anyone and everyone for exactly who they are allows for a serendipitous connections,” she said.

“It’s also a massive migration hub, so you’ve got people that are transiting from all around Europe, as well as from Australia, so it’s this melting pot of cultures and there is a necessity there as well to be innovative. They’re in the middle of what’s going on in Europe at the moment and Berlin realises they have to be Berliners about it and get shit done and make it work.”

Other countries around Europe are also opening their borders to foreign entrepreneurs. France, for example, launched the French Ticket program on which Advance Queensland’s HotDesQ initiative is based.

Queensland-founded startup Corilla experienced life as a startup in France while taking part in the NUMA Sprint accelerator program in Paris, the first international startup to take part in the program.

Cofounder David Ryan told Startup Daily earlier this year the team was “blown away” by France and the opportunities there, while also highlighting the fact that being based in Europe for a few months helped Corilla understand a significant portion of its users that it may not have gotten to know as well if it had stayed in Australia and kept its focus on the US market.

“I think you’re ignoring a massive part of the market if you’re not thinking of places of Europe and asking, what are the cultural differences here? Even little things, like how do we do our accounting here, how do we interface with the customers, what are their needs that differ from the American market?” Ryan said.

Aussie.EU is currently looking for strategic partners to help build up its range of services for the community.