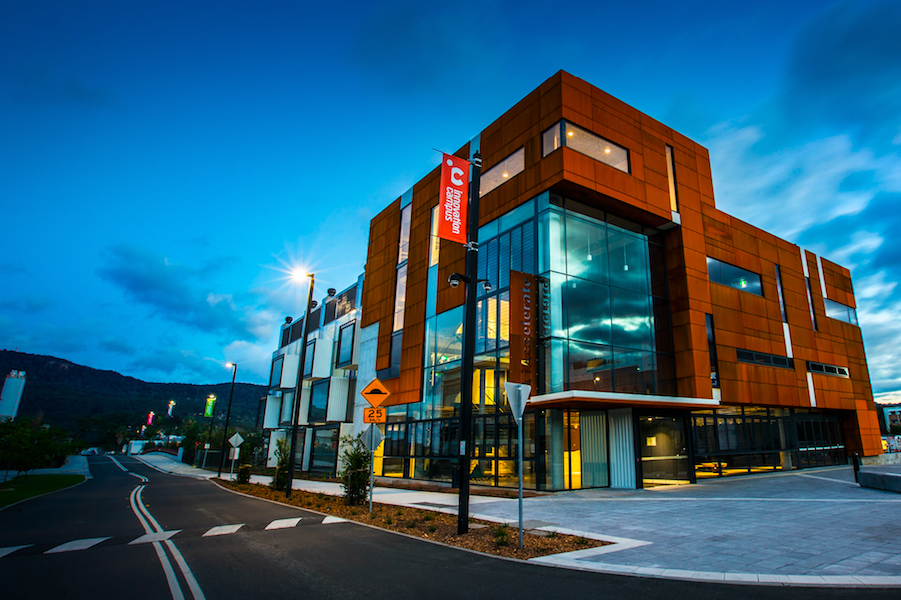 The University of Wollongong has officially opened the iAccelerate Centre, a new three storey building that will be home to the iAccelerate program, which has helped 65 companies since its launch in 2012.

Professor Paul Wellings, vice chancellor of the University of Wollongong, said the Centre will capture the intellectual capital of the region by both retaining the University’s graduates and making the Illawarra a destination for entrepreneurs and investors.

“The Illawarra has the potential to be transformed from a manufacturing-based region to an international innovation hub with new industries,” he said.

“The iAccelerate Centre will bring new investments into the region, create diverse and sustainable employment opportunities and attract new resources to the Illawarra. Young businesses are given the leading edge to succeed at iAccelerate and they can gain global success from right here in Wollongong.”

The transition of its economy from a reliance on manufacturing – still one of the biggest employers in the region – to technology is something that Wollongong has been thinking about for a while now: the Wollongong City Council’s Economic Development Strategy, released in 2013 and looking ahead to 2023, identified the need for the city to broaden its economic base to create “more of the jobs required in the 21st century”.

Key aspects of the strategy look to address three main challenges: bringing unemployment in line with the national average, including the city’s higher rate of youth unemployment, reducing the number of people forced to commute each day, and reducing the ‘brain drain’ from the region by creating new career opportunities.

“Wollongong’s proximity to Sydney, its world-class university, enviable coastal lifestyle and skilled workforce mean we are better placed than many other regions to meet these challenges,” the Council stated.

Opening the building at a ceremony yesterday, NSW Minister for Industry, Resources and Energy, Anthony Roberts said that iAccelerate shows the University is making a significant investment in further developing the innovation ecosystem in the Illawarra.

“NSW is already home to just under 50 per cent of the nation’s startups, which is more than any other state in Australia. We want to see that grow and, with iAccelerate now up and running, we expect that the Illawarra will be a significant contributor,” Roberts said.

Built with the help of a $16.5 million grant from the NSW Government’s Restart NSW Illawarra Infrastructure Fund, the iAccelerate Centre is located on the University’s Innovation Campus. The Innovation Campus is a 33 hectare beachside site providing dedicated space for the University’s research institutes and commercial office space for industry, aiming to encourage collaboration and the creation of networks.

The opening of the iAccelerate Centre comes a few weeks after the appointment of Omar Khalifa as CEO of iAccelerate. Formerly entrepreneur in residence at the incubator, Khalifa studied at Duke University, Stanford and MIT.

Raper said, “We anticipate that Mr Khalifa’s passion and experience in innovation, combined with UOW’s strengths in teaching and research, will further embed the Innovation Campus as a nucleus of a significant regional development opportunity.”