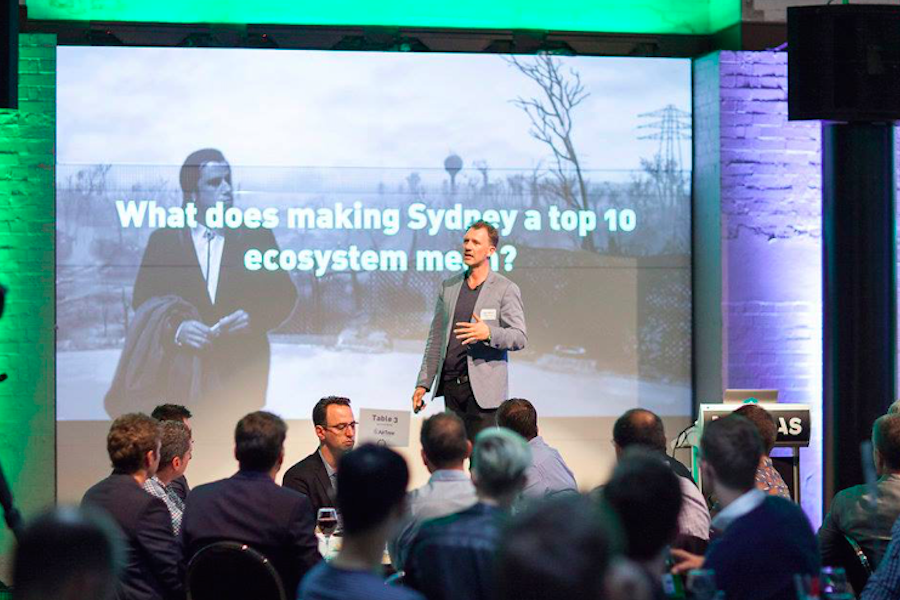 TechSydney, the not-for-profit organisation launched by the who’s who of Sydney’s startup scene in May, has launched a crowdfunding campaign as it looks to help “put the brakes” on Sydney’s slide down the global startup ecosystem rankings and “create enough momentum the other way to accelerate past other cities”.

Having already raised over $70,000 of its $500,000 goal, the Pozible campaign will help set up the organisation, which had announced earlier this year that it would be seeking $2 million from members. These initial funds will go towards hiring a team to help execute on TechSydney’s plans, with the organisation looking to set up a number of initiatives over the next three months.

At the heart of the planned initiatives is facilitating collaboration, a problem which has long plagued the city’s startup landscape and inhibited its growth (and something TechSydney itself was criticised for when it launched with an exclusive invitation-only dinner).

To tackle the problem, TechSydney is planning the development of an online talent community where both local and international talent can express interest in working for a TechSydney member company, which can then hire people for free.

The organisation is also looking to set up founder forums, confidential monthly get togethers with groups of entrepreneurs who are at similar stages, allowing them to both share wins and workshop issues and have TechSydney made aware of problems within the ecosystem.

TechSydney also wants to implement ‘up/down mentoring’, having companies mentor a group below them in return for being mentored by a group above them in the spirit of paying it forward, and a tenant broker service to help companies find great office space.

Its long term plans include boosting the gender and cultural diversity of the startup landscape (a lack of which the organisation itself was again criticised for upon launch), working with universities to get more students interested in tech, build a members lounge or ‘epicentre’ for the ecosystem, collect data on the progress and growth of the industry and, perhaps most importantly, be a single voice for the community.

Contributions to the Pozible campaign can be made according to the organisation’s membership pricing structure, with fees for companies starting from $500 for an early stage startup through to $10,000 for a ‘unicorn’ or ‘centurion’ with either $8 million in monthly recurring revenue or $20 million raised within the last two years, or over 500 employees.

Fees for supporters start at $100 for individuals through to $25,000 for corporate sponsorships.

Each membership tier will elect a board member to represent them, with CEO Dean McEvoy to be managing director and an independent chairperson to come on board.

The launch of the crowdfunding campaign comes just after the City of Sydney released its 10 year Tech Startup Action Plan. The five areas of focus include building a strong entrepreneurial culture and community, creating skilled and connected entrepreneurs, increasing the startup ecosystem density, supporting the access entrepreneurs have to funding, and developing entrepreneurs’ access to market.

Just as TechSydney has identified the need for a central meeting place for the city’s startup community, the Council’s proposed projects include investigating the need for an entrepreneurship centre, which will provide a critical mass of office and event space for tech startups.

This kind of government support is crucial, although as McEvoy told Startup Daily earlier this year, “there are lots of things that need to be driven by entrepreneurs, for entrepreneurs”.

“Us, as entrepreneurs who have done it already, are the ones who know what it takes to grow a company, we know the problems that need to be fixed, and some of those problems are not necessarily fixed by government or policy, some of them are fixed by better communication about what it’s like to work in a startup to get more people in, for example,” he said.

Looking ahead it will be interesting to see how TechSydney works with not only the Council and other government bodies and, in the spirit of collaboration, other state and national startup organisations too.

The Pozible campaign is scheduled to finish up in early August.