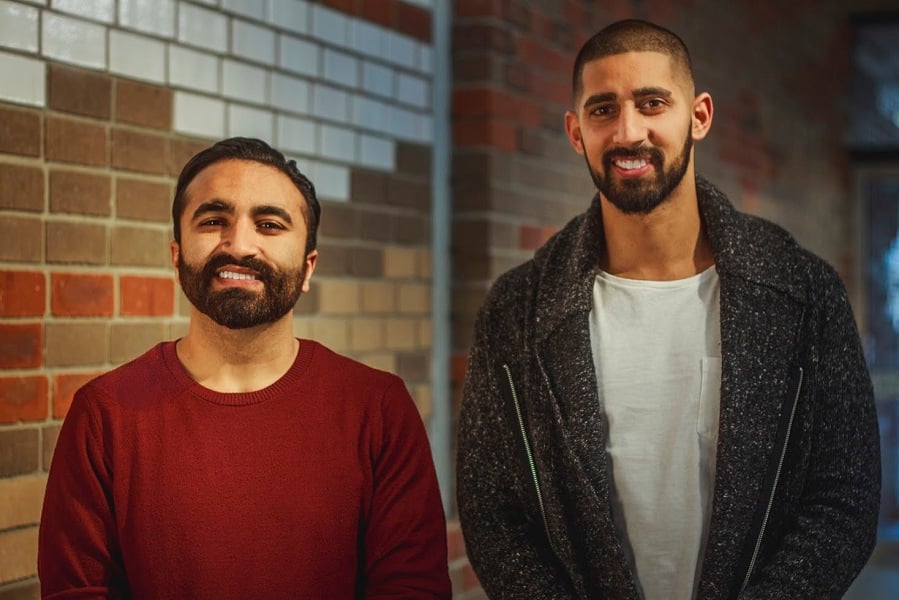 Influencer marketing is an readily accepted, and steadily growing, segment of the advertising landscape today, with brands prepared to pay up to secure a post on a celebrity’s Instagram. Spanish sports newspaper AS, for example, reported that Real Madrid star Cristiano Ronaldo is paid up to US$250,000 per sponsored tweet, while a post from Scott Disick of Keeping up with the Kardashians fame can set brands back around $20,000 – whether or not he remembers to take out the posting instructions from his publicist on the post itself is another question.

Despite the pitfalls, brands and in turn startups are flocking to influencer marketing, helping to connect brands with influencers. The Australian market alone is home to half a dozen players, from the sports-focused FanFuel to Jules Lund’s TRIBE and the Todd Sampson-backed VAMP, Lote Tuqiri’s HooZu, and Scrunch. The majority of these are relatively new names on the block, having launched over the last 12 months or so.

Meanwhile, at almost two and a half years old, Melbourne Accelerator Program graduate Hypetap is one of the oldest players in the market. The idea for the platform came to cofounders Detch Singh and Nikhil Madhok in late 2013, when they worked on a consumer electronics business.

Singh explained that they experiences so many difficulties when trying to use Instagram influencers to promote the product that they decided to build a platform to fix it.

“We were using excel spreadsheets, we were checking social media every day to see what the results were like, we had multiple email threads going, and even with our corporate backgrounds on Excel, being really comfortable on things like that, it was still a massive nightmare to run that campaign,” Singh explained.

“We did see a lot of success, but we also saw all the pain points in actually running that campaign, so we thought there actually needs to be software to connect brands with the right influencers and also help them manage that whole process.”

Launched in early 2014, its core offering allows brands to get on the platform and create briefs from which influencers will be able to work from to create content. They can then search for influencers, negotiate rates and rights over content, manage payments, and view analytics on campaigns. It is free for brands or agencies to set up campaigns on the platform, with Hypetap then taking a 10 percent fee on paid campaigns from the client and another transaction fee on the influencer side.

From the beginning, the startup has focused on going beyond just the numbers, with its influencer base invitation-only. Singh said Hypetap was seeking out and bringing on around 25 influencers a week towards the end of last year, with this now slowing down to around 10-15 a week and a switch towards influencers applying to join the platform and Hypetap vetting them.

“We think there’s a lot more to being influential on social media than the number of followers that you have. We think it’s about following and relative engagement to that following, so likes, comments, and sentiment. It’s also around the quality of content that you create, so it’s not as simple as just regramming a bunch of other accounts; if that’s all you’re doing then how are you going to work with brands on clever content?” Singh said.

There are now almost 1,400 influencers with a combined 155 million followers on the Hypetap platform, covering Instagram, YouTube, Pinterest, Facebook, Twitter, Snapchat, and blogs. Since launch over 220 campaigns have been run through the platform for companies such as Yelp, Uber, Hilton Hotels, Nespresso, Nestle, Medibank, and LG, reaching a combined 60 million followers.

As the market has evolved, Hypetap too has had to keep innovating to keep up with client demands and competitors. The startup last month launched a new creative agency service that will give clients end-to-end support throughout the process.

Having been trialled over the last six months, the service has clients simply interact with a dedicated account manager, their single point of contact for their campaign, who helps negotiate, create briefs that will ‘inspire’ their hand-picked influencers, or ‘content creators’, as Hypetap calls them, plan scheduling, and deliver reports.

Whether it’s the brand or agency themselves finding the influencer or the account manager doing it on their behalf, Singh said Hypetap is built around relationships and interaction and the idea of creative content together – avoiding the Scott Disick-type copy and paste issues that audiences see straight through.

This focus reflects a change in sentiment from brands around what they want from influencer marketing, too. While Hypetap’s analytics tools are able to measure conversions, Singh said over the last few years client objectives have changed from a campaign delivering site hits, sales, or competition entries and the like to increasing brand awareness.

“It’s gone beyond eyeballs and it’s now about how many people can be reached, how much can we engage them, and how much cut through is that content really getting? It’s not as simple as just product placement now, it’s become more about advocacy and getting influencers to actually believe in what they’re saying and advocate for a brand truthfully,” Singh said.

With authentic advocacy key, Singh said Hypetap has seen brands put programs in place to work with the same influencers across multiple campaigns.

As the industry continues to grow and more players emerge, Singh said the startup is focusing on its own work, confident that while they are all vying for the same marketing budgets, Hypetap does things differently enough to stand apart.

“As the tide rises, all the boats rise with it and I think they’re both great businesses in their own right, but I think we all do things a little bit differently and we’ve got our own views on how it runs and how it should run. Still, I think having more voices advocating for influencer marketing has been a great thing for the industry and it’s really brought it into the light, which we’re really happy about,” he said.

The majority of Hypetap’s business comes from Australia, with a growing number of clients in Indonesia and Singapore that is pushing the startup to look to further growth in Asia over the next 12 months.