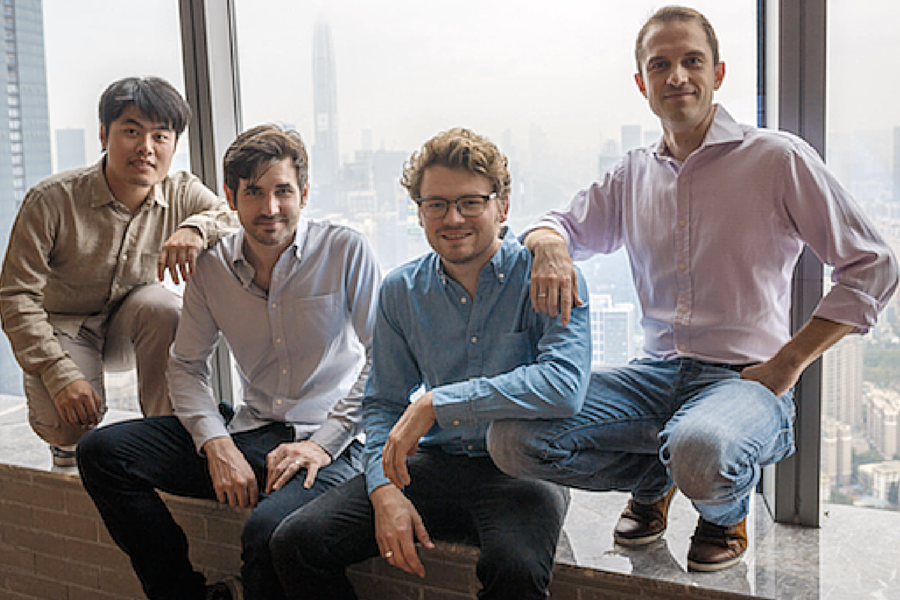 Melbourne startup nura has officially broken a record, becoming the most funded Australian Kickstarter campaign ever. The campaign has reached more than AU$1.2 million in pledges with a total of 4,000 backers, with 12 days still left to go.

nura has created headphones that uniquely adapt to the user’s hearing by integrating unique soundwave technology to automatically measure hearing from the outer ear to the brain. The headphones allow music to be perfectly adapted based on each user’s hearing.

“We’re living in a golden age where masterfully crafted, recorded and engineered music is at our fingertips. But the journey of music doesn’t end at the smartphone,” nura stated.

“Your hearing is as unique as your fingerprint, your face and your voice. Each of us has different sensitivities to different frequencies of sound. This means the same pair of headphones sound different for each person. And the difference is significant.”

nura headphones work by connecting to the lightning/usb port of a smartphone. On pressing ‘go’ the headphones sweep through sounds for 30 seconds and at the same time listen to the sounds the human ear is making. By processing these signals, nura can examine how specific frequencies of sound gets through to the user’s brain. Once the initial assessment is complete the headphones sonically mould to match the user’s ears, and provide a rich balanced sound.

nura launched on Kickstarter to pre-sell its product and to also raise enough funds to enable mass production. Through creating brand awareness, nura hope to be able to form strategic relationships from innovative and visionary backers.

“We launched nura on Kickstarter because we wanted to share our passion with the community and also allow them to share their vision with us,” said cofounder of nura, Kyle Slater.

“We have been blown away by the incredible support and feedback from the pioneering backers of nura, who have already had enormous influence on the final product.”

Slater said the Kickstarter funds will go towards tooling for mass production, regulatory certifications, sourcing of materials, and distribution. The current funds received are an indication that there is a strong demand in the market for rich, quality experiences in music.

The startup Made up of a team of experts in engineering, acoustics, biology, hearing science and product delivery, nura has graduated from both the Melbourne Acclerator Program and HAX Accelerator.

Currently there are more than 5,500 Australian projects on Kickstarter trying to tap into a range of creative markets. On average Kickstarter attracts three percent of backers from Australia, but almost 20 percent of nura’s backers are Australian.

Globally less than one percent of Kickstarter projects reach funding of more than US$1 million, and nura is well on track to reach this group. Within two days of nura’s campaign going live, the startup received more than US$270,000 in pledges. By the first of July, the startup became the most funded Kickstarter campaign in Australia and is still climbing.

nura is not the only Australian headphone startup, either. Earlier this year Perth startup Nuheara raised over $500,000 on Indiegogo with its augmented ‘Hearables’ (ear buds) that allow people to control their hearing experience with the help of a smartphone app. The startup also became the first wearables company to list on the ASX in March, raising $3.5 million in a public offering that was oversubscribed and closed early.

Nuheara has created intelligent earbuds called IQbuds that aim to improve hearing for the hearing impaired in both the digital and physical world.

IQbuds give users the power to control what they hear through wireless earbuds. For example, in a loud social environment a user can control what they hear based on their preference and location. Intelligent hearing also enables users to connect to their digital devices through bluetooth connectivity so they can listen to music on their stereo, engage with SIRI and other voice command apps and make hands-free phone calls.

“IQbuds will be the first true hearable that will change the way millions of people listen, communicate and connect to their world,” said cofounder of Nuheara David Cannington.

Both nura and Nuheara are finding that the market is highly receptive to new and innovative hearing products. What’s more, while both products do not fit into the hearing aids category, they do however have the potential to impact the hearing aid industry through affordable technology and scientific development.