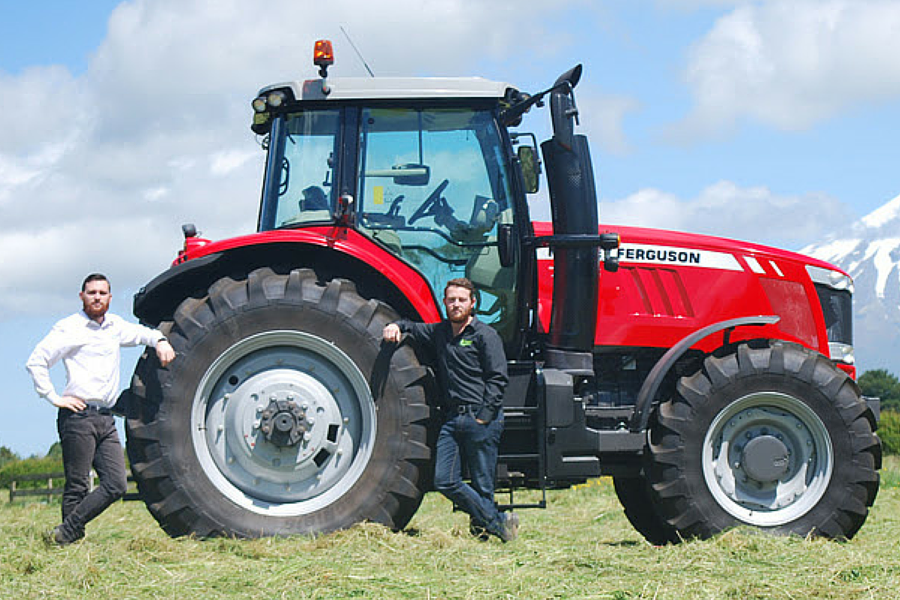 Taranaki startup Agtract, which has created job management software for rural contractors and farmers, has raised around NZ$500,000 in seed funding from Punakaiki Fund to help facilitate its launch around New Zealand.

Founded two years ago, the idea for the startup came to cofounder Chris West during his time doing admin work for a contractor.

“I had to fill in job sheet after job sheet. So much of what I did was repetitive, and even more of what the contractor did could’ve been automated,” West said.

Agtract looks to automate the job management process, which is at the moment largely spreadsheet and paper-based. It is replacing these processes with a web portal allowing contractors to allocate tasks to employees in different locations, who are then able to easily look at information about their jobs and track their progress to send back to the office, while integration with Xero helps contractors create payslips based on hours worked and invoice clients. It is also working on a platform to assist farmers.

West worked on the idea himself for a while, with his brother James, a developer, “putting in his two cents every so often”. When the prototype was built and trials began last October, James decided to come on board full time as cofounder and CTO.

“He thought it was a decent idea at that point, and that I’d actually pushed it to the point where he could safely say it was worth putting some time into,” West explained.

The startup then took part in New Zealand agritech accelerator Sprout, receiving $20,000 in funding. Its trial has seen around 50 people using the product, allowing West to see how the experiences of other contractor employees differed from his own and how that translated into their use of the product, with the major difference being a shift from tablet use to smartphone use.

“I’d only worked for a handful of companies so it was about learning what these other guys were doing differently and being able to implement all the changes to make sure it worked properly for everyone, not just the guys I’ve worked for,” West explained.

The investment from Punakaiki Fund, meanwhile, has come after a few months of chatting with the firm.

“Punakaiki Fund’s investment is an incredible show of faith. The fund is one of New Zealand’s highest performing so to have its weight behind us is worth far more than just the money,” West said.
The firm launched in 2014, making over 20 investments into companies that, as of the end of the March quarter, have aggregate annualised revenue of over $50 million and are showing year on year revenue growth of over 60 percent.

Among its portfolio are local startups Linewize, which helps schools manage the internet usage of their students, retail management and point-of-sale software for small and medium businesses, and recruitment startup Weirdly.

The firm’s Chris Humphreys, who has previously worked for a contractor, will be joining Agtract’s board of directors.

The funding will go towards helping the startup launch its platform across New Zealand in September. West said Agtract will be focusing on gaining traction in the local market, then pushing it out to Australia and further afield soon after that.