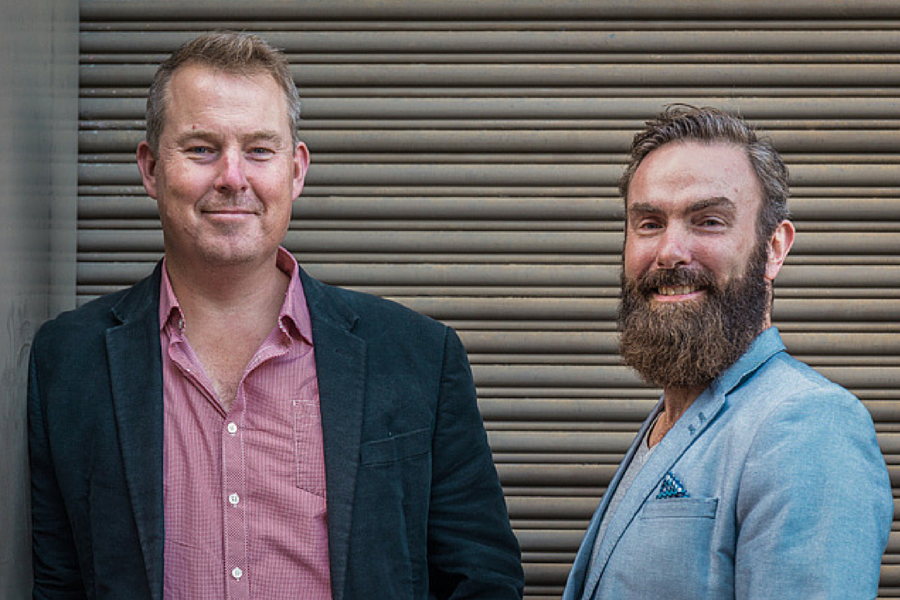 The wine industry is one that people largely enter for the passion, not money. The historically high Australian dollar combined with a competitive international market makes barriers to entry for local wineries almost impossible. Even independent and boutique wineries find it hard to build direct sales and commercialise within Australia.

The wine industry in Australia is worth an estimated $5 billion, however an oversupply of wine grapes has pushed prices down; according to Wine Production Market Research Report 2016, the industry has experienced a vicious oversupply over the past five years. However, falling prices have not been met with a reduction in production, in fact leading to the opposite.

Online retail platforms have created a crucial connection point between buyers and sellers in numerous markets. Before Airbnb people struggled to find affordable yet comfortable accommodation, and now it’s estimated that 60 million people worldwide use Airbnb to find an alternative to hotels. Vinomofo has taken the same connectivity approach, but with wine, doing wonders for small wine sellers. The platform has created a richer experience in buying and selling wine, contributing to a large part of the emerging online wine market.

While Vinomofo continues to dominate the online wine market there is still plenty of room for more players to emerge. It’s early days for this category and there are numerous niche markets to take advantage of.

Cameron Harris and Steve Mobbs have years of experience working with local vineyards. They have seen first hand the commercial problem of building direct sales from vineyard to dinner table. Together Harris and Mobbs launched their own online wine retailer called Winery Lane, looking to bridge the gap between Australia’s best winemakers and the consumer. Taking a collaborative approach, Winery Lane builds the profiles and sales of independent and boutique Australian wineries.

“Our concept is a win-win for the winemaker and the wine lover. We want to make it as easy as possible for wine lovers to discover Australia’s best independent wineries.  There are some fantastic Australian winemakers creating truly interesting wines. But without the time to promote themselves, those wines often remain hidden to so many consumers,” Harris said.

Harris and Mobbs were inspired by websites like Airbnb that have solved commercialisation issues the hospitality industry was experiencing. They believe that the same approach to wine could help local wineries with their direct sales.

It seems rather fitting that both Harris and Mobbs first conceived the idea for Winery Lane at the pub.

“Sharing ideas is always the first step and after the second bottle of red everything sounds like a great idea. You let that idea settle and then a few days later if you still think it’s a great idea you push ahead,” said Harris.

The typical marketplace dilemma with a startup like Winery Lane is going after consumers and at the same time lining up suppliers. Both Harris and Mobbs worked on building a solid structure, platform and relationships with the right kinds of winemakers.

Winery Lane is about trust, and ensuring that the needs of winemakers are met in terms of profitability and outreach. Both cofounders expressed they wanted to avoid going down the path of price-drive retailers. Instead, Harris and Mobbs have worked towards giving a voice to local wineries that have been left out of the wider Australian community.

Winery Lane launched out of Melbourne with a range of Australia’s most prestigious wineries on board. Currently these include Eden Road Wines in Canberra, Warramunda Estate in the Yarra Valley, Woods Crampton in the Barossa Valley, and Eden Valley in Western Australia, among others. Each winery on the site is selected based on what Harris and Mobbs consider as good wines.

“We focus on the ones [wineries] that aren’t necessarily the biggest and best in their region, but the ones we think are making the best wines. They have perhaps have flown under the radar and we can help them build their profile,” said Harris.

From a consumer perspective, Winery Lane is of course similar to other online retail sites, in particular WithWine. The BlueChilli-backed startup wants to both help friends recommend their favourite wines to each other, and help wineries create their own online store through which they can sell direct to consumers.

Harris believes that Winery Lane can compete with its dedication and focus on individual wineries, rather than the traditional retail model of buying a range of different wines and selling them and then moving onto the next. Winery Lane looks to create a close connection and understanding of each winery so consumers know exactly what they’re buying.

“We think that really taps understanding the consumer sentiment around what we’ve seen in dairy farming. The big retailers that dominate the supply chain in Australia don’t create win-win outcomes for the producers, which is something we’re really focused on,” explained Harris.

Winery Lane has struck an agreement with BAM Wine Logistics, a national wine distributor to dispatch orders within 24 hours. A premium wine has to be kept in a temperature controlled environment, and partnering with BAM allows Winery Lane to deliver cases of wine in pristine condition.

Like most online retailers, Winery Lane takes a clip of the ticket. It’s a percentage rate that both founders are tight lipped upon. Harris explained that the retailers ends up with up to 75 percent more revenue in their pocket compared to when selling the same product through a traditional retail channel.

A large fear dominates local winemakers who have seen their premium products overrun by cheaper alternatives. Winery Lane wants to give a voice and platform to high-end wine boutiques and tap into the consumer who appreciates good quality.

Winery Lane is looking to expand the number of wineries on its platform to 15 before Christmas, however they will be taking it slow. Harris said the whole point of the startup is not just to drive supply, but have an invitation-only type of process. Not every winery can join and that’s to ensure quality and brand values speak louder than quantity.