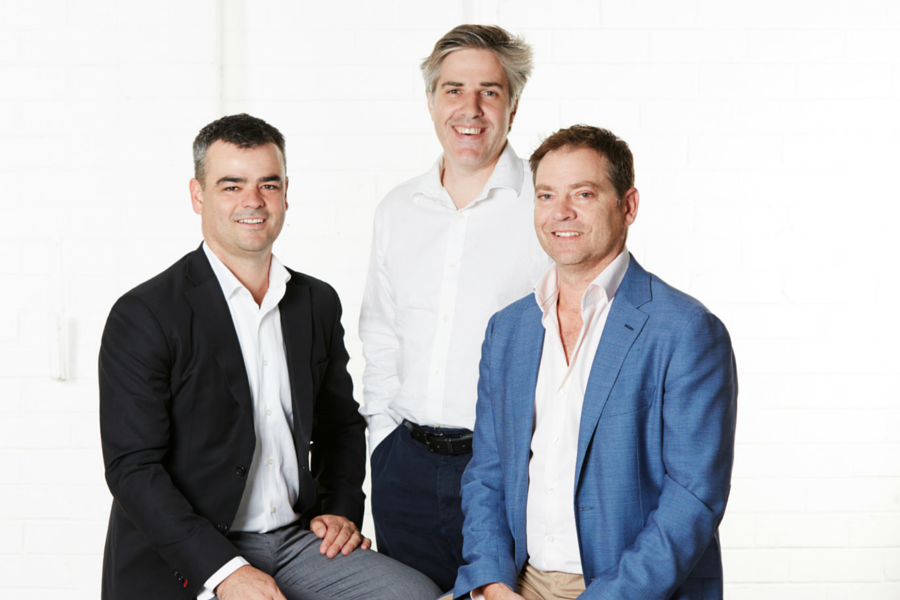 Lung cancer has been identified as the leading cause of cancer death in Australia, and represents the fourth most commonly diagnosed cancer. However, while being the most common form of cancer the chances of survival for patients remains low.

According to the Australian Institute of Health (AIHW) nearly 9,000 people will be diagnosed this year with lung cancer, and out of those only 15 percent are likely to survive. This figure is quite unsettling and therefore makes early detection key to survival.

The main form of technology used for early detection is the CT scanner, a scanning device that was invented back in the 1970s. Today not much has changed and doctors still rely on the CT scanner to deliver life saving treatment and prevention plans. There is a strong need for better technology that is cost efficient, more convenient and safer for patients to use.

A CT scanner costs anywhere between half a million and a million dollars for a sizeable piece of equipment that releases a large amount of radiation. In simple terms, a CT scanner releases 100 times more radiation than an X-ray, because in essence it takes 100 X-rays of the body and pieces them together to recreate a 3D image.

In terms of the lung, a CT scanner is limited as it provides a picture of what the lung looks like, but not how it moves. What doctors really need to know is not only how the lung looks, but how it works. They want to see how the air flows through the lung to access if it’s flowing in the correct way.

Melbourne healthtech startup 4Dx has found a 21st century solution to measuring the function of the lung. 4Dx has created a product called the fluoroscope that takes an X-ray of the lung as the patient is breathing to provide a 4D functional measurement rather than a 3D anatomical measurement.

The fluoroscope is the equivalent of taking three X-rays, emitting far less radiation than a CT scanner. The images taken by the fluoroscope are sent to the cloud for analysis and are reproduced in a 4D video to show doctors the movements of the lungs and the airflow. The images are taken in sequence while a patient is breathing to accurately show how the lungs function under normal circumstances.

Founder of 4Dx Andreas Fouras said through the team’s studies and early stage data, the fluoroscope is proving to be more effective in detecting lung disease. By looking at the shape of how the lung moves and how the air is flowing, the fluoroscope can detect lung disease up to four times earlier than a CT scanner.

4Dx is also focused on cutting the cost of technology and providing a cheaper and more effective product for hospitals and their patients. The fluoroscope is looking to be priced at the $100,000 dollar mark, which would cost a patient $90, rather than the current $550 for a CT scan.

The idea for the fluoroscope was born out of a multidisciplinary approach and the combination of mechanical engineering and healthtech. Fouras worked in wind tunnel imaging and combined his skills with biomedicine to improve the quality and function of current diagnostic tools.

“I could see how I could take some of the basic ideas that I had mastered in wind tunnel imaging and turn them around and put them back together in a different way. In doing so I would have a way of imaging how air moved through the lungs,” he explained.

That multidisciplinary approach is quite new as traditional research has strictly been confined to each industry. People in medicine, computer programming and engineering kept to themselves, leaving free space between each where people didn’t consider to look. Fouras says that space, in particularly the one between wind tunnel imaging and medical diagnostics is where the fun begins, and is where people can start finding innovative solutions to age old problems.

Through clinical trial data 4Dx has gathered in the US, the startup is awaiting approval from the FDA to take its software to market. 4Dx has already received more than $11 million in funding through investors and government grants including the US National Institutes of Health (NIH), American Asthma Foundation, Cystic Fibrosis Foundation and the Australian National Health and Medical Research Council, (NHMRC).

4Dx has already secured partnerships with leading US hospitals including Cedar-Sinai, the Cleveland Clinic and the Children’s Hospital LA. Currently the startup is going through a Series A capital raise of $4 million to fund further clinical trials ahead of the FDA clearance.

Fouras has pinpointed that the US will be 4Dx’s largest market. In the States Fouras has identified the lung health and cancer screening market is worth in excess of $21 billion. Annually more than 72 million scans are conducted in the US for lung health, which means 4Dx has the potential to make a positive impact on hundreds of millions of lives.

While the US is the startup’s target market, Fouras says that the company will remain Australian and will continue to conduct R&D here. 4Dx has estimated that profitability in the US will make up 50 percent of global revenue, while Australia will only make up one percent.

Within the next 12 months 4Dx is looking to take the company public and commence clinical trials for a second product, a tech platform that will support a number of different healthtech products.

For now 4Dx is focused on raising funds, conducting trials and spreading the world that there are cheaper and safer options than what current technology in the medical space offers.

Fouras said, “We’re bringing in a new technology in the medical space, and you should never underestimate the hurdle of something new. We’re talking about a technology which uses lower radiation, lower cost, it’s faster, it gives better results and so really – we feel that we can put it out there and if people hear about it they’ll want to do it.”