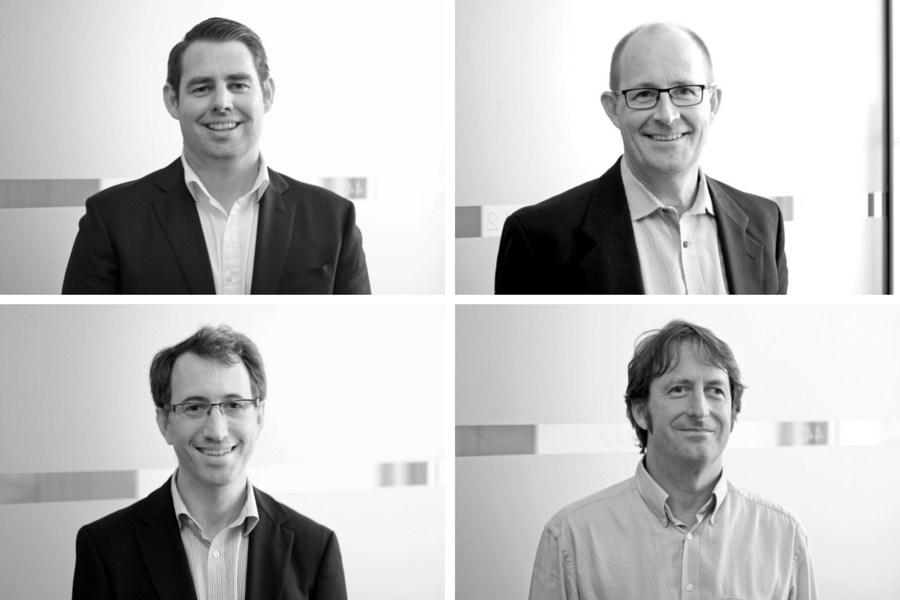 Though the medical field is by necessity one of the most innovative sectors, it can also be gun shy when it comes to the trialling, launching, and prescribing of new drugs. Understandably, safety is a key concern, and new drugs require extensive patient monitoring.

Looking to solve problems in this space is Australian startup Medical Safety Systems. Like countless startups across various industries, it was founded in 2013 to answer the simple question of, how do we do this better?

Cofounder and Associate Professor Sean Riminton said, “With all the systemic problems that exist in healthcare, physicians are often harried. The nature of our healthcare system completely overwhelms doctors with paperwork. At the end of a long day, it’s not surprising many physicians struggle to remember all the little things required to manage each and every patient. Doctors worry about their patients. It’s not just the checks and balances, it’s the fear patients will be left without the support they need because of the limited resources at hand.”

Riminton and Associate Professors Michael Barnett and Stephen Reddel, specialising in either one of, or both, the areas of neurology and immunology, wanted to address concerns around high-risk, high-reward drugs coming into the market to treat multiple sclerosis (MS). They proposed and conducted a pilot clinical study that automatically monitored the patients on a particular therapy, and then launched a full commercial program last year.

The therapy, Lemtrada, is a monoclonal antibody for MS, given two times with a 12 month gap between doses. It has four years of safety monitoring following that second dose, meaning monthly monitoring of blood and urine – a long, time-consuming process that Medical Safety Systems sought to make easier.

The platform they created, now called Bloodwatch, at its core works by having a patient prescribed the product by a specialist physician, who then enters into the program the patient’s details. Once the patient accepts the terms and conditions online, they then start their treatment course, with monitoring to occur each month.

With that trajectory set, the system generates a pre-populated pathology form for the physician, which the patient then takes to their pathology clinic. Their results get sent to their physician as they normally would, with the extra step being that the system also receives a second copy, with its algorithm scanning the result to look for the identified risks that are associated with that drug. From there, the system schedules and generates a series of alerts to be sent to the physician and patient based on that result, with actionable instructions such as to make their way to the emergency room or their doctor.

Patients and physicians are also given a unique code with each alert that they must respond to in order to confirm that they have received the alert, otherwise the alerts escalate to a phone call. Patients can also choose to have a family member or friend copied in on their results and alerts to create a sense of community support, and are also sent reminders to attend their check ups.

David Gahan, the startup’s head of business development and operations, explained, “The efficacy of Lemtrada is second to none; it’s got fantastic results where a lot of patients after five years don’t need another course at all and they’re basically deemed to be MS free, but they do need to have these monitorings for a long time. In the real world patients don’t get it done and physicians don’t get it done; people forget, people go unchecked.”

Over the last 12 months of the platform’s use, Gahan said Medical Safety Systems has tracked 99.4 percent of its more than 600 patients in the program as compliant with their monthly testing, with 99.5 percent done within an acceptable timing window.

The startup has now also released several other platforms all based , including RiskMx, which can be customised for any medicine, and looks to bridge the gap between pharmaceuticals and risk mitigation. Like Bloodwatch, the platform monitors pathology and other patient data using pre-defined algorithms.

“This is a really great opportunity to ensure that it’s easier for physicians, for patients, and for the clinical trial teams who run these programs. Normally they’re quite laborious with paperwork and the number of medical staff that needs to run these programs is quite high, so by creating fully it all online and automated, hopefully the clients can get a higher enrollment for their trials and then get a better outcome for their programs as well,” Gahan explained.

Medical Safety Systems now has contracts with a number of pharmaceutical companies, a couple of them among the top five in the world. These contracts have funded the startup, which aside from some initial funding from Genzyme, the company behind Lemtrada, has taken no outside investment.

With a background in the pharmaceturical industry, as well as the reputations of the three cofounders, Gahan said it has been good to work with Australian companies, though now the US market is a key target.

Looking ahead, Gahan said the key for the startup is to identify new therapies coming through that have a high risk, high reward payoff where it sees a gap to add value to not only the pharmaceutical companies, but the physicians and patients as well.

Getting in at the trial stage, before the therapies launch, is crucial, Gahan said, because the startup is able to tailor programs to go hand in hand with the new drugs and create a routine for physicians to get used to.

“We’re now looking towards new therapies where we really see the added value of our product with their product and hopefully launching with them together.”