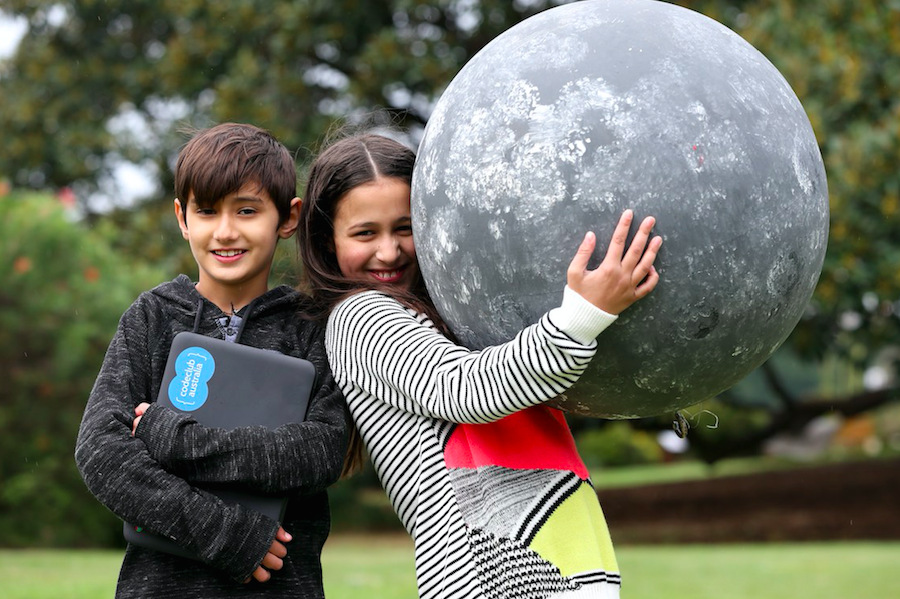 From Interstellar to The Martian, Gravity, and the return of the Star Wars and Star Trek franchises, space is so hot right now with audiences young and old around the world. Looking to tap into this sentiment is Code Club Australia, which has today launched a campaign to set a world record for the biggest number of children coding at once through Moonhack, an event celebrating the anniversary of the Apollo 11 moon landing.

To be held on July 20, general manager of Code Club Australia Kelly Tagalan said the event will look to both celebrate the role Australia played in the landing by broadcasting it to the world and, in turn, by teaching kids how to code, help ensure Australia will continue to be at the forefront of international science and technology in the future.

“Coding is the language of the 21st century. Empowering young Australians to be able to not just dream about, but actually create their own technology, is the most important lesson that they could learn to ensure their success in the future,” she said.

10,000 children are expected to take part in Moonhack, creating projects within several moon-related themes. This number is due to the huge growth of Code Club since its Australian launch in 2014: there are now more than 900 Code Clubs across Australia, providing teachers and volunteers with tools and support to hold free coding lessons.

The space theme is also an interesting one: perhaps in part due to the fact that Australia does not have a national space agency, our role in the Apollo 11 landing remains the biggest event the average person is able to call to mind if asked about Australia’s contributions to the space sector. It’s also hard to name startups working in the sector.

However, there are a handful showing that Australia can create innovative new technologies and solutions for the space sector. One such startup is Sydney’s Quberider, currently gearing up for demo day of muru-D’s third accelerator intake.

Quberider wants to open access to space by launching cubesatellites holding experiments developed by others. As it gears up to launch its first payload later this year, it has also launched a program to get high school students across NSW involved, teaching them to code, analyse big data, and develop experiments, essentially making them real-life rocket scientists.

Chris Boshuizen is another Australian space innovator. A former space mission architect at NASA, he also cofounded Planet Labs, which operates the world’s largest fleet of Earth-imaging satellites. The data these satellites collect open up endless possibilities for industries the world over: they can help measure agricultural yields, monitor natural resources, or aid first responders after natural disasters, to name but a few examples.

In space, the possibilities are literally out of this world. You can register for Moonhack here.