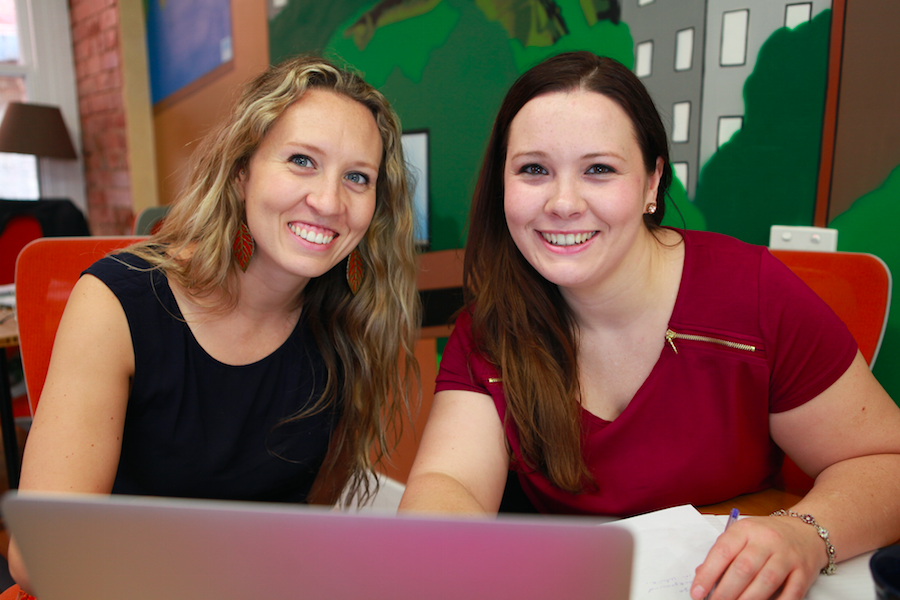 There is no shortage of apps and web platforms on the market aiming to help people track their spending and get in control of their money – I think I’ve tried about a dozen of them. After setting up my bank account and watching my spending for a couple of days however I usually quit; I already know that I spend a lot of money on coffee, brunch, and my Opal card, I don’t need an app to tell me.

Acknowledging this is a common problem, Adelaide sisters Kylea and Lauren Waller have come up with a new solution, MyMoneyZen, which looks to educate people about their money and spending. Essentially, it wants to help people figure out how much their life truly costs and, once that is done, help them figure out how much they can spend without guilt.

It works by having a user determine what their required expenses are, with the remainder of their income then highlighted and the user deciding ahead of time how much they want to spend and how much they want to save. MyMoneyZen then guides them to set up a series of bank accounts, with recurring transfers and direct billing and the like, to automatically control the flow of their money and its organisation – no tracking of expenses necessary. They know their rent and phone bill will come out of their expense account, while they can spend without guilt from their spending account, no need to track every penny.

MyMoneyZen is a web platform, however described by the Wallers as an online course with built-in software, which they believe encourages people to approach it with the right mindset.

“If we just call it an app, we find that people have grandiose ideas of a miracle app which they download and it instantly fixes all their money problems. We want to be clear about what’s required and attract the right people, who aren’t afraid of a little work if it’s going to mean setting up something which is going to look after them for years to come,” Kylea said.

Upon logging onto the platform a user is met with coaching videos and the custom software that helps set up the accounts. The videos not only guide them through the process of categorising their income and expenses and organising their bank accounts, but also supporting them emotionally – as the sisters say, learning something new and facing your money can be confronting.

“You know your bills money is put aside ready to go, you’re saving automatically and consistently, without needing to dip back in, and you’ve got spending money once a week to spend on whatever you want. If there’s money in your spending account, go nuts and who cares what you spend it on. As long as your spending is capped, it really doesn’t matter,” Kylea said.

The idea for MyMoneyZen didn’t originally come as a business idea at all. Instead, Kylea explained that while working her first part time job as she studied 10 years ago, she felt frustrated that she wasn’t able to make more progress with her savings.

“I had this thought that just because I was only working part time didn’t necessarily mean that I was going to make less progress than those working full time, and that’s when I thought, it’s not how much you earn, it’s what you do with it that really counts. It really all stemmed from that thought. While I couldn’t work more, what I could do was learn how to be really clear and in control of my money, and in the long run, I felt that would pay dividends,” Kylea explained.

Over the next few years, Kylea ended up tinkering with and building a system that worked well for her, which resulted in people asking her if she could set it up for them. Given she had made it for herself, she was surprised to see that it worked in the exact same way for others.

“Since it took around 8+ hours to set up back then, I started having to turn people away, because I just couldn’t serve them all. Ever since then it became a dream to make it available online, so that those who wanted it could have access. The thought of having a really good answer to a very important problem, and keeping it to yourself and turning people away, not helping them, just isn’t who we are,” Kylea said.

“We’re not built that way. We’ve pretty much been pushed to bring MyMoneyZen to life out of a profound sense of responsibility to share and help others. It’s just the right thing to do.”

The Wallers took to crowdfunding to enable the development of the platform, raising $20,000 from almost 200 backers and validating the idea in the process. Their expected delivery date was June, however the platform is in its final stages of development now, with the Wallers having brought on external developers and a ‘Dream Team’ of early users to test the platform as it came to life.

MyMoneyZen does not currently integrate with bank accounts; given there’s no tracking of expenses required, the Wallers explained that there is no actual need for this as a user can only spend what is in their spending account, however they will look to add their functionality if it’s something that its community wants.

A yearlong subscription to the platform, as stated on the Pozible campaign, is valued at $129. Given the fact that after the setup there is not much ongoing work required on the part of the user, Kylea said the startup is selling long subscriptions as

A year long subscription to MyMoneyZen gives the user access to the videos and software throughout the year. While there’s little to no ongoing work, Kylea explained that it’s still good to have access to the software.

“You can make quick, highly informed decisions when it comes to new financial commitments, if you want to start working with a Financial Advisor you have detailed info at your fingertips, and if you have a change of circumstances, like a raise or change of job, you can quickly adjust your numbers. Your data is also stored securely, and can be accessed from anywhere. We also recommend a yearly review of your ‘budget’, and this allows you to do a much faster update than starting from scratch.”

Like a number of other budgeting services, the startup is targeting women, in particular those who are already doing well but want to be in control of their money and make better progress towards their financial goals.

Despite the number of players in the space, the sisters believe they have a unique offering in that MyMoneyZen will teach them to manage their own money as opposed to doing it for them. As opposed to MyBudget, for example, whose users are often those in financial trouble, MyMoneyZen helps those who are already doing well.

“We see our main competition as companies like YNAB. In many ways, they’re probably the closest to what we do, but their approach to budgeting and their target market is quite different to ours. YNAB requires tracking expenses, and a lot of discipline and ongoing work. Again, it depends what you’re after,” Kylea said.

“There are a lot of people who love YNAB and to be completely honest, we’re glad that there are other companies out there with different solutions. The world needs a range of solutions for the range of people that exist in the world. If there are companies that are making people’s financial lives better, we feel this can only be a good thing.”

The Wallers are currently focused on launching the platform and delivering something that their subscribers love. Within 12 months they hope to have built critical mass within Australia with the help of a strong team that believes in their vision.