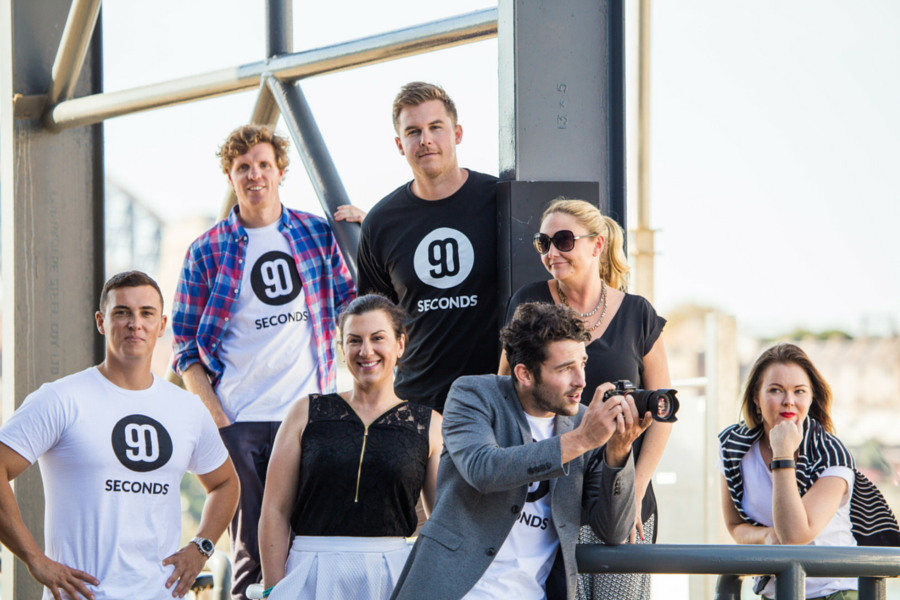 Global video production platform 90 Seconds has today announced the opening of new offices in Sydney and Melbourne. The expansion to Australia follows its recent funding raise of $10 million led by Sequoia Capital and is part of the company’s plans to drive recruitment around the country.

90 Seconds now has a full time team of 15 and over 700 creators in Australia driving growth in sales, production and customer satisfaction. The company is set to rapidly scale over the coming months and is already working with many large brands like Uber, Visa, PayPal, Barclays and Microsoft across its global operations, and the likes of KPMG, HP, eBay, and ANZ locally.

Founder of 90 Seconds, Tim Norton said, “By 2017, video will account for 69 percent of all consumer traffic, so we are proud to have developed a solution that works for global brands to deliver fast, affordable content. For Australian companies, 90 Seconds can help them produce quality video for a fraction of what advertising agencies would charge.”

The video production startup works to streamline the costs of shooting across multiple locations, connecting brands and their agencies with video creative professionals like videographers, directors, editors, producers, animators and even drone operators in more than 84 countries.

Content and video marketing, along with social media, is estimated by eMarketer to be worth $118 billion, with 64 percent of marketers expecting online video to dominate their strategies in the near future. These statistics are highly favourable to 90 Seconds who have in the last 12 months reported over 300 percent in company growth.

“We have streamlined the production workflow so companies can purchase, plan, shoot, edit and review professional video online or from their mobile device from anywhere on the planet,” said Daniel Littlepage, managing director for 90 Seconds, Australia.

Earlier this year Startup Daily sat down with Littlepage to discuss how the originally small startup from New Zealand has become a global brand.

“In the last two years we’ve really focused on becoming a global brand and we have opened offices around the world,” Littlepage told Startup Daily. “We’re a cloud-based business, which means there are no real boundaries in terms of the locations we can work. For 90 Seconds to grow and expand to where it needs to be, it needs to be global.”