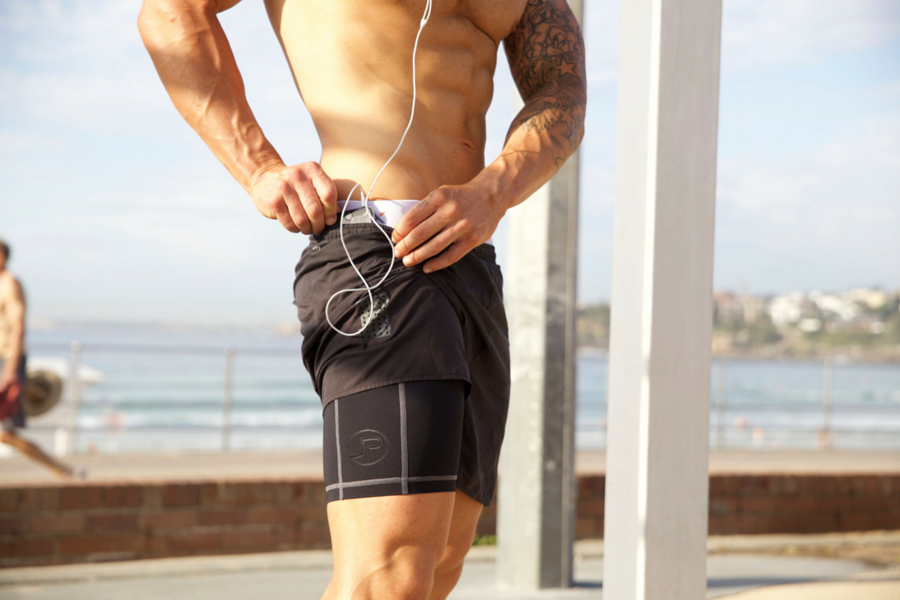 Let’s have a minute of silence to commemorate all the cracked and broken phones, from smashed phones screens to the mobiles drowned in pools of toilet waste and liquor. We’ve all been there and done that and many of these incidents occur when we’re stone cold sober.

Whether you’re a fitness freak or a casual jogger everyone wants to listen to music to pump them up and give them the Eye of the Tiger Feel at the gym. Personal Trainer Matt Chapman has observed many people dropping and cracking their phones while at the gym.

“I wrecked three phones due to sticking the phone down the side of my undies and the sweat ruined the camera,” said Chapman.

No longer do we carry around bullet proof Nokias that will probably outlast us all, today’s smartphones are more temperamental. In 2014 Americans spent $23.5 billion in replacing broken smartphones, according to SquareTrade data.

To decrease the number of broken phones in at least one area of activity, Chapman designed special activewear called PocJox to enable gym enthusiasts to train hands free. PocJox is a compression underwear with two sweat resistant pockets, one to hold your phone and the other to hold your credit card, keys or cash.

“I wanted a to develop a product that used the best technical fabric for training, and marry it with a design that would protect your phone and ensure you could have a full range of movement while you worked out, whether you were in the gym, on a run, cycling or just taking a walk,” said Chapman.

The activewear is made out of high-grade compression fabric from Italy. PocJox uses three layers of fabric, which includes a waterproof membrane for the middle piece to create a completely sweat resistant feature.

PocJox is manufactured in China and can be shipped for free all across the world for orders over $100. A pair of women or men’s half-shorts start from $64.96 and increase up to $99.95, depending on the design. 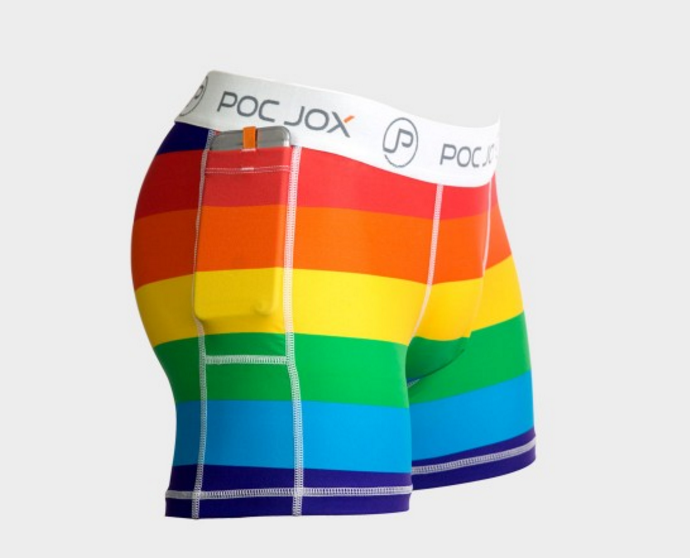 Currently compression underwear is targeted towards athletes who need to wear form fitting garments, however Chapman believes there is not a great deal of other products that are specifically waterproof for people who work out.

Chapman is so invested in PocJox that he sold his house to fund the venture, which perfectly opitimises the entrepreneurial spirit.

“I’ve always had a bit of an entrepreneurial side and when I came up with the idea I knew I needed to put some cash behind it because I am so passionate about it,” he said.

Chapman admits that he doesn’t have any experience in apparel or underwear, so the design of PocJox has been part of his journey into fashion and activewear.

“I did a lot of research, taught myself and learned online and from other people, from my networks, about different fabrics. And yeah, very new, started with a pad and pen about two and a half years ago and since then I went through about fifteen rounds of samples before I was happy with the pocket.”

“We reworked designs and samples dozens of times,” Chapman said. “I was lucky enough to have friends who were professional athletes and other PT colleagues, and through trials and feedback from tens of people, I was able to perfect the design and the production to produce a product that is truly different and better than anything else on the market.”

From launch in November last year PocJox has transformed from a vision and into a reality, and the product is now being sold in Phone King to align itself with the average smartphone consumer. PocJox can be purchased from all 11 Phone King stores and now Chapman has revealed he looks to target the bigger sports stores like Rebel Sports and Sports Power to then align the brand with athletes and gym junkies.

Within the last six months PocJox has made over $100,000 in sales and is on the path triple that by the end of the year.

Chapman said, “Since I launched the product late November last year has just been overwhelming. I mean sales is one thing, but just the general feedback from the public and from my target audience has been very good, very positive so it gives me confidence that people do actually love the product and want to see different colours and different designs and they want more, I guess, which is exciting.”