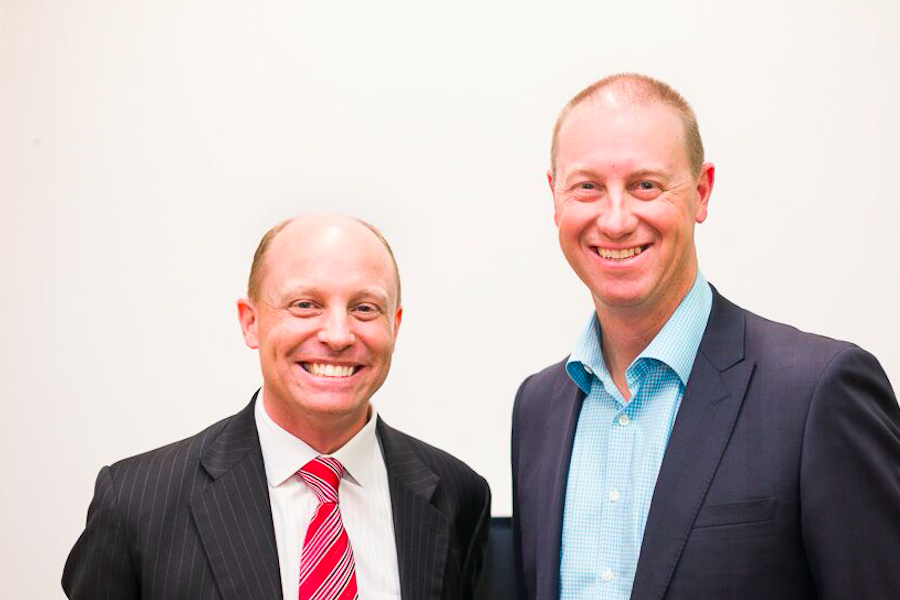 Whether it was at a conference, a training day at work, or a university lecture, it’s a fair bet that most of us have sat through a presentation that could have been made better through the use of more stimulating resources or the use of a system that allowed for easy note taking and capturing of what went on through the session for later revision rather than an old school paper handout that is easily lost at the bottom of a bag by the end of the day.

Originally launched as a web-based platform that simply allowed session attendees to access a presenter’s slides and other files or links so they could download their own copies and make notes, the startup found that training professionals rather than individual presenters were getting the most use out of the platform, and therefore made the decision to hone in on that niche.

Jeff Robson, who cofounded the company with Justin Davies, said the original idea came from his experience giving a presentation at a conference. There were around a hundred people on the room, he said, with people asking questions, and a few who came up to chat to him and exchange business cards after his presentation, but apart from that his interactions with the audience were for the most part done once he left the room.

“That was really why we started the company, to try and improve the interaction between a presenter speaking and attendees. Initially we had also thought about doing a bunch of other things as well, like trying to make it easier for attendees to connect with each other and not exchange business cards and all sorts of things but we said, no, let’s just try and solve one problem, and decided on at least just solving the presentation bit. Now we’ve kind of narrowed again to solving a particular type of presentation,” Robson explained.

Robson said the decision to pivot, or hone in on Prezentt’s focus, wasn’t so much a hard decision as a logical one. He said he emailed the team to tell them his thoughts, they had a meeting, and everyone agreed. Four months of hard work later, the new platform was ready.

As it now works, Prezentt allows a user, which you could think of as the individual speaker/trainer or a training company, to set up a course. The speaker uploads a copy of their slides and course materials into the system, and then when presenting, can deliver their course the same way they normally would, whether it be through PowerPoint, Keynote, Prezi, or other presentation software.

“They don’t need to change how they deliver the course, so that’s quite an important distinction, but what Prezentt allows them to do is to not necessarily print out all of their things they would normally print, so this is a massive both time and cost saving. Collating and printing all of that paper is obviously bad for the environment, but it’s a massive cost and a huge waste of time, and then if you’ve got to courier it and carry it to the right place, it’s just really difficult,” Robson said.

The system also allows trainers to upload new content created during the course, such as pictures of a brainstorming session from the whiteboard or other resources, and have participants ask questions and partake in discussions.

The startup’s target market centres on training companies and individual trainers, with Robson saying that Prezentt’s estimates put the market size at around $4 billion across English-speaking countries.

The startup is also looking at universities, with Curtin University already on board. While universities already use technologies such as Blackboard to distribute resources to students, these are still not as easy to use as they could be (as a fairly recent graduate, trust me on this).

“We see a lot of people in university lectures actually holding up their iPad or their iPhone to take a photo of the screen and then writing notes against it, and we’re thinking, that’s just crazy. If you’re using our system, you would have a beautiful high res image of whatever’s on the screen and you could make notes and you could have them both saved together,” Robson said.

“It’s quite a compelling proposition for them that, that for a little bit of software cost and a tiny bit of training, you can actually get something that’s really, really valuable and useful to students and participants.”

Having raised a small amount of funding from investors, Robson said that over the next 12 months or so Prezentt will look to raise about $500,000 in order to put more resources towards sales and business development.