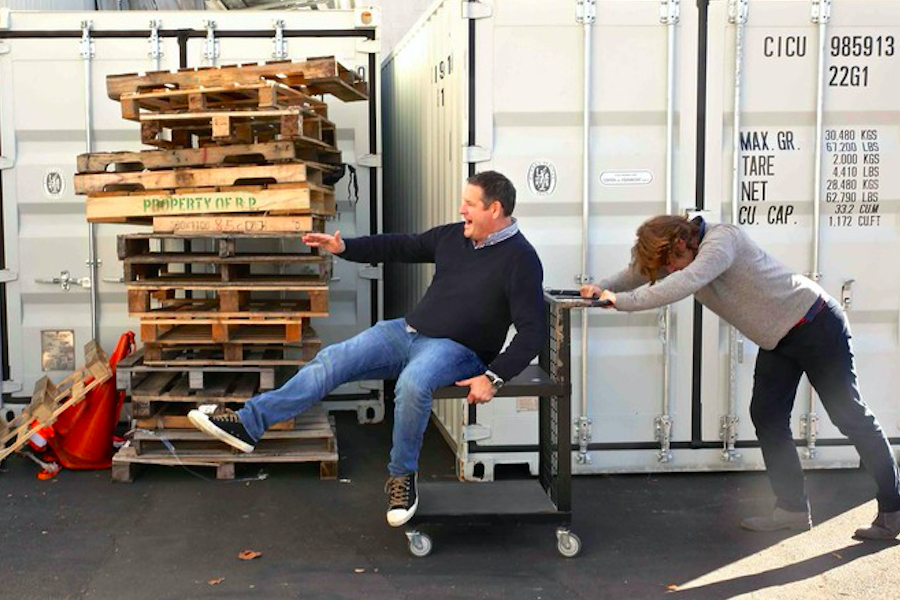 Online shopping is now so pervasive, with giants like Amazon through to small startups delivering us everything down to our groceries, one might be forgiven for wondering whether there’s any original spin that can be put on ecommerce, but New Zealand startup Container Door may have just found one.

Established late last year, Container Door is a new take on the group buying model, allowing customers to essentially come together to get the best deal directly through a manufacturer. It works like this: founder Ben Nathan regularly travels to Asia to negotiate deals with factories for a full container of a particular product. Once the price is agreed, products are listed on Container Door and once enough orders are placed, the group order is placed at the factory, and a container is shipped.

“I’ve been importing for just over 20 years, and thought of the idea about eight years ago, but the timing just wasn’t right. I didn’t think people would want to buy high ticket items online without actually seeing them, so I just sort of kept it to myself, didn’t say much and then I just felt the last sort of seven or eight months there’s been a huge push with online retail, so I went for it,” Nathan explained.

Deals on the site last for 14 days, after which the Container Door team decides whether enough orders have been placed to do a deal with the factory. Nathan said that a factory may be happy to produce the product even if a full container load has not been reached, in which case the startup will look around to consolidate the deal with another factory and ship two products in the same container.

“If the deal doesn’t go ahead, no one has to pay any deposits, so there’s no money put up and we don’t have to refund any money, nothing ventured, nothing gained. If we only had five people wanting a couch or something, then the deal wouldn’t go ahead, but other times we’ve sold two or three containers in one deal,” Nathan said.

The startup deals with specialist factories, at the moment working with around 30 factories, mainly in China. It sells things like stand up paddle boards, stunt bikes, surf boards, dining tables, TV cabinets bedside tables, and more.

Each product is accompanied by a fun little video produced by the startup describing the product and showing it in action, while customers in Auckland can also pop by the startup’s showroom to check out potential buys in person.

“We’re getting a lot of suggestions from our customers, which is great because that’s really the vision of what we want, we want our audience, our consumers, our users to actually source or decide what they want and then people will vote on that, like someone might say, ‘hey, I saw this great outdoor table when I was in New York’ and taken photo of it and then we get our consumers to vote on it, and if we get enough votes then we’ll go and source that and put it up on our website so we essentially are using our own database to tell us what they want,” Nathan said.

Though ecommerce is often seen as the younger shopper’s domain, the startup’s customers are largely in the 35-55 age group, with Nathan explaining that Container Door naturally appeals to the older demographic due to its selling of higher ticket items.

“We’re not doing small items like clothes and makeup, it’s bigger pieces, things for the house, sports goods, things that they can really spend money on, so our demographic has got a higher income or at least an income in that sort of tier that comes with that older age group,” he said.

“The data that we’ve been collecting shows we’re cross-selling a lot. Someone who’s buying a standup paddleboard will also buy a piece of furniture for their house, they’ll also buy something for the kitchen, which is really, really, it’s great for us and it means that we can cross-sell over categories. We’re not just getting a hardcore person who’s interested in one thing, which is great.”

Recently launched in Australia with the PR help of some social media influencers, Nathan said Container Door’s growth is seeing the team put up around 40 to 50 a month. He said his big vision, however, is to connect consumers with the manufacturers themselves directly, “right down to the actual person that owns or controls the factory”, in order to move beyond just Chinese factories shipping to Australia and New Zealand.

“We might want to sell Italian coffee machines to someone in America, or Australian-made honey going to China and so on, so essentially there’s no borders. That’s really the vision. It goes beyond just trying to do deals and Australia and New Zealand and stuff in China, it’s only really the start of it for us,” Nathan said.

To reach that point, of course, Container Door will need more resources, but Nathan said he wants to wait at least six months or so before bringing on investors, with the key to bring on someone with the right expertise in ecommerce to help the startup achieve its goals.