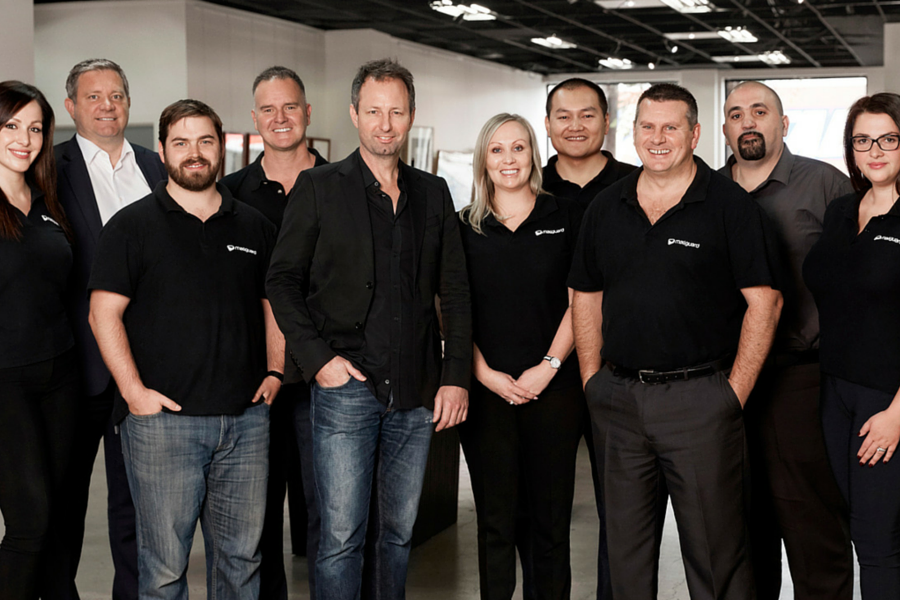 Australia’s leading cloud security provider MailGuard has today announced a partnership with Southern Cross Protection (SXP), one of the oldest security companies in the country. The partnership will see both companies expand cyber security protection and adapt to the changing threat landscape to better protect their clients.

It has become clear that if companies like Facebook can be hacked than businesses need much better protection than just bricks and mortar.

“Cyber security is perhaps the biggest threat to Australia fulling the opportunities of the digital age. We need the policies and infrastructure in place to engender confidence in online platforms. Without this confidence, we place economic growth and productivity at severe risk,” Andrew Johnson, CEO of the Australian Computer Society (ACS) told Kochies Business Builders.

The partnership between MailGuard and SXP is the next step in a series of strategic moves in the evolution of both companies. SXP has increasingly become an early adopter of new and innovative technologies, including drones that provide surveillance of client facilities in Asia. The collaboration with MailGuard will now see SXP further enhance its core offering from physical security to include cyber-protection for more than 5,000 of its Australian customers, a first for the almost 100 year-old company.

Under the deal, SXP’s Australian and New Zealand partners will have access to MailGuard cloud, web and email security solutions as a part of SXP’s security package.

Founder of MailGuard, Craig McDonald explained how working alongside SXP will foster a safer online environment for businesses.

“In the past, major criminal threats took the form of bank robberies and property invasions, however modern sophisticated crime networks can access the details of thousands of individuals or companies, with millions of dollars at risk, all online from an unknown remote location. This partnership is a response to that changing threat landscape,” he said.

Being a pure-play cloud email and web solution, MailGuard is different to traditional antivirus as it protects businesses against a range of security threats like phishing, malware, spyware, viruses and spam. In recent times, cyber threats have become significantly more sophisticated and coordinated, and the toll on businesses and governments is on the rise.

“It’s a common assumption that traditional anti-virus software will protect users against any and all attacks, but this is simply not the case,” said McDonald.

MailGuard is able to be deployed alongside traditional antivirus and email hosting solutions like Microsoft Office 365 and Google to improve web and email security for business, enterprise and government. MailGuard has deployed Artificial Intelligence within its cloud delivery architecture to better counter fast-breaking attacks that require early detection and prevention.

According to the Australian Government’s ScamWatch website, over $340,000 has been lost to phishing scams in 2016, with almost 5,600 reports of attacks or attempts sent in. Email was the delivery method for 48 percent of attacks.

Tim Murphy, general manager of IT risk for SXP said, “Our customers’ requirements have evolved and we identified a need to provide not just traditional ‘guns and batons’ physical security, but with the increasing proliferation of cybercrime, we need to ensure our customers are protected online as vigilantly as we protect their physical assets.”

“For us, MailGuard is the clear leader in that space, and there is no other company we would trust to provide that level of technological and business support to our customers.”

From today SXP clients will be able to add MailGuard to their current stack, complimenting on-premise antivirus solutions and security measurers native to mail hosts.

As businesses call for better protection, so does the regular smartphone user. Earlier this week Norton Security announced the launch of Norton Wi-Fi Privacy to protect mobile users against cyber crime. The release of the security app is also part of Norton’s plan to educate people on how easy it is for hackers to steal private data when a smartphone is connected to public Wi-Fi.

The new subscription-based app, available on both Android and iOS devices will act as a VPN for mobile and will encrypt all data sent over a public Wi-Fi network.

According to Norton’s research, 57 percent of people believe their information is safe when using public Wi-Fi and only 35 percent can tell the difference between secure and unsecure Wi-Fi networks.

As complacency towards internet security continues to rise it’s crucial that trusted names like Norton, SXP and MailGuard educate its customers on the importance of shielding information from potential hackers. With more people running their businesses online to sell products and services, every startup is potentially at risk of experiencing some form of cyber crime.