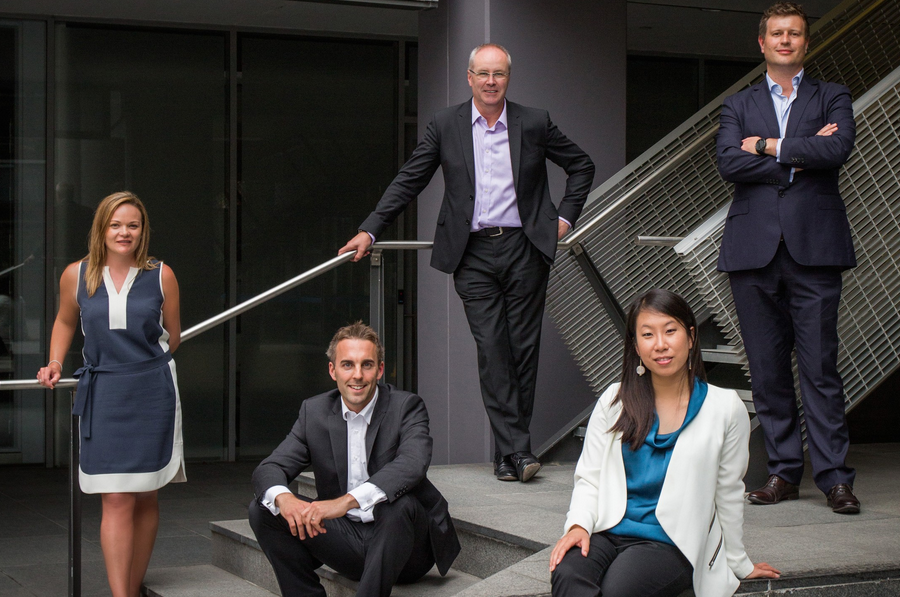 A delegation of leading international fintech investors and experts this morning took part in a breakfast panel discussion on the potential for Sydney to become a global fintech leader and the potential of blockchain technology.

Featuring Andy Tsao of Silicon Valley Bank, Sheel Mohnot of 500 Startups, Ricardo Correia of blockchain technology company R3CEV, and Angus Champion de Crespigny of Ernst & Young in New York, the panel was led by NSW Minister for Trade, Tourism, Sport, and Major Events Stuart Ayres who, between the delegation, Vivid Sydney festival, and tonight’s State of Origin series opener has all his portfolios on the go.

Ayres welcomed the strong morning crowd, saying it reflected the growth in Sydney of a “real sense of urgency and desire to take part in something that’s growing all over the globe…and Australians have this really unique attribute of being able to punch above their weight.”

While NSW is working with state governments around Australia, as well as the Federal government, to promote the national innovation sector, Ayres said Sydney is well placed to be the hub of the Australian fintech sector.

“As global economic activity shifts from Europe and the United States to emerging markets across Asia, Australia presents a very unique offering for not only a safe landing zone in Asia, but a very, very strong launching pad, especially when you’ve got the capacity to protect IP, a strong rule of law, and the opportunity to access an increasingly deep pool of talent.”

The international outlook was a key focus for the morning, with Ayres’ view that Australian fintechs must look to expand globally from their early days reflected by the panel.

Mohnot, who focuses on fintech investments at 500 Startups, said that in terms of Australian startups he is looking to find those ready to expand “in the near term.”

To find these startups the delegation, which also features Guy Saxelby of Invoice Trader, Rebecca Fannin of Silicon Dragon, and Justin Amos of Digital Asset Holdings, among others, is spending the week meeting with key local players including Stone and Chalk, H2 Ventures, the Commonwealth Bank’s Innovation Lab, Westpac’s Reinventure Fund, ASIC, and the ASX.

Brought out by the NSW Government, the delegation is also meeting with the local offices of US tech firms that have established their Australian base in Sydney, including Braintree and Dropbox, who will be telling their stories as case studies on their entry into the Australian market in the hopes of encouraging others to also set up shop in Sydney.

The delegation’s arrival comes with the appointment of Danielle Szetho, formerly banking and finance industry head at Fairfax Media, as the inaugural CEO of industry representative body FinTech Australia today.

Simon Cant, president of FinTech Australia and cofounder of Reinventure Group, said, “Danielle has a huge amount of passion and energy for Australian FinTech, and the perfect mix of skills to help FinTech Australia achieve its vision to make Australia one of the leading markets for FinTech innovation and investment.”

Szetho said she will work to “create supportive infrastructure and more connectivity between our members, partners, and the broader fintech ecosystem in Australia and overseas”, with the organisation also looking to establish nation-wide benchmarks and regular touch-points for the sector.