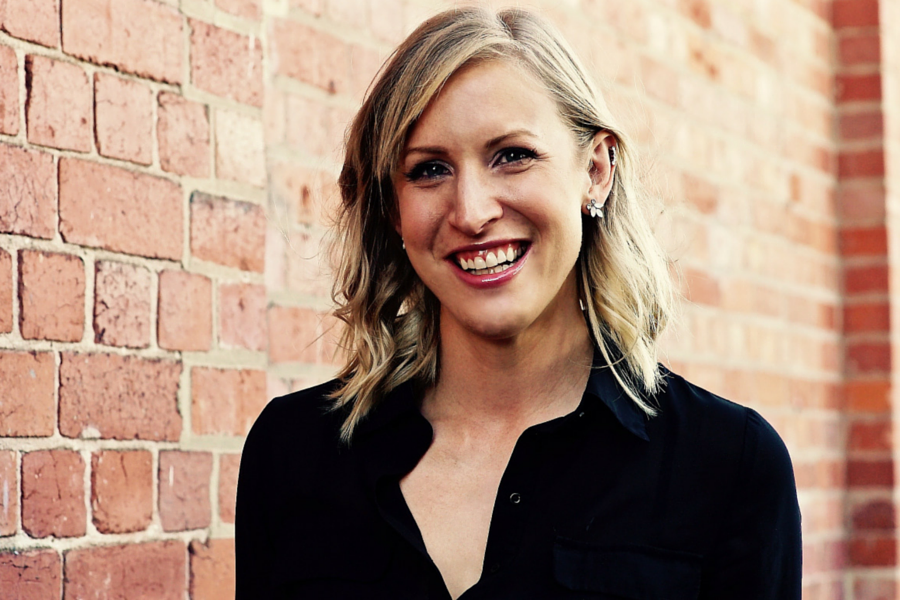 When marketing is personalised, 61 percent of consumers feel more positive on receiving communication, which fosters better engagement and interaction with businesses and brands.

This rings true for many brands who have tapped into the idea of personalised marketing; for example Coke’s ‘Share a Coke’ campaign saw a 2.5 percent increase in total sales, which is a lot considering 1.7 billion of Coke products are consumed every day.

This type of personalised marketing is moving from the physical world and into the digital world, where brands want to create personalised videos and targeted ads towards their consumers to make them feel good about themselves and align themselves even more with their brand.

Having cofounded video agency Visual Domain in 2008, entrepreneur Renece Brewster saw a gap in the market for one of a kind video experiences. Visual Domain was turning around videos within a day and Brewster started to question whether there was a way to make this process even quicker and even more personalised.

The idea for these personalised videos sprung from Brewster’s experience with FlyBuys, where a simple email would identify all weekly specials in her regular grocery list.

From there Brewster turned her attention to a new venture called Data Creative, where she set up a video template that could create hundreds of thousands of personalised videos within seconds.

Data Creative is a Melbourne startup that integrates a client’s back end system with its API to automatically generate personalised content for everyone. Once a video is created it is open to be recreated and personalised over and over again, so there are no geographic confinements making the video scalable and globally marketable.

“We can literally kind of service the world with it, we’re not confined to just where we’ve got loads of crew and where we can send somebody, we can get video content from all over the world, put it on this platform and actually be able to create videos that scale really quickly,” Brewster said.

“Once we’ve got a template set up we get something happening, like a trigger or a date or a milestone or someone says, I want to create a video, or based on sort of predefined rules that we’ve made up, but that’s totally unique and personalised for that individual.”

Looking at the likes of 90 Seconds and how much market interest video production generates, emerging platforms like Data Creative have an enormous opportunity to take a slice of the pie and offer more specialised content that currently others don’t provide.

Data Creative offers a product that is beyond what traditional video templates offer. Videos are not just personalised in the sense of including someone’s name, the platform integrates more personal details like birthdays, purchase histories, and automated individual video messages that can be sent out from one to one million people.

Brewster said Data Creative looks to understand a person’s interest in a particular topic and then use that interest to communicate a message, by sending out parts of a branded video that’s relevant to them. This is also based on where the consumer is at in terms of a current sales cycle.

For example Data Creative previously ran a campaign for Hawthorn Football Club and created a simple video message saying, ‘renew your membership for the new premiership season, starting 2016.’ This message was sent out to all their previous members who hadn’t yet renewed, which was the core message, however from this 72 core variations spun from that core message to generate tailored suited videos.

Data Creative officially launched in October last year and initially started as a product working underneath the Visual Domain banner, but has now spun out.

Over the past 10 months, Data Creative has helped a number of big businesses around Australia deliver one of a kind video experiences to their customers, including Flybuys, Ray White, NAB, and Bupa.

“What makes Data Creative different is the majority of our team has a video production background, which helps us understand the types of communication people are looking to deliver to their audience,” she said.

The platform has been bootstrapping and is now looking to raise $1 million in funding to build a SaaS based version to take to market so Data Creative is accessible to anyone and not just large corporations.

Brewster said a lot of the team’s background in the real estate industry, which is another market area Data Creative is looking to tap into. As well as building relationships with industries and businesses in Australia, Data Creative is already global so Brewster will also be looking for work overseas to grow and expand the startup’s reach.