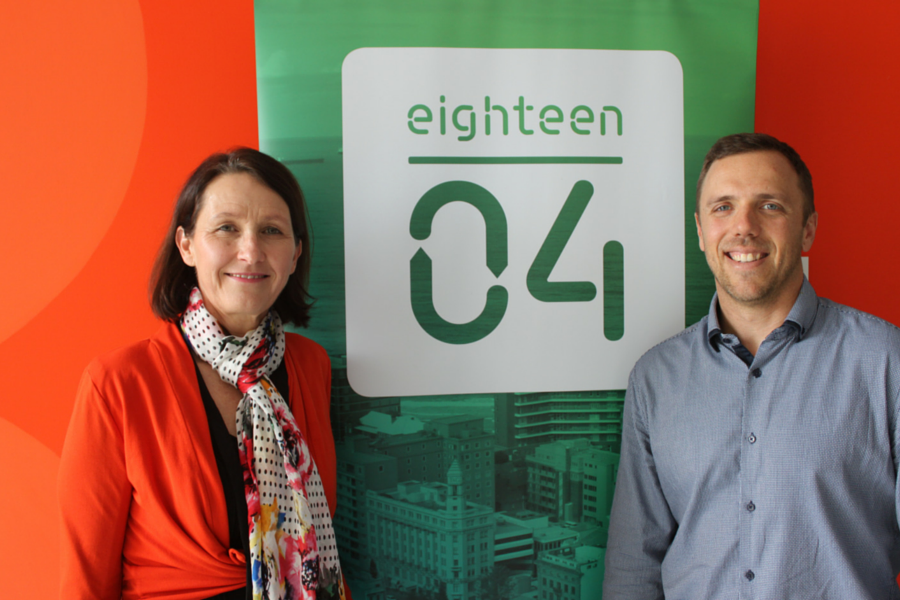 The future prosperity of many regional towns is based around how they adapt and innovate according to the latest technology trends, how they transition into new global marketplaces and, more importantly, how they monopolise sustainable energy solutions.

Previously world renowned for its coal exports and playing host to Australia’s two largest power stations, NSW’s Hunter region is now on its way to becoming a world leader in R&D for cleantech, committed to creating energy sources to progress into global markets.

Newcastle is home to the Institute for Energy and Resources, the Australian Solar Institute, and the Smart Grid, Smart City program. The region has attracted investment from CSIRO to create more focus on solar field research, which is part of Australia’s larger transition to smart tech and renewable solutions, while the City of Newcastle is also installing sensors across the CBD, with local entrepreneurs to then be given access to that data in order to create smart solutions.

To take that investment into renewable energy and smart city initiatives further is new Newcastle-based collaboration hub Eighteen04, which is looking to expand its support of regional startups and global tech innovators. Named for the founding of the city in 1804, the space is a non-profit and offers startups mentorship, workshops, and networking events to help them grow and commercialise.

Currently Eighteen04 stands alone as the only business hub Australia-wide for cleantech and smart city startups, though as world issues around sustainability and urbanisation increase, more spaces focusing on these two verticals are likely to emerge.

“By specialising it allows us to offer services such as technical mentors, linkages to funding that’s more specialised to add extra value. But it’s also leveraging off the strengths of the region, of Newcastle and the Hunter, its strengths in STEM and also in deep technology,” said James Giblin, executive director of Eighteen04.

“We believe it’s two verticals are quite large global markets that are growing, but it’s also addressing some of the biggest issues facing the world today around sustainability and urbanisation.”

In the cleantech and smart city spaces especially, development revolves around en masse innovation and collaboration. Around the world both sectors are open for disruption through the development of renewables, lower prices points and ease of access thanks to the internet.

Giblin said that Australia is so far only scratching the surface in terms of what we’re capable of with smart cities and cleantech.

“There’s a huge opportunity there and we’re really just at the beginning of that industry, and especially in  the smart cities area, it’s something that every government in the world is currently looking at, looking at how they can improve their services and how they can use the latest technology to do that.”

Eighteen04 is currently running out of a small space at CSIRO’s Energy Centre in Newcastle. To date the hub is working with five startups, with plans to expand its space to 100 seats by the end of the year. These spaces are open for startups who are at all stages of development, from those who are capital heavy and are at the end of scale, and those who are capital light and may need four years to commercialise. It’s all about the end product and the different journey each startup takes to profitability.

Startups currently working at Eighteen04 include those working on technology such as smart sensors, which have a range of applications and can be used to assist smart parking or improve the functionality of different community-based activities. For example one such startup working in Eighteen04 is a smart bin sensor, which informs councils as to whether public bins are full or empty to optimise the garbage truck route and minimise the time trucks spend on the road.

Established last October, the plan for Eighteen04 is to develop an incubator program for its startups,  with the idea coming when Giblin was in crucial need of funding for his own startup. Giblin was working on a startup in the energy management space and failed to find the traction the project needed to become viable.

Eighteen04 initially won seed funding from Newcastle City Council and formally moved in its first residents in October. The incubator’s chair, Dr Gunilla Burrowes, was also the founding member of Rights House Incorporated, an angel investing organisation based in the Hunter region, and her connection to Hunter angel investors, along with Eighteen04’s relationship with CSIRO and Data61, enables the incubator to customise support to each startup and leverage off the existing communities in its region.

“We see Eighteen04 as an exciting development in Newcastle’s ecosystem, building its diversification story to include a ‘create and scale’ economy,” said Burrowes.

As well as expanding its seating space, Eighteen04 is currently closing a round of funding deals to secure a move to a new location. Giblin said he is looking to raise up to $1 million, which will enable the space to also run specialised incubator programs and other initiatives for cleantech and smart cities.

One such initiative the CSIRO solar hackathon Hack the Sun, which Eighteen04 sponsored to continue the conversation around solar and the best ways to create a lower emissions future. Integrating renewables like solar has been a focus of the CSIRO as new ideas revolving around cleantech have the potential to create real impacts on the everyday Australian.

However, the launch of Hack the Sun came shortly after CSIRO announced it would be cutting jobs from its climate science division, with the Sydney Morning Herald reporting that the organisation is considering outsourcing its climate modelling work to Britain.

Thanks to these funding cuts a number of CSIRO climate scientists were made redundant, with the Greens criticising the Government’s pivoting of the CSIRO’s dedicated marine research vessel to now be used by BP and Chevron to explore oil and gas.

“What the committee learnt was that there has been a massive hit to CSIRO’s reputation and in fact to Australia’s scientific reputation. So much damage has been done by the cuts that have been proposed, it is going to take a long time before people have trust in CSIRO again. It is not just a matter of saying, ‘Oh well, we are only cutting 40 now; everybody else can feel okay.’ There is a lack of trust now. And even the scientists that are going to be left do not have the trust that their jobs are valued and are necessarily going to be there in the future,” a spokesperson from the Greens previously said.

Despite these criticisms, the CSIRO is now trying to shed light on their ‘renewable’ and clean energy solutions through hackathons, and collaborations with incubators like Eighteen04.

With its access to multiple industry resources, Eighteen04 is in the position to be able to provide startups with open source data, angel investment, and  most importantly a testing ground to assess the viability of their products. Collaborations with industry leaders, innovation projects, scientists and researchers could see the Hunter region become Australia’s biggest sandpit for clean tech and smart city entrepreneurs.