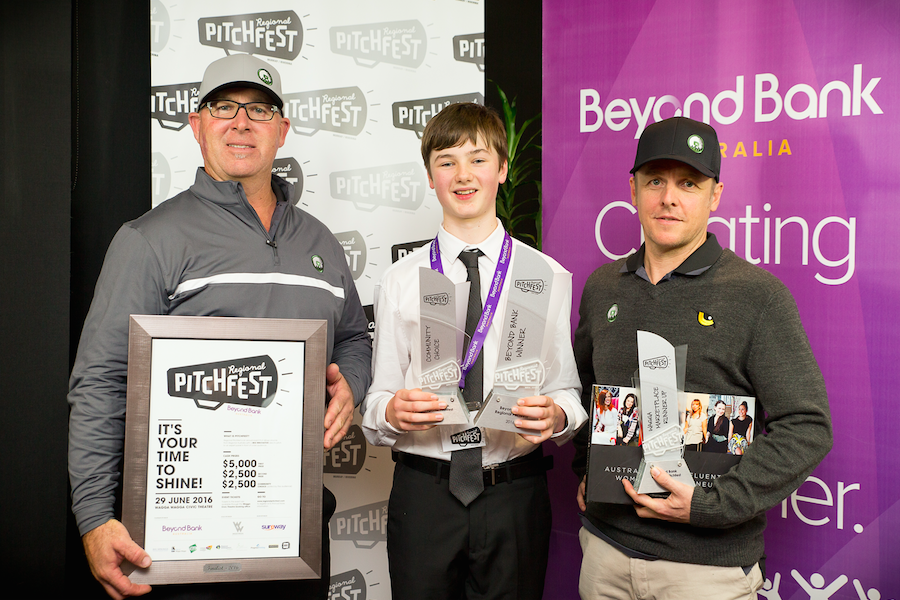 Through its marketplace for 3D printers, electronic kits, and online tutorials, Edukits is looking to get more kids interested in tech, with Nixon planning to market to schools and teachers directly to have them bring the kits into their classrooms.

Nixon’s pitch was one of six on the night, which highlighted the vast range of businesses growing in the region – while city slickers might assume the country is all about agritech, there is a lot more going on in the Riverina tech-wise beyond just platforms making life easier for farmers.

Pitching first was Wayne Jenkins of Wayton Automotive Training Videos, which is creating simple videos to help those working with trucks upskill and learn about their vehicles as their technology keeps changing.

In at second was Sam Brunskill, who pitched Mindful Communities Co, which is looking to co-create communities with landholders to provide residents with a sense of belonging.

Scott Howie pitched Wall to Wall third, a subscription service for wall art. The service wants to help promote the region’s artists by putting their art into people’s homes or the waiting rooms of doctors, dentists and offices on a rotating basis, with customers to be given the option to buy it outright after a certain period of time.

Up next was the eventual winner Nixon, followed by Rod Mafohla, who pitched a hardware system that wants to stop young children from drowning in the bath.

Lucky last, and taking out the runner up prize, were 36tee cofounders Andy Shuttleworth and Will Hood, which creates virtual tours of sorts for golf courses, taking golfers through a course hole by hole, coaching them through each shot.

Organiser Dianna Somerville, founder of – among other organisations – Regional Grants, Tenders and Corporate Services (RGTC) and Bush Angels, said she was overwhelmed by the dedication of the finalists and support from sponsor Beyond Bank.

“I know this is the start of an amazing journey with an inspirational group of regional entrepreneurs,” she said.

The diversity of the pitches was reflected in the judging panel, which featured 365cups founder Simone Eyles, Slingshot’s Trent Bagnall, founder of Enabled Employment Jessica May, Liane Sayer-Roberts of Sauce Communications, and Paul Brotherson of Millennia Group.

It was also reflected in the large crowd, with a number raising their hands when asked if it was their first time learning about startups. The first event of its kind in the town, the turnout for Regional Pitchfest showcased not only the excitement around tech and startups in the area, with Wagga Wagga TV also livestreaming the pitches, but also a willingness to learn more of what it’s all about.

With the NBN currently being rolled out in the region, coworking space Working Spaces HQ up and running, and a strong community developing, next year’s event is sure to be even bigger.