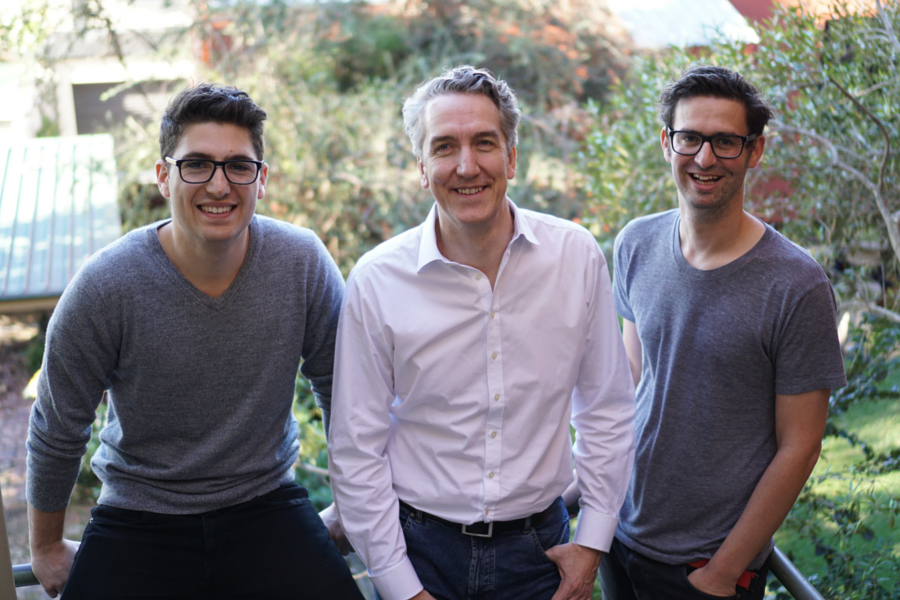 There has been an aggressive adoption of businesses leveraging the cloud in order to lower capital expenditure and control operational costs over the last few years. It’s a place driven by speed to market and pushes traditional businesses models to innovate and keep up the pace with the influx of emerging startups.

However, as companies look to the cloud to reduce their operating costs, time and time again they find themselves shocked by unexpected expenses: what should have been lowering costs is now driving forth expenditure. With expanding cloud usage the transparency and control companies have over their usage slowly diminishes. The extra costs of support, tools and skills can start to chew into other areas of saving and companies start to run the risk of bill shock.

To help companies make use of the cloud and eradicate the problem of bill shock is Sydney startup GorillaStack. The startup, cofounded by Elliott Spira, Chris Ellis, and Oliver Berger, provides companies with tools that automate their cloud infrastructure and send them messages to let them know how much they’re spending and where they can save.

“There is a propensity in the market for businesses to be over-provisioned in their cloud deployment. Insights is designed to ensure companies only pay for the resources they need,” said Berger.

GorillaStack gives IT managers insights into their cloud usage through real-time cost notifications and automated tools that make cloud deployments up to 40 percent cheaper.

“Manual investigations are costly, lengthy, and do not provide an ongoing level of analysis and support, the kind required to create long term cost efficiencies. Insights offers a solution to all these challenges by continually analysing the environment and recommending optimisations,” explained Berger.

For example, GorillaStack analyses a business’s system activity data, reviews CPU utilisation – a computer’s usage of processing resources – and looks at their hourly charges to help them understand the elasticity and load of their cloud environment. This boils down weeks of expensive manual investigation into minutes.

In 2011 Chris Ellis was chief digital officer at Trinity Mirror in the UK. To speed up innovation and build and ship product the company moved into the cloud. Ellis saw that while there were many benefits of moving to the cloud unexpected expenditure was starting to overshadow everything.

“I got an unexpectedly high bill, so it caused me and my CTO to look into what was driving that and then we took action to try to reduce that bill,” explained Ellis.

At the same time Elliot Spira was working with startups in Sydney and in turn received a fairly modest bill from cloud deployment. Together Spira, Ellis, and Berger came together to build a solution to reduce bill expenditure and solve the problems of bill shock.

“When you’re a startup every penny counts and he didn’t want to have an unexpectedly high bill or spike in traffic that he wasn’t aware of, and therefore a bill that was higher than he expected. So the short answer is, we’ve experienced these problems ourselves so we’re building a solution to solve that, both as startup and as a larger enterprising within the market,” said Ellis.

According to Ellis, there have traditionally been a number of companies that focus on providing analysis in terms of what cloud spending looks like by targeting the CFO or CIO within a company. GorillaStack saw a white space opportunity in this area to focus less on analysis and more on providing actual tools for companies to make the savings themselves.

Ellis said this is a relatively new market as most people approach bill shock from an analysis point of view rather than focusing on making improvements with tools, data, and products.

The classic case for companies experiencing bill shock is to seek recommendations, but after receiving advice they are often left scratching their heads on what to do next and how to implement savings.

At the core, GorillaStack uses different methods to automate savings, specific to each company. For example, the startup will turn unused servers on and off when a company is not using them. So if the development team heads home at 6pm the servers can be powered down and will be brought back up in the morning when work commences.

“Unlike other offerings in the market, GorillaStack’s Insights requires no upfront investment or commitment to long-term contracts, and savings are immediate. It also caters to companies of all sizes; from smaller organisations, which may have immature cloud setups, to larger businesses who are often prone to over-provisioning cloud services,” said Berger.

GorillaStack currently works off a monthly subscription model with preset tiers that key into the typical Amazon Web Services bill. For instance the tiers are set monthly for USD$0-5,000, $5,000-20,000 and $20,000-50,000. The charge of these tiers come to between one to two percent of a customer’s bill size. For more than $50,000 worth of bills, customers can call GorillaStack to work out a separate plan.

Currently the team are experimenting with a pay-as-you-go model to make the tools developers use a day-to-day bill process. One of the main challenges for GorillaStack is its target audience is a developer rather than a CFO or CCO. To get developers using the software GorillaStack is looking to offer a free trial, which may be best for it to grow and learn alternative ways to approach developers and expand its market.

GorillaStack first launched in 2015 and very quickly through early product and market testing the team learned the issue of bill shock was quite difficult to solve. They heard from small and large businesses alike that bill shock is a real problem and is under-resolved.

“You either put internal pressures, internal IT resource on it, or you work with consultants who will come and try to optimise your cloud for you,” explained Ellis.

In October last year Amazon Web Services featured GorillaStack at its global conference called Reinvent in Las Vegas. Ellis said for an early stage venture the conference gave GorillaStack terrific exposure. It resulted in several hundred trialists who provided quality feedback on how the service works, what features they would like to see and how to build out customers.

Amazon Web Services gave GorillaStack the momentum they needed to customer build and now the startup has begun to charge people for the service and build out its features. To date GorillaStack is responsible for helping companies around the world manage more than $20 million of cloud spending.

GorillaStack has paying customers in most geographic locations around the world. In terms of providers the startup is looking to pursue a dual track, one of building out a product road map and another of adding more features that go beyond Amazon Web Services.

The startup also attended a recent Amazon Web Services summit in Sydney, which provided a good source of leads to grow customers and revenue. From this GorillaStack aims to deepen its automation tools and ramp up customer acquisition.

Ellis said, “Priority one is product enhancements and priority two is starting to commercialise the user base that’s been using us to date.”