Students eager to be taught STEM subjects at school, according to national survey 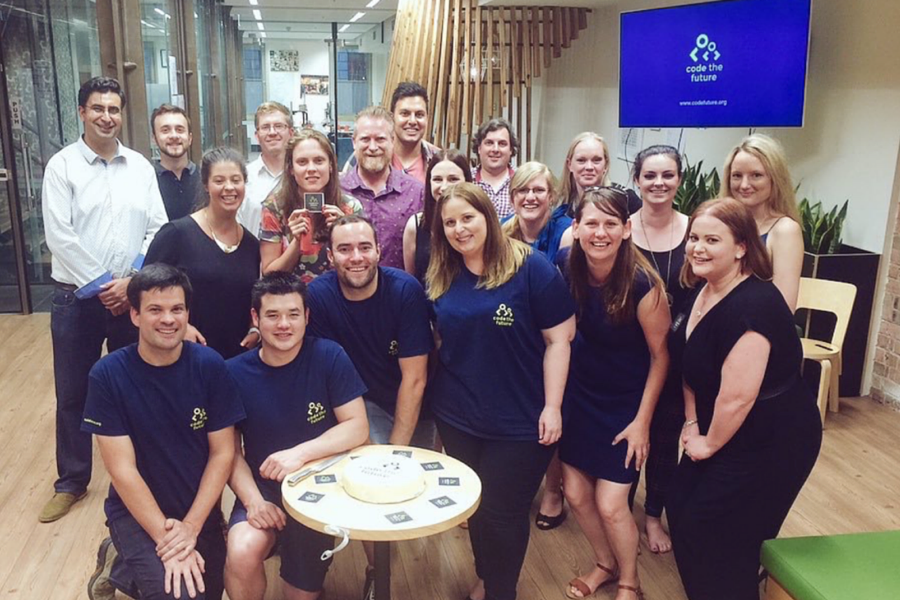 A national survey conducted by Student Edge, Australia’s largest member-based high school organisation, has found Australian students are eager to be taught STEM skills in class and are willing to have subjects such as maths and science made compulsory throughout high school.

The survey of over 4,800 students revealed 77 percent of students believe maths should be compulsory throughout high school, with 59 percent in agreement science subjects should also be mandatory.

While popular opinion also lists men above women when it comes to the popularity of STEM subjects, the Student Edge survey found this is not the case. While results showed technology and engineering subjects have a higher ratio of male to female students, maths and science subjects were equally popular among both genders.

The question now is how to not only get more kids studying STEM at school, but also address the gender imbalance in technology and engineering and encourage a greater level of female participation in STEM. Unfortunately there still is a significant drop off for young women who study STEM to then go on and choose careers paths based on these skill sets.

“If we can change stereotypical perceptions and communicate the message that these careers hold incredible potential for both sexes, we might see a serious culture change in Australia,” Tan added.

The insights into STEM forms part of Student Edge’s study into the minds and values of full-time high school students.

Student Edge was first launched in 2003 by students who recognised the challenges faced by the student community in terms of finances, career guidance and jobs. Since launch the community has grown nationally with over 800,000 registered members.

The core value of the community is to harness the power of the student community and lend support to students who would otherwise not have their voices heard.

As a powerful insight into the beliefs and values of students around Australia, Student Edge directly asked students their views on everything from STEM subjects, to ATAR, homework study environments, tutoring and BYO devices.

“We were overwhelmed by responses to the survey. More than 4,800 young people from our network answered the survey within a 72 hour time frame. That kind of response rate is phenomenal and highlights how connected and passionate students are about having their voice heard,” Tan said.

Looking at the results it’s clear a cultural and gender imbalance starts from education in schools and filters into the workforce.

Since 2001, the number of women enrolling in an IT degree has fallen from around one in four to one in 10, with women making up just 28 percent of the IT workforce.

Immediate past president of the Australian Computer Society Brenda Aynsley has said Australia has a “chronic shortage” of women graduating with computer science or coding skills, and that it is critical for the sector to capture the interest of girls as early as possible by teaching them coding and computational thinking in every school.

“All the research suggests that by the time girls reach 15 many of them have either dismissed or not even considered the option of a career in ICT. One of the key reasons is the lack of opportunity to engage in computing science, either through the curriculum or through extra-curricular activities. Feedback from groups such as Code Club and others suggests that once girls are given the opportunity to do coding they generally have a strong aptitude for it and excel,” Aynsley said.

These issues are being addressed by a number of community-driven initiatives, such as Code Club Australia and Melbourne startup Code the Future, which launched an ambitious plan in January to get 10,000 Australian school students coding by the end of the year. This plan coincided with an endorsement of the new Digital Technologies subject that is to be introduced into the Australian Curriculum this year.

Code the Future, cofounded by Bec Spink and Will Egan, is a community of volunteer developers and educators who provide opportunities for every Australian student, no matter their age or location, to learn how to code. The edutech startup was born out of a Melbourne Startup Weekend in 2014 and has since connected with schools and developers to equip students with necessary skills in coding.

“The problem is more students need to learn how to code in schools; we realised nothing had changed since high school and we wanted to do something about that,” said Spink.

To formally address the lack of students coding in schools, Opposition Leader Bill Shorten last year announced a $4.5 million funding program to help get girls coding in schools. Shorten announced that, if Labor is elected at the upcoming federal election, grants up to $150,000 will be available to organisations such as Code Club Australia, Code Like A Girl and Tech Girls Movement to help them scale their activities and reach more young girls.

It is hoped that tomorrow’s Federal Budget will also include funding for STEM education in schools, with Treasurer Scott Morrison stating he has earmarked over $1 billion for education funding.